The Suns were good they had Barkley, All-Star guard Kevin Johnson, and sharpshooter Dan Majerle carrying them on both ends of the floor, and if the whole series had been played in Chicago, they might have won the title. The Suns went 0-3 in Phoenix during this six-game series, losing for the final time on John Paxson’s iconic three-pointer.

You had an iconic triple-overtime game in game 3; this was a very tense hard-fought series. A series like this is why Michael Jordan is a legend and got some of the biggest shoe deals in history. Check out the top new sportsbooks!

If you want some great shoe deals check this site https://www.dealslands.co.uk/

Check out the top sportsbooks for betting on the NBA!

The Celtics led by four points with a minute to go, but the Lakers staged a furious comeback led by Selvy, who hit two shots and grabbed two big rebounds to tie the game. The Lakers had the ball and a chance to win the title, but Selvy’s seemingly easy 12-foot baseline jumper rimmed out as time expired, and the Celtics would go on to win in overtime. As the years went on, the shot was lamented as the Lakers’ best chance to derail the budding Celtics dynasty, as Boston rattled off a 6-0 Finals record against the Lakers in the Russell era. This extremely evenly matched series had four games decided by two points or fewer, and both the first and last games of the series went to double overtime. Game 7 will be best remembered for Bob Pettit and the Hawks’ two misses from close range that would have tied the game in double OT, a classic finish that remains the only Game 7 in Finals history to need a second extra period. 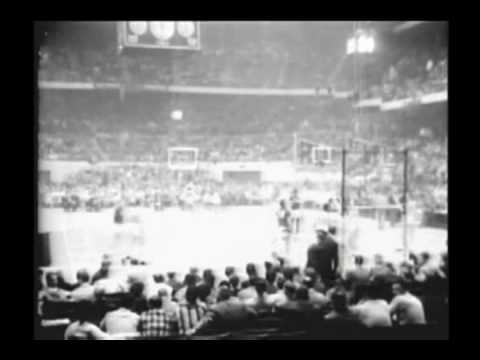 What happens if Isaiah Thomas doesn’t get hurt in game 6? Game 6 is forever remembered as the Isiah Thomas “sprained ankle game,” in which Thomas rattled off 14 straight points in the third quarter, severely sprained his ankle, then kept going and scored 11 of his team’s next 15 to set a Finals record for points in a quarter with 25. He ended up with 43 points and eight assists, but the Lakers managed to hold on for a nail-biting win that evened the series at 3-3.

Game 7 was an equally thrilling affair that saw the birth of “Big Game” James Worthy, who scored 36 points, grabbed 16 rebounds, and handed out ten assists for the only triple-double of his career. You’ll also see the controversial last play above where the Pistons had a chance to tie it, but Magic Johnson body-checked Thomas with no foul called. The play ended the series and gave the Lakers a second consecutive title. The series also featured Jerry West’s full-court heave in Game 3 that forced overtime, still one of the greatest buzzer beaters in the history of the NBA playoffs. The series was very high scoring, as the Lakers’ 99 points in Game 7 was the only time a team finished with fewer than 100 points in a game all series long, and the incredible offensive talent on display made this one of the great Finals ever. Of course, Willis Reed’s game seven heroics propelled the Knicks to the title.

The two squads engaged in a classic seven-game battle when they met in the Finals. The Bullets fell behind 3-2 after dropping a close decision in Game 5 but crushed the Sonics in Game 6 to force a deciding Game 7 in Seattle. The Bullets nearly blew an 11-point lead with 90 seconds left, but Dennis Johnson’s 14th missed shot of the game followed by a Bob Dandridge breakaway dunk sealed Washington’s 105-99 win and the only NBA title in franchise history. 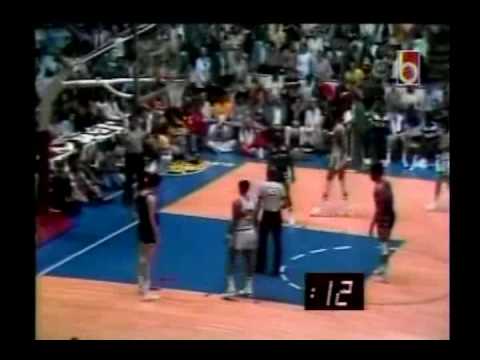 Before game seven the Lakers had suspended balloons above the floor in anticipation of the team’s ultimate triumph, prompting Celtics’ player-coach Bill Russell (in his final NBA game) to snarl at the Lakers’ Jerry West, “those fucking balloons are staying up there.” And stay up they did, as the Celtics held off the Lakers for a 108-106 win that brought the team its 10th title in 11 years. The Lakers’ loss certainly had nothing to do with West, who scored 42 points and was named Finals MVP. It remains the only time the series MVP has come from the losing side. Check out the best bookmakers! 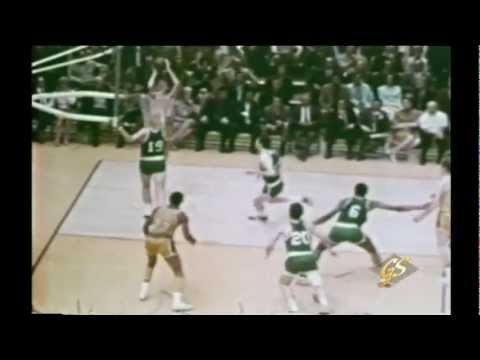 The Warriors blew a 3-1 series lead, and Game 7 was an absolute classic! This final had it all future Hall of Famers, close games, and of course an iconic moment that stands among the most clutch shots in the history of the NBA. The final two games of the series were among the tensest in recent basketball history, and the two teams involved only heightened the drama.

The Spurs, winners of four titles and possessing one of the all-time great coach-player duos in league history, we’re trying to put a final punctuation on their dynasty and win titles 14 years apart. The Heat, still maligned despite winning the title the year before, were trying to prove that they, too, had the makings of a dynasty. This clash of NBA powerhouses was one we’ll never forget. 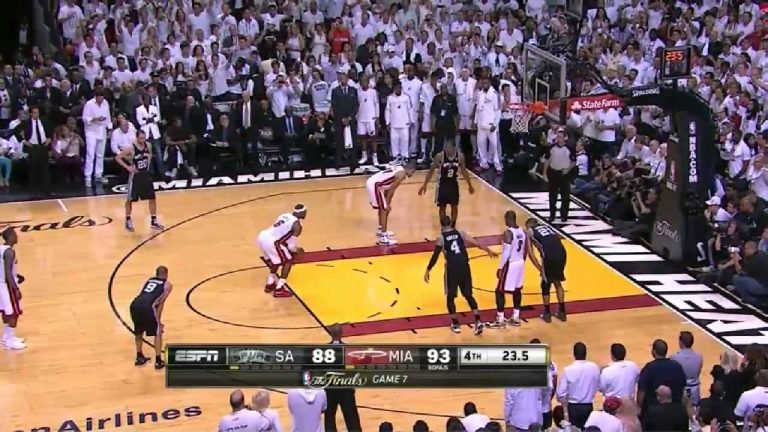 It looked like the Lakers were going to romp in this series, as they jumped out to a 2-1 series lead and held a five-point lead with under a minute to play at home in Game 4. However, tragedy struck for the Lakers as Magic allowed a key steal by Robert Parish and then missed two big free throws in overtime, allowing the Celtics to even the series.

It was one of the most brutally physical Finals in history, as Game 4 alone saw Kevin McHale’s famous clothesline of Kurt Rambis as well as Larry Bird and Kareem Abdul-Jabbar mixing up. Game 5 was the infamous “Heat game,” in which a 97-degree day in Boston mixed with a lack of air conditioning in the Boston Garden to make the conditions barely playable. The Lakers looked done at halftime of game six down ten at the forum but mounted a huge comeback to force game 7. Cedric Maxwell’s huge Game 7 cemented a win for Boston, striking the first blow in what would be an epic Finals rivalry. 16 Reasons Why Lebron James is Greater Than Michael Jordan

As I look at social media, the hatred some people have for ...

NFL Predictions Show: Giants vs Eagles, will the Giants pull the upset?