The greatest Vikes ever

Once again players that are still active are not eligible.

One of the most underrated corners in the history of the NFL.

His durability and intelligence at the center position are reminiscent of Mick Tingelhoff, the greatest center in team history. Birk, who recently retired from the Baltimore Ravens after winning a Super Bowl ring, has a legitimate chance to make the Hall of Fame one day.

The Vikings’ first-round pick in the 1983 NFL draft, Browner played for the team for nine years, accumulating 37 interceptions and three defensive touchdowns. He was known as one of the most ferocious hitters in NFL history.

During his relatively short tenure with the Vikings, Millard recorded 53 sacks (including 21.5 in his first two years with the team) and seven fumble recoveries. While known primarily as a pass rusher, Millard was also effective against the run. He led the defensive line in tackles three times during his tenure. In 1989 had 18 sacks as a defensive tackle, which is still a record for a defensive tackle.

He didn’t really hit his stride until 1997 and was an utter terror for the next four years, rushing for over 1,000 yards in every season from 1997 through his retirement after the 2000 campaign, a year that saw him rush for 1,500-plus yards with 10 total touchdowns.

Doleman was one of the premier pass-rushers in the NFL during his tenure with the Vikings. In 1989 alone, he accounted for 21 quarterback sacks.

While Blair was a great linebacker, he was an even more fearsome special teams player. During the course of his career, Blair blocked 20.5 kicks, a Minnesota record that stands to this day. 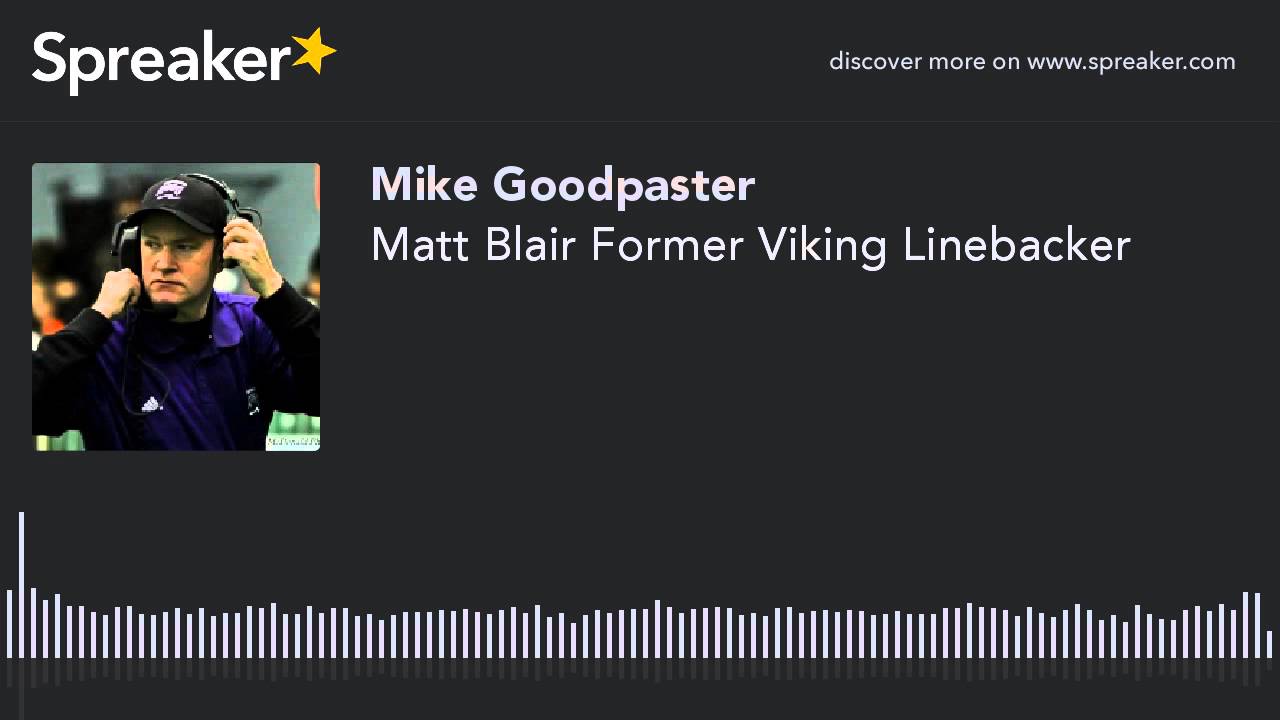 Perhaps no player in the history of the franchise had such an immediate and dynamic impact as Moss. When he burst onto the scene as a rookie in 1998, Moss set the league on fire, catching 17 touchdown passes and rolling up over 1,300 receiving yards.

The NFL’s all-time leader in career interceptions played in all four of the Vikings’ Super Bowl losses.

Though never regarded as a great hitter, Krause’s tackling was solid. As evidenced by his 81 career interceptions, he had a nose for the ball and a knack for making big plays.

Equally gifted as a run or pass blocker, Yary utilized a combination of awesome strength and flawless technique to earn seven Pro-Bowl nominations. Yary is the greatest offensive tackle ever to play for Minnesota and one of the top 10 of all-time.

At one time, Carter was in the NFL’s all-time top five in receptions, yardage and touchdowns. No one ever had better hands and no one could make a sideline catch like Carter.

He amassed 336 catches in seven seasons with the Vikings. In 1975, Foreman scored 22 touchdowns rushing and receiving, an NFL record at the time. 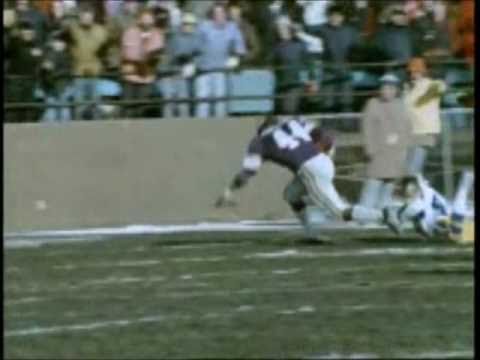 One of the greatest defensive tackles to ever play the game! 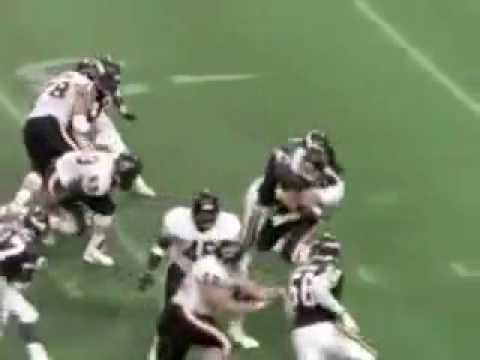 Marshall played in all four Minnesota Super Bowls and was a stalwart on the defensive line for two decades.Marshall played in 282 consecutive regular-season games, a record that stood for decades before being broken. Though often overshadowed by his flashier teammates, Marshall outlasted them all. 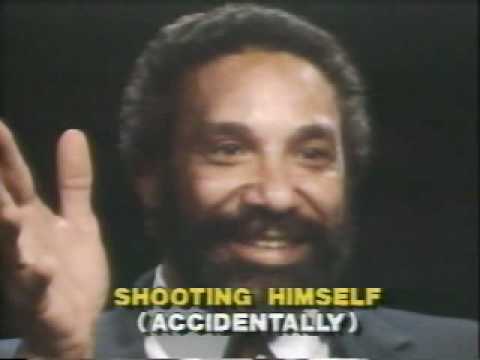 Six-time pro bowler and one of the greatest centers in NFL history. 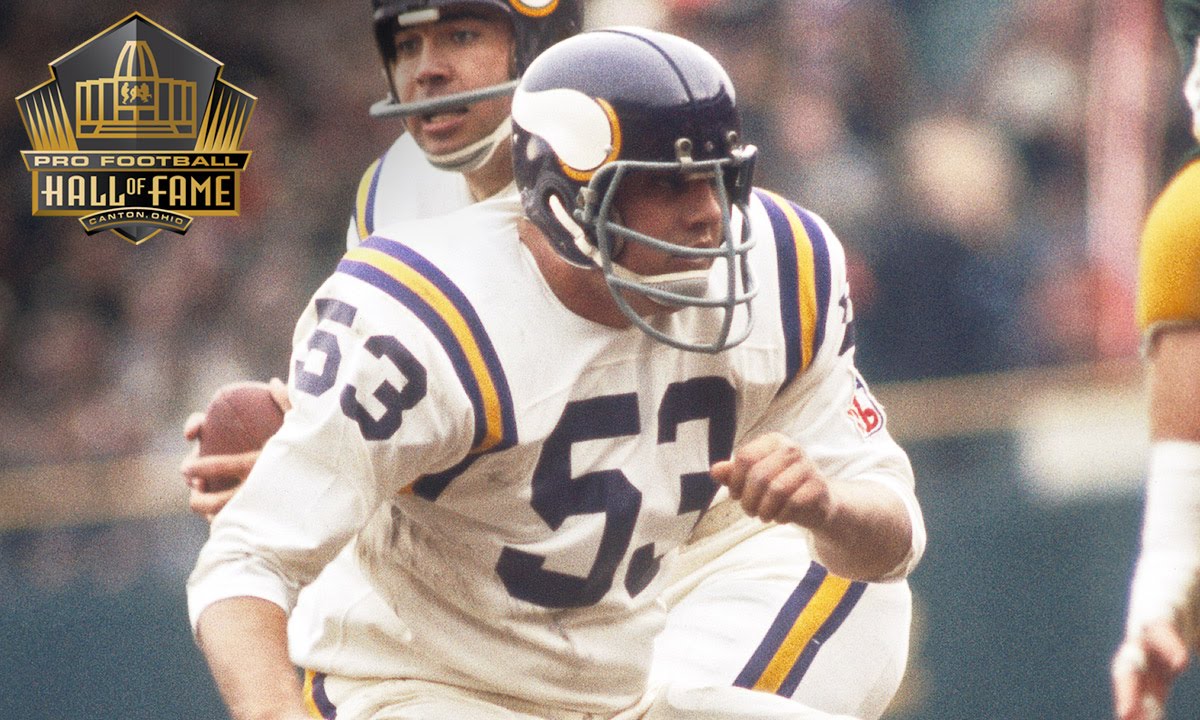 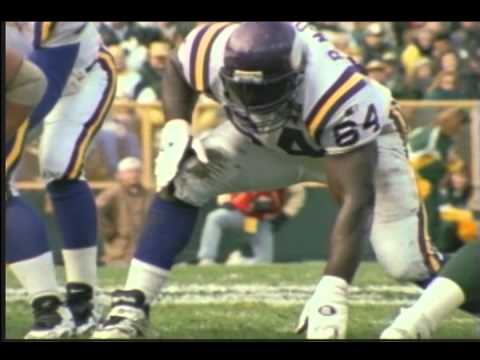 Carl Eller had incredible speed for a defensive end.Though the NFL didn’t keep quarterback sacks as an official statistic during Eller’s career, film study shows that he ended up with 133.5, which would have placed him in the NFL’s all-time top-10 pass-rushers. As impressive as his numbers were, Eller’s presence was even more intimidating. 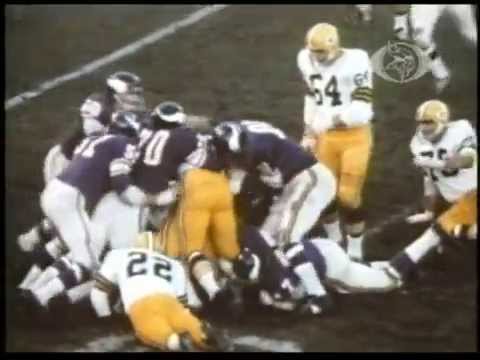 No defensive tackle in the history of the NFL has ever possessed the blinding speed and agility that Page boasted.

Opponents so feared him that he became the first defensive player ever to win the NFL’s MVP award in 1971. 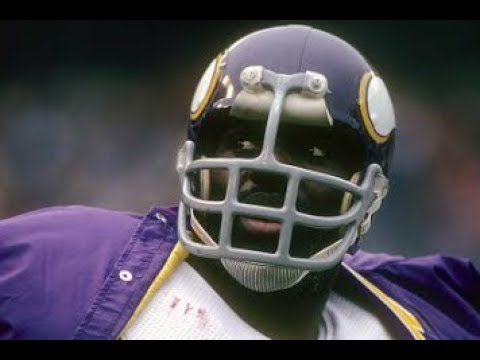 At one time, he held every major NFL passing mark, and still ranks in the top 10 in most categories, despite the fact that he never played in a pass-happy NFL like many of the modern-day signal callers. 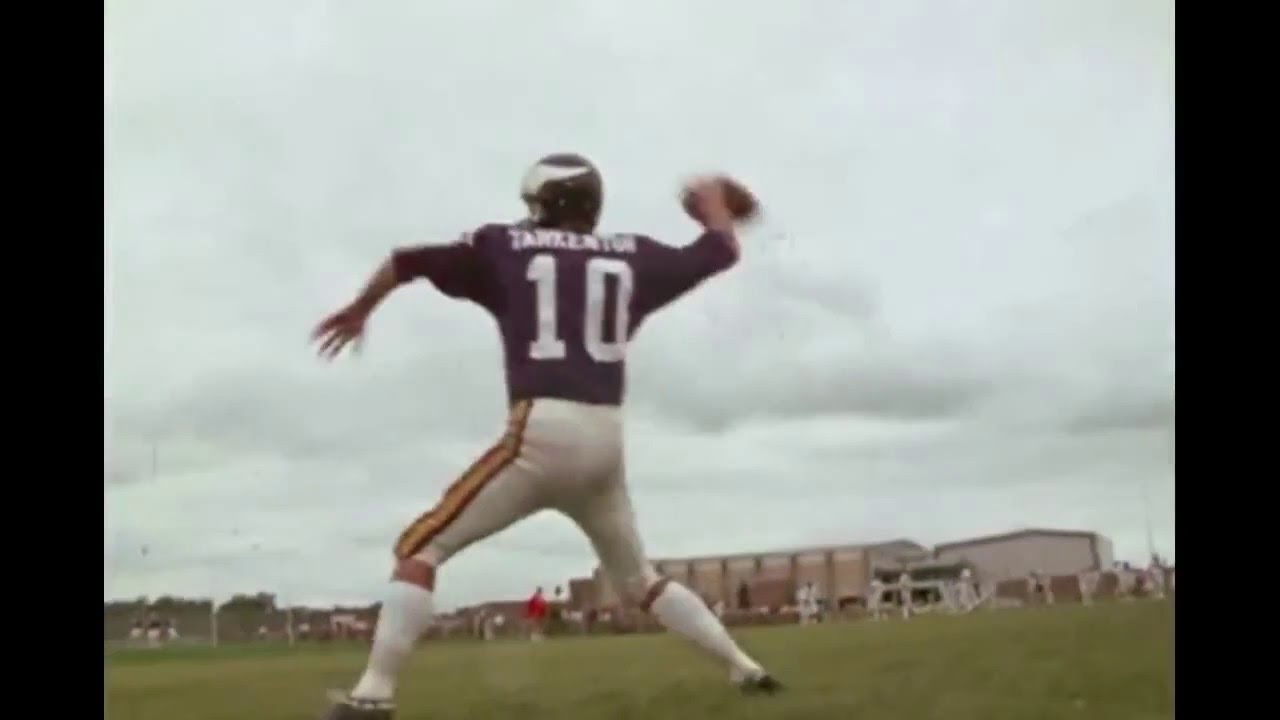