The Grueling Truth - Where Legends Speak / News / Is BallyBet legal in New York?

Is BallyBet legal in New York? 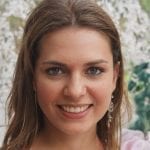 Author:
Clarice Taylor-Bevins
Publish Date:
01/26/2022
Experiences:
A betting expert with her finger on the pulse
Experiences:

A betting expert with her finger on the pulse

BallyBet is a relative newcomer to the sports betting industry, so don’t worry if you haven’t heard of them before. They’re pretty popular for their age, or lack thereof, and they’re also secure and safe to use.

BallyBet is an extremely young operator, opening its doors in early 2021. However, since its virtual opening, the platform managed to gain traction quickly and it has grown in popularity ever since.

Now BallyBet is on its way to New York. However, New Yorkers will have to wait a little bit longer before they can get their hands on the BallyBet platform. While it was one of the nine operators that have been approved by the New York State Gaming Commission, it is yet to be launched in the Big Apple.

However, four of the eight operators that were approved managed to get the green light to launch their platforms ahead of schedule. Much to the delight of sports bettors in the Empire State, four well-known sportsbooks launched in NY 8 January.

The four operators that managed to launch their platforms early in New York are currently available in the Empire State. If you want to know a little bit more about each one, keep reading as we give you some more info on them below.

The first notable mention in the four operators that had an early release is Caesar’s Sportsbook. You may have heard of Caesars before as it has been incredibly popular all throughout the United States. There’s a great Caesars NY welcome offer, a wide range of betting markets and much better odds than most operators in the U.S. We’re still waiting for a decent mobile site and app to be launched, but it shouldn’t be long now!

FanDuel is another great option for you to consider. FanDuel is the oldest operator of the current crop to launch in the Big Apple. Founded in 2009, FanDuel could be a great option for you if you’re looking for an operator that has a couple of years under its belt. Their easy to use platform is also great for newcomers who are hoping to learn the ropes of sports betting.

Betrivers is another option that you could look at. The Betrivers platform was launched along with the other three ahead of schedule. Betrivers is a popular operator all around the U.S, but it is well known for providing its customers with unrivaled security. Betrivers could also be a good option for you if you enjoy betting on New York sports teams and like to have plenty of betting markets to select from.

Finally, DraftKings is another early launch platform that has come to New York. IT’s one of the younger ones, but it gained traction quickly, and it has become one of the standout sports betting sites in the United States.

What to expect from BallyBet New York

While BallyBet is yet to launch  in New York, they are still on schedule to go ahead in early 2022. You can expect a big BallyBet NY welcome bonus and we’re all hoping that the site will launch before Super Bowl LVI so we can make use of it on the big game!

Previous article
« Is BetMGM sports legal in New York?
Next article
The Top 10 Edmonton Oilers of All Time »