The NASCAR season is only two months old, but already it has been a thrilling ride for fans.

From Michael McDowell’s Daytona 500 win to Denny Hamlin’s unbelievable early pace, 2021 is already promising to be a season to remember. Fans will be eagerly awaiting each race date, looking to fill those voids in between with something that demonstrates the love of their favorite motorsport.

That is where good video games come into play. For several decades now, video games have been improving and developing, and racing has always been at the forefront of that. From early arcade classics such as Outrun, which is one of Time Magazine’s top 100 games of all time, right through to sprawling, expansive simulations such as Need For Speed, car racing games have retained their popularity. These days, whether you are on a console, PC, or even a mobile device, there will be a racing-themed game for you. There are several racing titles on Foxy Games, including 24 Hour Grand Prix and The Wild Chase, which develop racing themes around other genres of game. They are not alone in the mobile market with several puzzle games and management simulations deviating from the core mechanics of an actual race. Of course, dedicated simulations can also be found on mobile devices, with Reckless Racing 3 and AG Drive offering solid experiences.

The one area of motorsport that is not covered as extensively as you might like, is NASCAR, leaving fans a little stuck for choice when it comes to emulating McDowell, Hamlin, and the rest of the roster. Luckily, there are some choices that give you the thrills and spills of a NASCAR experience though, the best three of which we have selected below. Papyrus Design Group has something of a hold on the NASCAR gaming market at the turn of the century, and fans are still often drawn to this February 2001 release. The whole series is certainly worth checking out, but the fourth game was a huge leap forward. It was the first to utilize 24-bit color, and boasted vastly improved environments and cars. It was also the first to see a car flip on-screen, a seminal NASCAR moment! NASCAR Heat Mobile is the only officially licensed game for your device, and the market leader in terms of current games. Away from the actual racing, which certainly stands up against console-based rivals, you can customize the fan zone, as well as signing drivers to your team from a full roster including Chase Elliott, Kyle Busch, and Denny Hamlin. 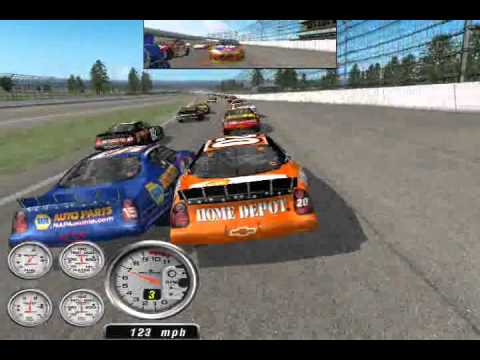 It is both exhilarating and disappointing that this 2003 release is still loved by gamers today. It proves that even with technological advances, sometimes a game just must be fun to play, and EA Sports made this title a huge amount of fun. The mechanics were certainly exciting, making the game very playable, and features such as ‘Grudges and Alliances’ made it deep and interesting. What is sad is that 17 years later, there has not been a console game that stands up to this one. 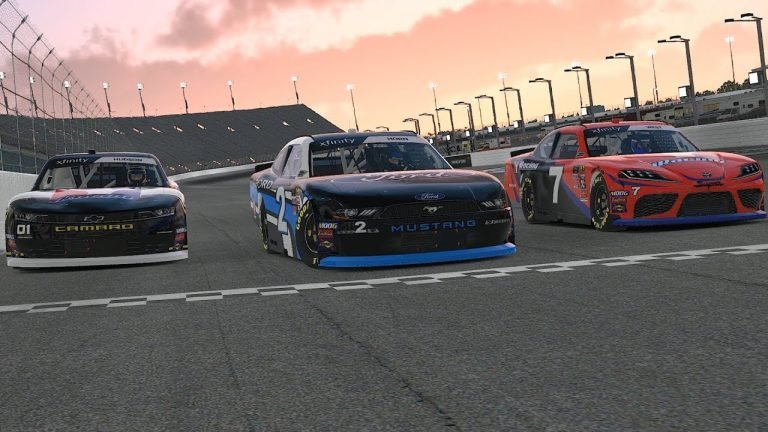 The modern-day iRacing game is a distant relative of R3, the predecessor to the first game on our list, and unlike consoles, the technology has seen the game evolve into the best NASCAR simulation, by far. You must subscribe month by month to play, but iRacing has become a benchmark for NASCAR fans and is unparalleled in terms of realistic mechanics, car selection and game modes. If you fancy getting behind the wheel of a truck, the option is there, and the game is evolving all the time. If you want to play a NASCAR game at home this spring, make sure you have a decent gaming PC and a subscription to iRacing. Even without official licenses, it is far and away from the best of the modern bunch.

To find the latest Dropping the Hammer NASCAR podcasts, as well as a host of other sports news, make sure you pay regular visits to The Grueling Truth.