Although it wasn’t quite as brutal as others on the list, the 2012 fracas between Blackhawks and Coyotes will be remembered for the severe punishment.

After Raffi Torres from Coyote rolled Marian Hossa, Marian Hossa was left lifeless on the ice. The serious concussion would force him to miss the rest of the playoffs, but the league’s aftermath saw one of the most severe fines ever imposed. The 2022/23 season is right around the corner and you will want to check out all of the new best-betting sites for betting on the NHL!

Torres was threatened with death by angry Blackhawks fans. He also received a 25-game ban. This was the longest ever in history. For every missed game, Torres had to forfeit $20,000 in salary.

This is a far cry from his 41-game ban for head-checking Anaheim’s Jakob Silfverberg three years later. However, longer bans had begun to become more common by that time.

We are number four with one of the most notorious historical scraps.

This fight is no exception to the rule. As it is often the case with centre ice disputes, they can quickly escalate into an all-out assault on the entire rink. This event saw a new league record in penalty minutes with 419 minutes of penalties.

Although a previous meeting had established the tone for a tense affair between them after Ottawa’s Martin Havlat hit Mark Recchi’s head with his stick, this meeting would go beyond that in some ways.

Just two minutes before the end, Donald Brashear from the Flyers and Rob Ray from the Senators were engaged in a fight before Brashear was lured to another bout. Every player, including the goaltenders, launched into a hand-to-hand fight. The next two face-offs saw more fights.

In the final seconds of hockey, there were 12 fights between the players. 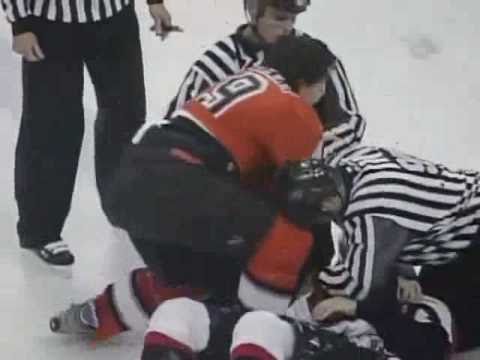 Bizarrely, the next fight broke out even before the game started.

Although it has been 35 years since the incident, it remains one of the most memorable moments in NHL history. After their pre-game warmup, the Canadiens and Flyers headed to the dressing room. The Flyers warned the Canadiens not to shoot into empty nets during warm-ups.

Claude Lemieux took the initiative and fired off a rasping shot right before going off the ice. This was much to the dismay of the Philadelphians. The chaos lasted more than 10 minutes without any officials.

It was a landmark moment that set the precedent for NHL legislation. Players who leave the bench to brawl were subject to much harsher penalties, effectively ending any bench-clearing fights. 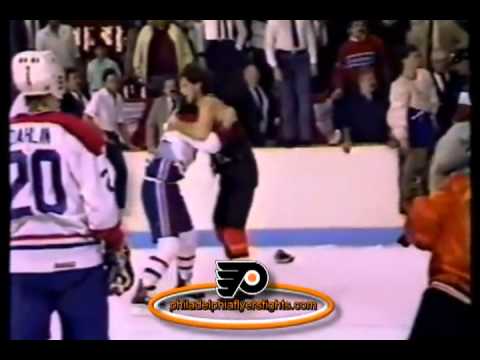 We are now at number one, with the oldest brawl. However, it will live on in the memories of ice hockey fans.

Fans were treated to the most memorable moment in NHL history in 1979, just two days before Christmas. One Rangers fan, however, was not so fortunate. He took it upon himself to exact revenge on Al Second, the Bruins’ player, after he bundled into Ulf Nilsson, the Rangers’ player, after the whistle.

He leaned over the glass and managed to steal a stick from an opposing player’s gloves before hitting him from the stands. Bruins players would launch themselves into the stands to batter the fan. Mike Milbury even took a fan’s shoe to beat him.

As you can see, there were a lot of fines and suspensions that followed with taller glass partitions.

Read/Listen to More Hockey Here The summer break is over and hockey ...