The Top 10 Boston Bruins of All Time

The Top 10 Boston Bruins of All Time!

Cheevers ranks fourth among Bruins goalies in wins with 226, but his most notable contributions to the franchise came during the 1970 and 1972 seasons as he led the Bruins to Stanley Cup victories in both. His ten-year stint in Boston will always be best known for his 12-1 post-season record in ’70 and a 6-2 record in ’72. Find the best new sports betting sites to bet on the NHL! Check out the top sites to bet on the NHL!

O’Reilly was among the strongest pushers to ever skate at right-wing in the history of hockey. Toughness was O’Reilly’s calling card, and he was a fan favorite in Boston as all 14 years of his career were played as a Bruin. 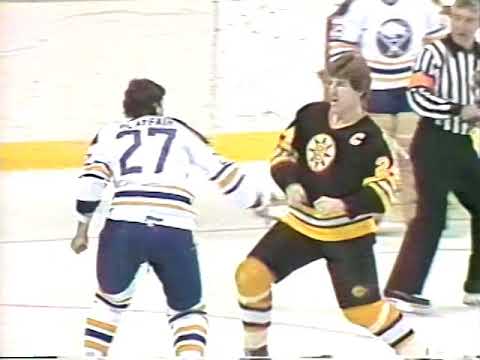 A top-notch defenseman, Chara also has the impeccable ability as a skater. Known for his speedy slap shot, Chara was also an instrumental figure in Boston’s 2011 championship run. He is also a nine-time All-Star and the 2009 recipient of the James Norris Memorial Trophy, which honors the league’s best defenseman. Shore was a violent player, and he set records for the amount of time he spent in the penalty box.  Shore was named an All-Star eight times. His Hall of Fame career was also commemorated by retiring his jersey number, two, and marked by two Stanley Cup victories. Shore also won four MVP trophies in the league. Only Wayne Gretzky and Gordie Howe have ever won more. 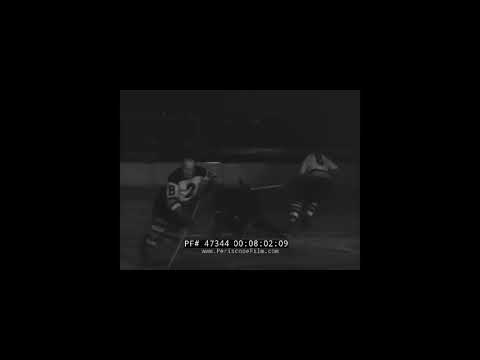 Neely was always huge in the clutch, and that’s why he ranks so high on this list. During the 1993-94 season, Neely won the Bill Masterton Memorial Trophy, which honors service and sportsmanship, qualities in Neely that have extended long beyond his playing career. His 590 points put him in eleventh all-time among Bruins skaters. 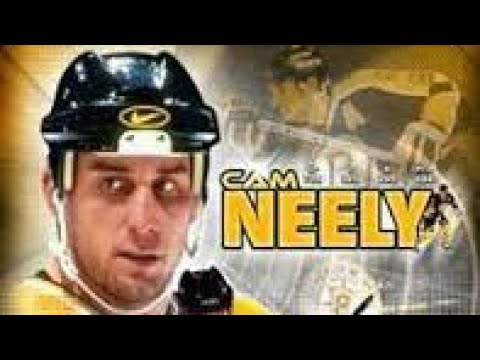 At the time of his retirement in 1978, Bucyk was the highest goal scorer among all left-wingers, an achievement that earned him a spot in the NHL’s 100 Greatest Players list and enshrinement in the Hockey Hall of Fame. A seven-time All-Star, two-time Stanley Cup winner, and two-time Lady Byng winner. Check out the top sports betting sites!

At the end of the 2020–21 regular season, Bergeron ranked fourth on the Boston Bruins all-time scoring list with 917 total points (375 goals and 542 assists). He trails only Ray Bourque, Johnny Bucyk, and Phil Esposito. Check out the top sportsbook bonuses for betting on the NHL!

Bourque’s 1506 points for the Bruins are still a franchise record, never mind that he was a defenseman. He scored more points than any other defenseman in NHL history. 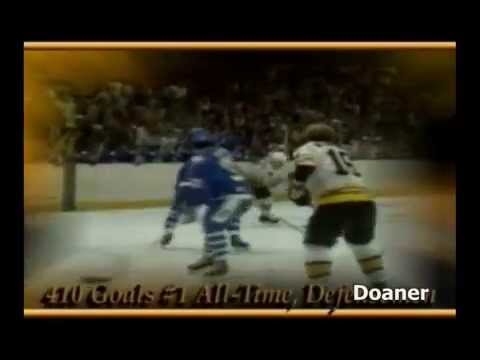 Esposito scored 459 goals as a Bruin; Esposito ranks second among all goal scorers in the franchise’s history. During his time with the Penguins, Esposito won the Art Ross Trophy five times and the Hart Memorial Trophy and Lester B. Pearson Award twice. He also led two Bruins teams to two Stanley Cup championships.

Orr brought something magical to the Bruins, and others on this list may have better stats, but nobody has the intangibles that Orr had. He was undoubtedly the catalyst for the 1970 and 1972 Stanley Cup championships, as his clutch post-season play was the reason for the Bruins’ success. His goals are among the sport’s most iconic, and he transformed the entire franchise. He’s probably the greatest defenseman in the history of hockey. Previous article
« Errol Spence vs. Yordenis Ugas: The Truth Will Come Out
Next article
The Top 10 San Diego Padres of All Time »