If you remember back to the 1970s-1990’s it seemed as if a team had gained a home-field advantage for the entire playoffs then more often than not they would end up in the Super Bowl. Why is that? Will today we are going to look at the contributing factors and help you understand why the ravens or the 49ers having home-field advantage until the Super Bowl may not be as big a deal as you once thought.

Let’s face it there was a time when going to a game was a huge deal. In a lot of cases if your favorite team was at home it was the only way to see the game because the NFL blackout rule really put a damper on home fans who just wanted to lazily stay home and watch the game. Now with the proliferation of big-screen televisions and the cheapness you can stay in the comfort of your own home and not have to stand in line for the bathroom or get price gouged on snacks. Plus during commercials, you can just flip the television to the Redzone and not even have to watch the stupid commercials.

Gambling and Fantasy Football have helped the NFL far supplant Baseball as the main sporting event in this country and with the technology at the stadiums now playing or following your fantasy players also allows for a diversion from your teams games. 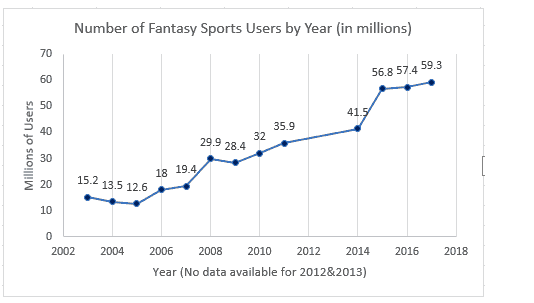 There are teams that have special sections at the stadiums for people to follow along with there fantasy team. The importance of the home team has grown smaller over the last decade and home-field advantage has gotten smaller by the year. When I was growing up in the 1970s I couldn’t watch every game, so I grew up watching the Bengals and after that game was over I usually got a 4 pm game and that was it until Monday Night Football. Now If I do not want to watch the Bengals I can buy the NFL package and watch any game I want. Now a lot of people become fans of players like Brady, Mahomes, or Jackson instead of being fans of teams.

Many of the more passionate, die-hard NFL fans have opted against devoting the majority of their entire Sunday to watching one game live on site. Instead, they are watching from home or from gatherings at sports bars or parties, seeing many games at once with better clarity, better viewing angles, in a better setting and with a closer connection to their online fantasy leagues.

On-Field reasons for the decrease in Home-field advantage

The transmitter communication that now exists from the coach to the quarterback has made things much easier when dealing with a loud crowd. Things weren’t always this way for road teams, and while the rules allowed for radio communication beginning in 1994, we’ve come a long way with relaying plays from play-caller to the offense. Remember how the plays used to be called? Here is an example.

As you can see we have come a long way on the on-field communication when it comes to combating the dreaded home-field advantage.

Add in that over the years, different types of snap counts have been introduced to best deal with crowd noise, and that teams have been able to determine which method works best for them.

Teams also have the sophistication now to practice against crowd noise, so they can further improve their ability to execute in front of a loud road crowd.

Outside of the Patriots, dominant teams have dwindled as parity has taken over

The NFL has a lot more parity than it did in the 70s and 80s which leads to underdogs not having as much distance to make up playing against a higher-seeded team. In the ’70s in the AFC it was safe to assume the Steelers, Raiders, and Dolphins were safe beats to make the playoffs and in the NFL the Vikings, Cowboys, and Rams were safe bets to be in the playoffs. Nowadays it seems half of the teams in the playoffs change every season. Free agency and roster turnover are probably the biggest culprit in the parity and maybe the biggest culprit in the Home-field advantage not being as big as a deal as it once was.

If you went to games back in the day twenty or thirty years ago there can be no denying that teams connected more with the communities and it was more important to those fans and they really felt they could make a difference in their team winning. That is in a large part gone. Look at it this way in this year’s World Series every game was won by the visitor, in the NBA Finals and NHL Finals the team with home-field advantage ended up losing, I don’t think it’s a coincidence. Heck, look at last year’s playoffs? Kansas City and New Orleans are supposed to have huge home-field advantages and they both lost! Is this a bad thing? I think it is because even though the games seem bigger they really aren’t because the games are bigger because of money bet on the games or Fantasy Football and it’s a shame because it seems to have lost the closeness to the players that used to exist. My final thought is this if you are betting the game don’t just mindlessly bet on the home team because that’s not as big a deal as it once was.