Welcome to the new Bengal era, where winning is the norm. For the first time in Bengals’ history, the team has gone back-to-back first-round wins in the playoffs allowing long-time fans to enjoy every minute of it.

The 12-4 Bengals defeated the Baltimore Ravens 24-17 on Sunday night for the second straight time in two weeks. Anyone who watched it on T.V. or the 66,000 fans at Paycor stadium who witnessed it live observed two divisional teams that really dislike each other.

It came down to the game’s last play with a hail mary by the Ravens, leaving Bengal fans to hold their breath until the final second ran off the clock, giving the Stripes the triumph.

The Bengals now travel to Orchard Park for their rematch with the 13-3 Buffalo Bills. This game should be the most-watched game this weekend.

The Bills squeaked by the Miami Dolphins with a 34-31 victory exposing some weaknesses that the Bengals can differently take advantage of when game planning. Fans like me want to see how this game will play out after it was canceled two weeks ago due to an unfortunate injury to Bill’s safety Demar Hamlin.

With Hamlin now recovering back home in Buffalo, fans can feel at ease to refocus on the much-anticipated game. The Stripes are entering this showdown with nine straight wins, precisely the momentum needed for a challenging road game. 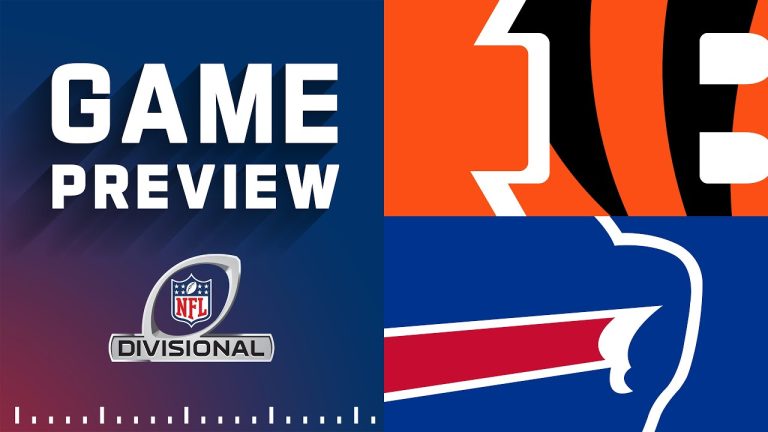 Burrow is playing his best football heading into the postseason.

Most fans, plus myself, looked at the Bengals’ schedule and thought Joe Burrow would face his toughest competition after the bye week, and yet he ripped off eight wins in a row against that competition. Burrow has the confidence you look for in a quarterback when heading to a hostile environment with a win-or-go-home game on the line.

In the playoff game against the Ravens, Burrow threw 23-of-32 for 209 yards and two total T.D.s (99.6 passer rating), which is good when you think about how tough the Ravens’ defense is.

Burrow has been fearless in the face of pressure while feeling more comfortable stepping up into the pocket to make the tough throws. He will need a quick release, especially with the Bills posting 11 quarterback hits and four sacks last week against the Dolphins. Burrow has posted a four-and-one record in the postseason so betting against him is not wise. Can the Bengals’ Offensive line hold up

The Bengals’ starting offensive line played fifteen games together before losing right tackle La’el Collins for the season. Two weeks ago, the team saw right guard Alex Cappa go down with an ankle injury, and Jonah Williams suffered a dislocated kneecap last week against the Ravens. Cappa and Williams have been listed as week-to-week but will likely not see the field this game.

With the next-man-up mentality, Jackson Carman has replaced Williams at left tackle and veteran Max Scharping at right guard. Hakeem Adeniji has filled it at right tackle, leaving the offensive line with just two original starters. Communication will be more critical than ever.

With so much discussion around the line, I believe Burrow will get the ball out quicker, and the line will do enough for Burrow to make some impact plays. Buffalo’s leading pass rusher, Greg Rousseau, is the top priority and the most significant threat to Burrow, so neutralizing him will be essential.

The super trio must take advantage of the Bills’ secondary

The super receiving trio of Ja’Marr Chase, Tee Higgins, and Tyler Boyd will have to step up and help Burrow overcome his makeshift offensive line.  Chase and Higgins each finished the regular season with more than 1,000 receiving yards and combined for 16 receiving touchdowns.

One key matchup to keep an eye on will be Chase versus Bills cornerback Tre’ Devious White. I am sure White will get help trying to contain Chase, but I have yet to see a secondary that can keep Chase from impacting a game. The Bill’s secondary of Dane Jackson, Kaiir Elam, and Taron Johnson will experience how fast Burrow gets the ball out at 2.48 seconds per dropback, which presents even more problems.

The Bills have had the most problems this year with injuries in the secondary, so this could be a weakness to test early and often.

The Bengals can be more than one-dimensional.

The Bengals need to establish a running game early with Joe Mixon and Samaje Perine. Both running backs will be carrying the ball with a chip on their shoulder after hearing how the NFL sold presale tickets for the Chiefs vs. Bills game at a neutral site.

On Wednesday, Mixon told reporters that didn’t sit right with him.

“To be honest, it’s disrespectful, but we’re not worried about that shit,” Mixon said via Russ Heltman of SI.com. “We got a game to play on Sunday, right? Like I said, we are gonna go out there on Sunday, and we’re gonna do what the hell we got to do to come back with that W. And then we’re going to see what they’re talking about.“

Mixon will have his hands full with Bills’ linebackers Tremaine Edmunds and Matt Milano, but I am sure he is looking forward to the challenge.

Bill’s quarterback, Allen, can hurt you as much with his feet as he can with his arm. It will be necessary for the Stripes to have a spy on Allen to keep it from picking up yards with his legs. The Bengals may use Allen’s former teammate from college, linebacker Logan Wilson who both played for the University of Wyoming.

Like Burrow, Allen’s offensive line may be one of the Bills’ most significant weaknesses. His line seems to play worst in the second half of games, leading to turnovers and sloppy play. The Dolphins were able to sack Allen seven times in last week’s playoff game. Keeping pressure on Allen is vital. 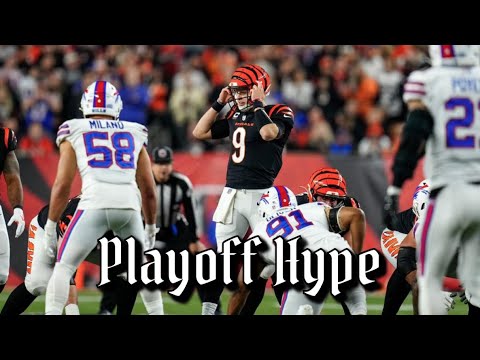 Keeping Diggs and Davis at bay

Like Burrow, Allen, too, has weapons allowing him to score on teams quickly. His receivers, Stefon Diggs and Gabe Davis are outstanding.

Diggs finished the season with over 100 receptions and 1,429 receiving yards, which was the fourth most in the NFL. Davis has six receiving touchdowns in the playoffs, which is tied for second-most in Bills playoff history.

The Bills will test this Bengal’s secondary of veteran Eli Apple and rookie Cam Taylor-Britt. Both cornerbacks have been playing lights out. Add Jessie Bates and Vonn Bell, and this secondary is relentless.

The Bengals’ secondary has been responsible for the Bengals leading the NFL in the lowest completion percentage allowed (60.2%), so this will not be a walk in the park for the Bills.

Testing the heart of the Bengals’ defense

Look for Allen to hand the ball off to their lead running back, Devin Singletary, and rookie James Cook. The advantage here is the strong Bengals’ defensive line led by D.J. Reader in the middle. It will be tough to run the ball with defensive ends Sam Hubbard and All-Pro Trey Hendrickson adding pressure.

The Bengals are especially deep on the defensive line, with B.J.Hill, Cam Sample, Joseph Ossai, Zack Carter, and Jay Tufele. Now add in linebackers Germaine Pratt and Logan Wilson; both love to strip the ball while impacting games.

Best odds for the Bills/Bengals

Bengals’ kicker Evan “Money Mac” McPherson will have to make all his kicks this week since the margin for error is so thin. Both teams feature good kickoff returners—the Bills’ dangerous Nyheim Hines with 28.0 YPR and the Bengals’ explosive Trayveon Williams with 23.8 YPR. Field position is essential, making short fields crucial.

This game is so evenly matched on paper that minor mistakes could be the difference maker. If the offensive line can protect Burrow, and the defense contains the big plays of Allen and force turnovers, then look for the Bengals to move on to the next round.