Another difficult franchise to get down to just 15 great players. Here are the 15 greatest players in the history of the San Francisco 49ers. Remember, we don’t use active players in these lists.

Terrell Owens was an amazing talent and belongs in the Hall of Fame for sure. He has the numbers (#6 all time in receptions, 2nd all time in receiving yards, and 3rd all time in receiving touchdowns) and was one of the best the game has ever seen. As a 49er from 1996-2003, he was a great player, but also was a distraction and eventually was let go. Love him or hate him, he belongs on this list.

Randy Cross was the anchor of the offensive line in the early days of the 1980’s dynasty at guard and later was moved to center. Cross not only was a  three-time Pro-Bowler, but missed only one start from 1981-1988 and was a part of all three Super Bowl championships under Coach Bill Walsh.

Known as “The King”, McElhenny was a part of the famed “Million Dollar Backfield” of the 1950’s and was a great runner. His long strides made it very difficult for defenders to tackle him.

He was a Six-Time Pro-Bowler and Two-Time All-Pro. When he retired, he was 4th all time on the NFL’s career rushing list. McElhenny was inducted into the Pro Football Hall of Fame in 1970.

Dean was already a good player for the Chargers, but when Bill Walsh traded for him in 1981, he became a great one. He unofficially posted double-digit sacks as a pass rushing specialist during the 49ers first Super Bowl run of 1981 and followed that up with a stellar 17.5 sacks in 1983 after the strike season. Teammates and opponents remember him as “unblockable”.

Dean was a Four-Time Pro-Bowler and Two-Time All-Pro and was inducted into the Hall of Fame in 2008.

Joe “The Jet” Perry was probably the best running back of the 1950s and was the leader of the “Million Dollar Backfield”. Amazingly, he posted back-to-back 1,000 yard seasons in TWELVE regular-season games in 1953 and 1954, back when that was a very difficult thing.

He retired third all-time on the rushing list was one of the finest backs of his generation and was inducted into the Hall of Fame in 1969.

During the 1950s and 1960s, defense was king and one of the best in the business was defensive tackle Leo Nomellini.

Nomellini was a human wrecking machine as he dominated the trenches for most of his 14 NFL seasons, earning 10 Pro-Bowl berths and also 6 First-Team All-Pro awards.

Leo the Lion was called “the toughest player to block” by Jerry Kramer and was inducted into the Hall of Fame in 1969.

Few defensive players were as dominant and disruptive as Charles Haley was. As one of the most feared pass rushers of his generation, he racked up just over 100 sacks and led the 49ers and Cowboys to FIVE Super Bowl Championships.

He was the anchor of the pass rush during Super Bowls 23 and 24, often seeing double teams.

He was selected to five Pro Bowls and was a Two-Time 1st Team All-Pro before being elected to the Hall of Fame in 2015.

A fan favorite for years, Bryant Young was drafted in the first round of the 1994 draft and became an instant starter. Paired with fellow Pro-Bowl defensive tackle Dana Stubblefield, Young dominated the trenches and helped the 49ers secure their 5th Super Bowl.

Young was the consistent leader, registering 90 sacks in his career, but anchoring the defensive line from 1994-2007. He was named to three Pro Bowls one All-Pro team. Drafted as a fullback in 1983, Roger Craig broke into the starting lineup and became a great weapon in the 49ers West Coast Offense. In 1985, he became the first back to amass 1,000 yards both rushing AND receiving, a feat that has only been matched once.

He was a part of three of the five Super Bowls and scored four touchdowns (3 in Super Bowl 19).

Considered an injury risk when he was drafted in 2006, Frank Gore proved all the doubters wrong as he played 10 seasons as the featured back for the 49ers. (yes, he’s still playing, but he gets an exception here as he won’t be a 49er again)

After racking up over 11,000 yards and 82 total touchdowns, he became the 49ers’ all-time leading rusher and their most consistent player of the century.

The five-time Pro Bowler will have a shot at the Hall of Fame, but will always be remembered as Frank “The Tank”, a player who always showed up for work and gave his all. 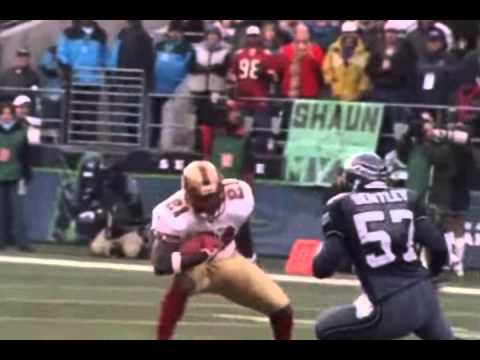 The Legend of Frank Gore

Drafted in the first round in 2007, Willis became an instant superstar. The Defensive Rookie of the Year went on to play in 7 Pro Bowls his first 7 seasons and was named First-Team All-Pro during 5 of those seasons.

He was probably the best inside linebacker in the history of the franchise and was tops in the league for most of his career with his bone-jarring hits and consistent tackling.

Foot injuries forced him into early retirement, but Willis will have a great chance at the Hall of Fame.

Though he was in the shadow of Joe Montana for most of his career, Young never gave up. After Montana’s injury in the 1990 NFC Championship, Young was named the starter in 1991 and never gave it up.

After two bitter NFC Championship defeats at the hands of the Dallas Cowboys in 1992 and 1993, Young was given the label of not being able to win the big one. 1994 would be different, however, as Young posted the best season of his career with 35 touchdowns and a record six touchdowns in Super Bowl 29.

After 7 Pro Bowls and 3 First-Team All-Pro’s, Young was inducted into the Hall of Fame in 2005, capping off a storybook career. 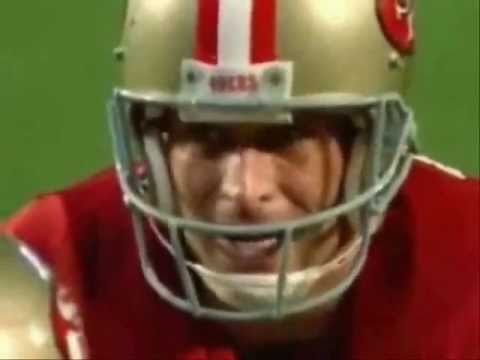 Ronnie Lott was drafted in the first round of the 1981 Draft after the 49ers were desperate to improve their pass defense.

He became the leader of the defense and was one of the most feared defensive players to ever suit up.

Not many remember that he was an All-Pro corner before being moved to safety in the late 1980s. Everyone does remember the way he played the game as well as his crushing hits.

Not much needs to be said here and there is little doubt that Jerry Rice is still the greatest wide receiver to ever play the game.

His work ethic and abilities are questioned by no one and his records may forever be out of reach.

As a member of three of the five Super Bowl teams, he shined in each one, securing all of the meaningful records even for the Super Bowl.

There will always be the Brady vs Montana debate, but in the minds of most, Joe Montana was the very best quarterback to ever suit up.

Whenever there was a big game, Montana showed up and was nearly perfect in most of them. I’m not sure there was ever a more clutch quarterback than Montana.

Randy Cross said it best when he said, “if you have to win one game and your life depends on it, there’s no doubt you want Joe Montana to be the quarterback of that game.”

Montana was an 8-time Pro Bowler and a 3-time First-Team All Pro. He was inducted into the Hall of Fame in 2000.

Previous article
« End of the Underdog Narrative in Cincinnati?
Next article
The Top 10 New York Islanders of All Time »