The Top-15 Pittsburgh Steelers of All-Time

This will have to be one of the toughest teams to make a top 10 or 15 for, before I start I just wanna say I know I left Jerome Bettis and Lynn Swann off the list. With how great the Steelers have been the last 40 years somebody will be left off you don’t agree with. Remember on my list present players are not eligible.

Jack Butler is one of the most honored Steelers of all-time having been named to the Sports Illustrated, Steelers Legends, and Steelers All-Time Teams.

Butler was also named to the NFL’s 1950’s All Decade Team.

In nine years with the Steelers he intercepted 52 passes and accumulated 827 return yards.

He was named to the Pro Bowl four times and was a First Team All-Pro three times. 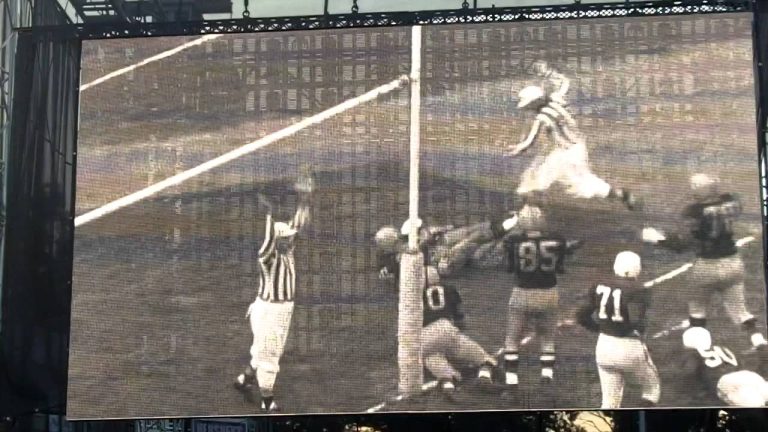 Often forgotten because of Jack Lambert and Jack Ham, plus add in the fact that part of his career was in the 60’s Steelers who were not a very good team. While he missed the 1964 and 1965 seasons during his Army service, he still managed 12 seasons and 168 games in the NFL. He was named to seven Pro Bowls, including six straight from 1970 to 1975.

Played 10 of his 15 years with the Steelers, if all 15 years were as a Steeler he would rank much higher. Woodson was one of the greatest Cornerbacks in NFL history.

While a Steelers he recorded 38 interceptions and 10.5 sacks, scoring five touchdowns. Early in his career he used his world class speed as a dangerous return man amassing 2,362 yards on 257 returns.

As a Steelers he was a seven time Pro Bowler and selected to the NFL All-Pro team five times.

Ward was one of the toughest receivers to ever play the game. Known for his ability to not only catch the ball, he is probably even better known for his crushing blocks.

From 2001 to 2004, he was selected to four consecutive Pro Bowls, for the 2005 season he was selected as the MVP in Super Bowl XL where he had five receptions for 123 yards, one TD and one rush for 18 yards. 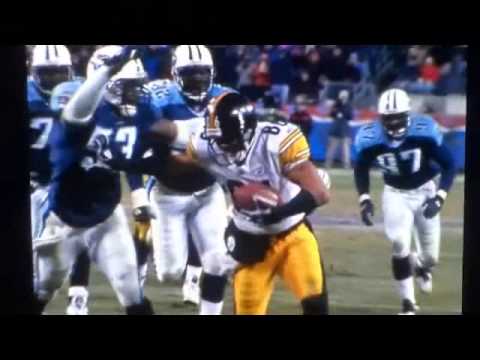 Troy redefined the position of strong safety in the NFL. Opponents never could quite get a grasp  on where Troy would be. A very physical player and also one of the smartest players on the field.

Should be in Canton as soon as he is eligible. Troy Polamalu Highlight Tribute || “City On My Back” || HD

He played in 170 consecutive games, and over a 13 year career was a seven time Pro Bowler and named First Team All-Pro six times. He is also a member of the NFL’s 1990’s All-Decade Team.

Was drafted to replace the great Mike Webster and amazingly did, Dawson will go down as one of the greatest centers in NFL history. 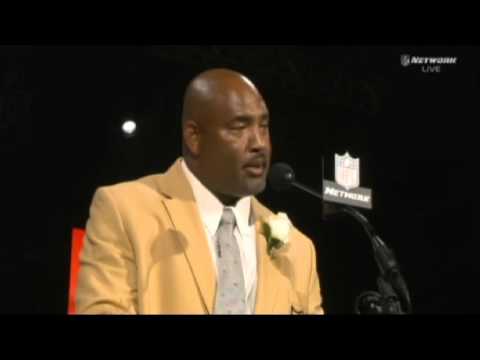 Over his 13 year career, Greenwood was an Pro Bowler six times and was twice named to the NFL All-Pro squad. A founding member of the Steel Curtain, his 73 sacks are the most ever by a Steelers defensive lineman. Possibly the greatest center in NFL history, at worst ranks in the top 5.

Playing for 15 years with the Steelers he saw action in 220 games and was a key member of all four of the Steelers Super Bowls in the 1970’s.

Inducted into the Pro Football Hall of Fame in 1997, he was selected to the Pro Bowl nine times, and named First Team All-Pro on five occasions. 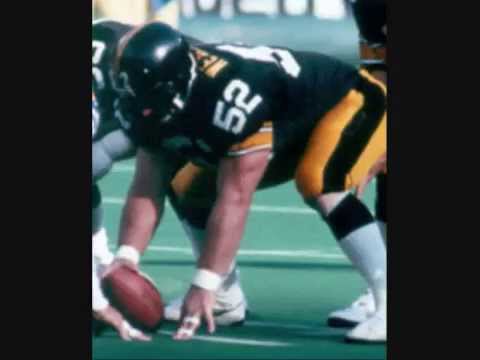 Stautner is the only Steeler to have his number officially retired. Stautner was inducted into the Pro Football Hall of Fame in 1969 after a pretty ridiculous career. Only missing six games during his entire career while playing for the Steelers from 1950 to 1963, Stautner was selected to for the Pro Bowl nine times. This included a streak of seven consecutive selections from 1955 to 1961.

Harris was the greatest running back in Pittsburgh Steelers history, contributing to four World Championships.

Franco started his career in Pittsburgh by being named the NFL’s Rookie of the Year gaining 1,055 yards on 188 carries, with a 5.6 yards per carry average. In a 1972 playoff game against the Oakland Raiders, he was involved in what was the most memorable play in NFL history. The “Immaculate Reception” that set the stage for the great Steelers teams of the 1970’s.

During his career with the Steelers, Harris rushed for 11,950 yards, and 91 touchdowns on 2,949 carries. Toss in nine pro bowls and a Super Bowl IX MVP and you have the greatest running back in Steelers history. 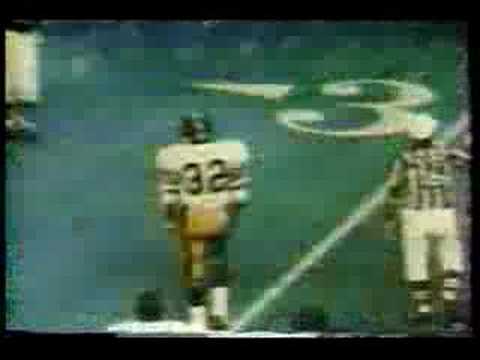 Blount was named the Associated Press Most Valuable Defensive Player in 1975, was a two time First-Team All-Pro, and a five time Pro Bowl Selection.

The rules of the game of football were changed because of Mel Blount’s prowess at locking receivers up at the line of scrimmage. A unique combination of size and speed, Blount played 14 years for the Steelers where he intercepted 57 passes. 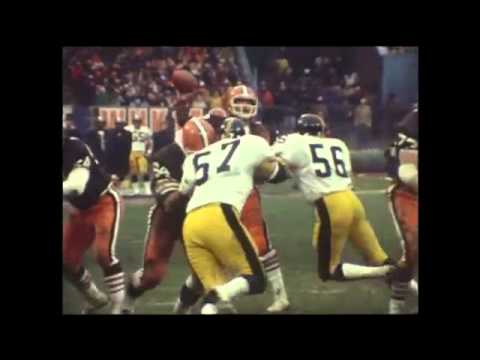 The start of his career was bumpy, and at first he had a love/hate relationship with Steelers fans. Over time he changed people’s perceptions of him by coming thru in the clutch. He was one of the toughest men to ever play QB and no matter what the weather was he performed. Maybe the best bad weather QB in NFL history. 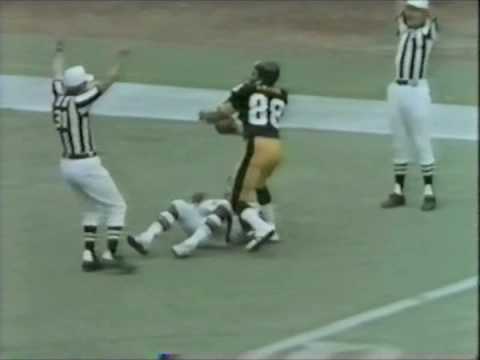 Equally adept and run and pass coverage, Ham was a fixture at left linebacker for his entire 12 year career where he had 32 interceptions. Inducted into the Pro Football Hall of Fame in 1988, Ham was a eight time Pro Bowler and selected six times to First-Team All-Pro squad.

Ham was one of the greatest all-around outside linebackers in history. 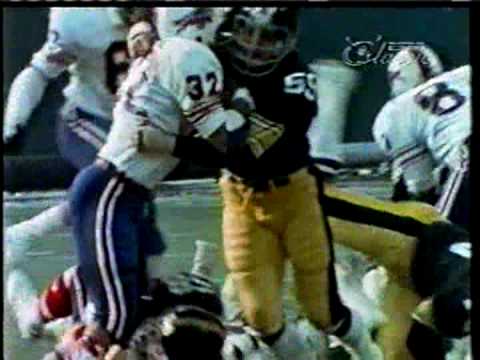 Linebacker U tradition–Jack Ham as a Steeler smashing OJ #2

In a 13 year career, Green was selected to the Pro Bowl in 10 consecutive years and was also First Team All-Pro for five of those seasons.

Greene became the first player ever to record an interception, a forced fumble, and fumble recovery in a single Super Bowl. He went to the Pro Bowl 10 times during his career. Small for an inside linebacker even by mid 70’s standards, he more than made up for it with his instincts and speed. An immediate starter, Lambert went on to earn the NFL Defensive Rookie of the Year Award. During his 11 year career, he was named to nine straight Pro Bowls, was a six time First Team All Pro, and was the NFL’s Defensive Player of the Year once. 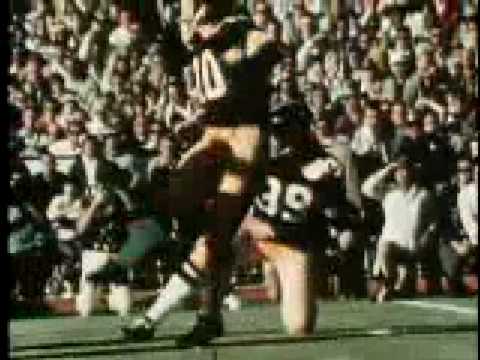 Somewhere among the myriad topics of conversation that occupy the time and ...