Top 10 Takeaways from the Divisional playoffs

Takeaways from the divisional playoffs

1) The Eagles and Jalen Hurts are back

Because it felt like they had “left” the past month, we say “back”. Since Jalen Hurts (once a lock to face Patrick Mahomes in the MVP race this year) went down with a shoulder injury. Philly has kind of stagnated. They looked great on Saturday against the Giants, fresh from an impressive win over Minnesota. One, Hurts seemed to have no limitations. He excelled early as a passer and, perhaps more importantly, on the ground. The Haason Reddick-led defense pounded on Daniel Jones and Co. all night and handed New York what Brian Daboll called a “crash landing”. They were just playing the Giants, but they looked good.

2) Daniel Jones is still not there

Jones is still not a franchise quarterback and as impressive as he was last week against a bad Vikings defense was as unimpressive as he was on Saturday against a good Eagles defense. I find it hard to envision a world where Jones is ever a Super Bowl-winning quarterback. Brian Daboll did an outstanding job with this team, and the Giants as an organization seem to be headed in the right direction. 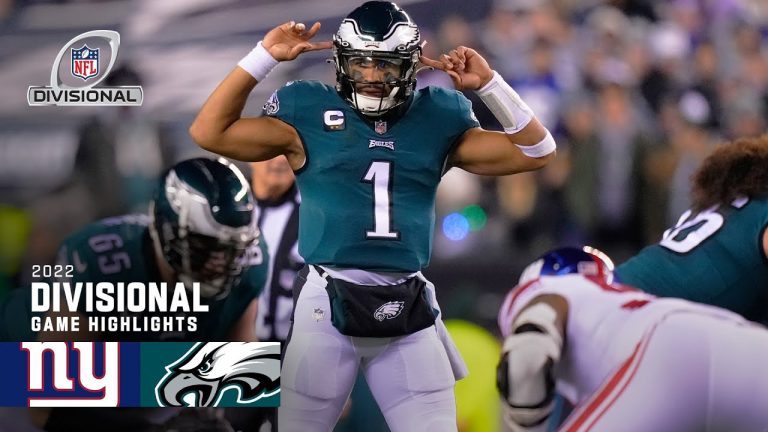 3) The Bengals are elite

This should have been obvious for most well before now, but after Sunday’s thrashing of the Buffalo Bills, I don’t see how anybody could doubt this team. They went to Buffalo in the snow and dominated the line of scrimmage. Nobody outside of the Bengals locker room thought that the three backups would hold up. They proved they are much more than backups. Jackson Carmen and Hakeem Adeniji played well as run blockers and pass blockers. If the offensive line continues to perform like they did on Sunday this team may be unbeatable. 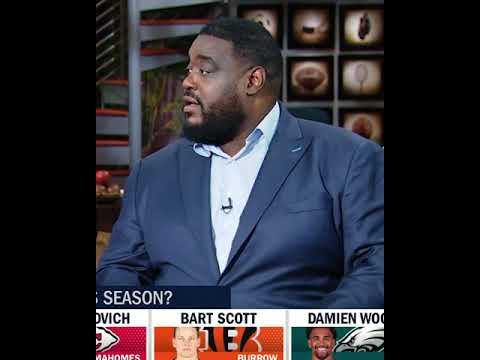 The Bengals are the best team in the NFL right now! – Damien Woody #shorts

4) The Bills were outcoached

Defensive coordinator Leslie Frazier was out-coached as he ran a soft cover two all day and never figured out how to stop the pass or the Run. Let’s face it on the offensive side of things, offensive coordinator Kem Dorsey is not Brian Daboll, as this year has seen Allen regress to turning the ball over more and to me, that’s a direct correlation to how Allen has been coached. 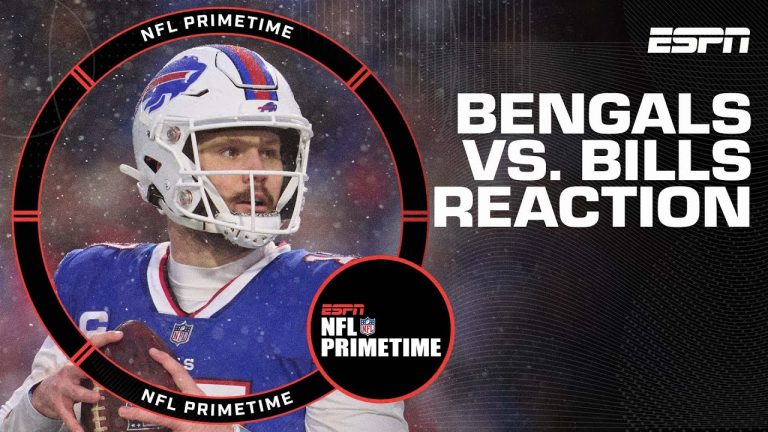 Tony Romo’s love affair with Josh Allen yesterday as Romo drooled on himself the entire game. Romo says so many things that make no sense that he is not listenable anymore. He seems to be searching for something brilliant to say, but it doesn’t work out for him. My favorite stupid comment that Romo makes is when he asks? “He didn’t really hold him, he bear hugged him. Is it holding if you just wrap him up?” Well, yes. Tony, if you wrap a man up, it is holding. 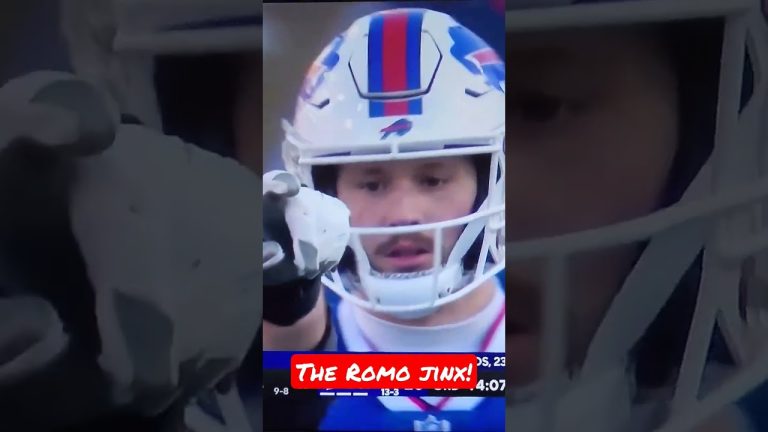 6) Cris Collinsworth is in love with Mahomes 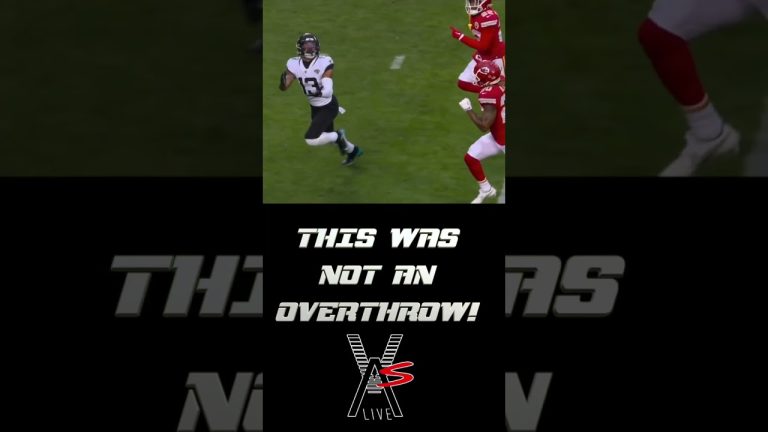 7) Dak Prescott is an average quarterback

Dak is not an elite quarterback, and he’s lucky we are calling him average after yesterday. The Cowboys would have won the game if Prescott had played well, but it was a playoff game, so Dak was not going to play well. Prescott is an interception machine in big games. The Cowboys have two serious issues in Dak and head coach Mike McCarthy, this combination can get you to the playoffs, but it won’t get you to the Super Bowl. 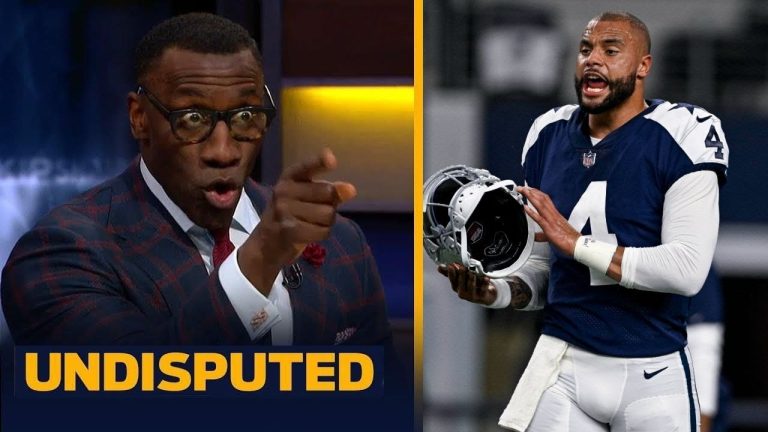 This claim from losing fans is borderline plain stupidity. Now I believe an official could sway a contest as Tim Donaghy did in the NFL, but overall if the Chiefs were really supposed to play the Bills in the AFC Championship, then why were no really bad calls made against the Bengals? The only thing close was the Touchdown that Jamar Chase did not get, but to the letter of the rule, the correct call was made. If the NFL was scripted, don’t you think the Cowboys, who are called “America’s Team” would have at least made a Championship game in this century? 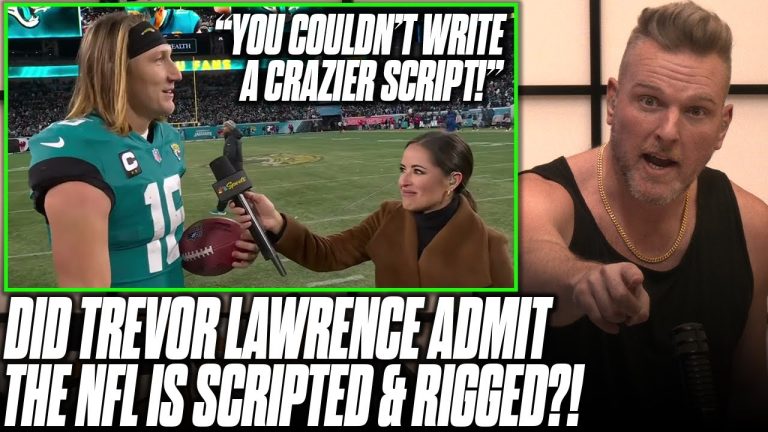 9) The four best teams are playing next Sunday

There is no doubt that we have the four best teams left playing; no upsets have occurred in this playoffs that would have changed that. The Eagles and the Bengals looked like the best two teams on Sunday, and I think they will probably be the two teams left standing next Sunday night.

Burrow is a tremendous leader who never gets rattled; he rarely takes unnecessary chances, and he plays within himself. Sure Mahomes, Hurts, and Allen makes crazy spectacular plays and Joe keeps his head down, making the right throw. Burrow may not have those other guys’ athletic gifts, but he has a gift that is even more special than those guys’ athletic gifts. Burrow’s gift is that he sees things; he sees things others can’t even comprehend at the quarterback position. Joe may not get the love that Collinsworth shows Mahomes or that Romo shows Allen, but Joe Burrow is cold as ice under pressure, and he wins. 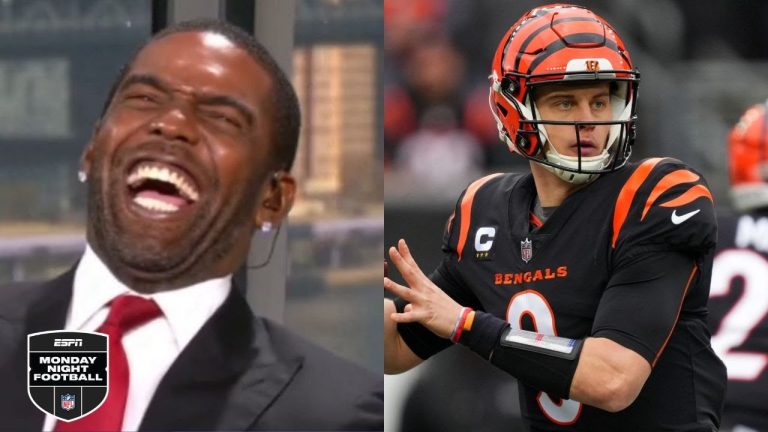 Randy Moss calls Joe Burrow the best player in the field, Bills defense have no answer for Bengals