This article will feature another group of ten great Wild Card games, but ones that aren’t talked about as much. Here are the Top 10 Most Underrated Wild Card games in history: Guys if you are looking for a new sportsbook to bet at, we got you covered!

Who could forget the Tim Tebow year? Whether you liked him or not, that Broncos team defied the odds, won several close games and stunned the defending AFC Champs in overtime as Tebow found Demaryius Thomas open for an amazing 80-yard touchdown and secured a 29-23 Broncos win.

Check out the Top Sportsbooks!

The defending champion Rams had a difficult road in 2000. After a 6-0 start, Kurt Warner broke his hand and the Rams began to struggle. The defense also was nowhere close to how good they were in 1999, which made things more difficult.

In New Orleans, the Saints were up 31-7 in the 4th when the Rams offense finally clicked. After 3 straight touchdowns, the Rams defense held, giving the ball back to the offense….if they could field the punt.

Az Hakim fumbled the punt and allowed the Saints to run out the clock for a 31-28 Saints victory. 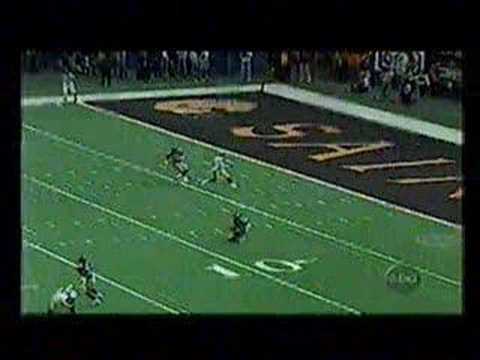 The Bengals were 12-4 and the division champs while the Steelers were 10-6, but know how to win playoff games. The Steelers were up most of the game, but the Bengals hung in there and took the lead 16-15 and even intercepted Landry Jones (Big Ben got knocked out earlier) with a minute to go.

Jeremy Hill fumbled the ball and the Steelers were able to drive for a game-winning field goal, largely due to two careless personal fouls by Vontaze Burfict and Pacman Jones.

The Seahawks had played well during the regular season and were poised to win their first playoff game in a long time. They led 17-10 in the 4th quarter.after an 85 yard kickoff return by Charlie Rogers and it was up to Dan Marino to lead the Dolphins back and he did just that.

After a field goal, Marino got the ball and drove 84 yards on four completions, setting up J.J. Johnson’s 2 yard touchdown to give Miami a 20-17 victory, in what would be Marino’s final playoff win.

The Saints had a fantastic year (12-4) and seemed like they would make a run. They were up 20-7 in the 3rd quarter and it appeared as if the Eagles wouldn’t be able to come back. Then Randall Cunningham caught fire as the Eagles scored 29 unanswered points en route to a 36-20 victory. 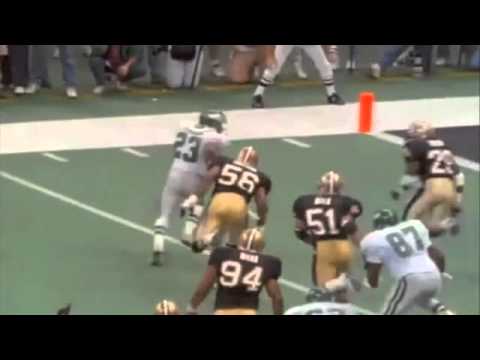 The 12-4 49ers had to travel to Lambeau to face the 8-7-1 Packers, who they beat in Week 1, in the frigid cold. The 49ers were able to push past the mystique of Lambeau Field, as they had the ball following a long Packers drive that resulted in a game-tying field goal with about five minutes left, with the score knotted up 20-20.

Colin Kaepernick was at his best as he converted several third downs, including a critical third and eight when he ran for 10 yards to set up the game-winning field goal. Frank Gore was able to move it closer and Phil Dawson won the game 23-20. If you have never bet before just imagine having money on a game like this that goes down to a final field goal attempt? If you want to start betting on sports but never have we have a guide to walk you through it!

It was a great game from both teams in bad conditions and should be remembered as one of the best Wild Card games in history. 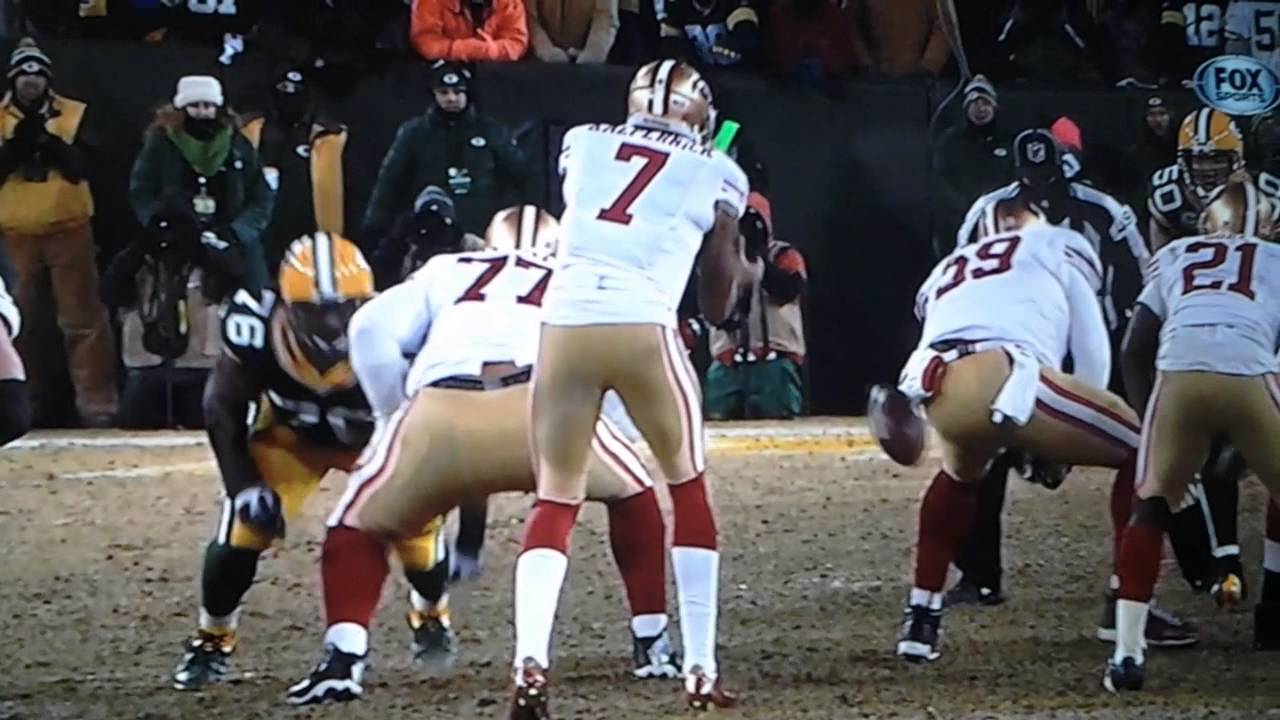 The Minnesota Vikings didn’t seem like they would be a likely candidate to make a playoff run, but they surprised everyone on this day. The Giants were up 19-3 at halftime and seemed like their defense would pave the way to a solid win.

The Vikings battled back, cutting the lead to 22-13, and getting the ball again. Randall Cunningham hit Jake Reed for a 30 yard touchdown with just 2 minutes left. It would be the Vikings defense that would step up and force a punt and the Vikings would drive down for a game-winning field goal, 23-22, in one of the best comebacks of the decade.

Previously, the second-largest comeback in the playoffs was 24 points. The Colts were down 38-10 to the Chiefs in the 3rd quarter when Andrew Luck caught fire.

The Colts scored 35 points in the second half as their defense shut the Chiefs down and allowed the offense to repeatedly keep the ball.

The Chiefs were able to score a field goal to extend the lead to 44-38 later in the fourth, but Luck was too good this day. T.Y. Hilton was able to get behind the defense for a 64 yard touchdown to win the game 45-44.

In a hard-fought game in which the Chiefs started out less than stellar and Montana was even temporarily knocked out of the game. However, as always, Joe would return and lead his team back.

The Steelers had the lead and the ball late in the game, 24-17. The defense would force a punt and it would be Keith Cash who would block it and the Chiefs all of a sudden had the ball on the Steelers’ 9.

Facing a crucial 4th and goal from the Steelers’ 7 with under 2 minutes to play, Montana would find Tim Barnett all alone in the endzone to tie the game and force overtime, which the Chiefs would win on Nick Lowery’s 32 yard field goal, 27-24. 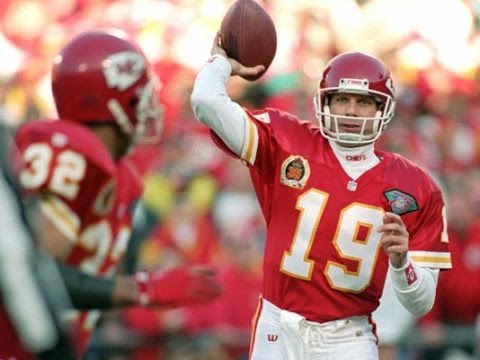 In the very first Wild Card game every played in the NFL, the Philadelphia Eagles seemed poised to move forward, getting off to a 13-0 lead and shutting the Falcons down all the way to the fourth quarter.

Unfortunately for them, Steve Bartkowski had other plans and led the Falcons on two touchdown drives, taking a 14-13 lead late in the game.

The Eagles had been struggling with their kicker, Mike Michel. Michel was brought in to replace Nick Mike-Mayer who had hurt his ribs. Michel was more of a natural punter but was a decent enough kicker to gain Coach Dick Vermeil’s trust.

Michel missed the extra point early in this game and with time expiring, the Eagles could have won the game from the Falcons’ 16 yard line, but unfortunately, he missed.