The Top 12 Minnesota Vikings of All-Time

Krause is the NFL all-time leader in interceptions and was a mainstay on the four Vikings Super Bowl teams.

Yary had flawless technique and used it to become one of the greatest tackles in NFL history. 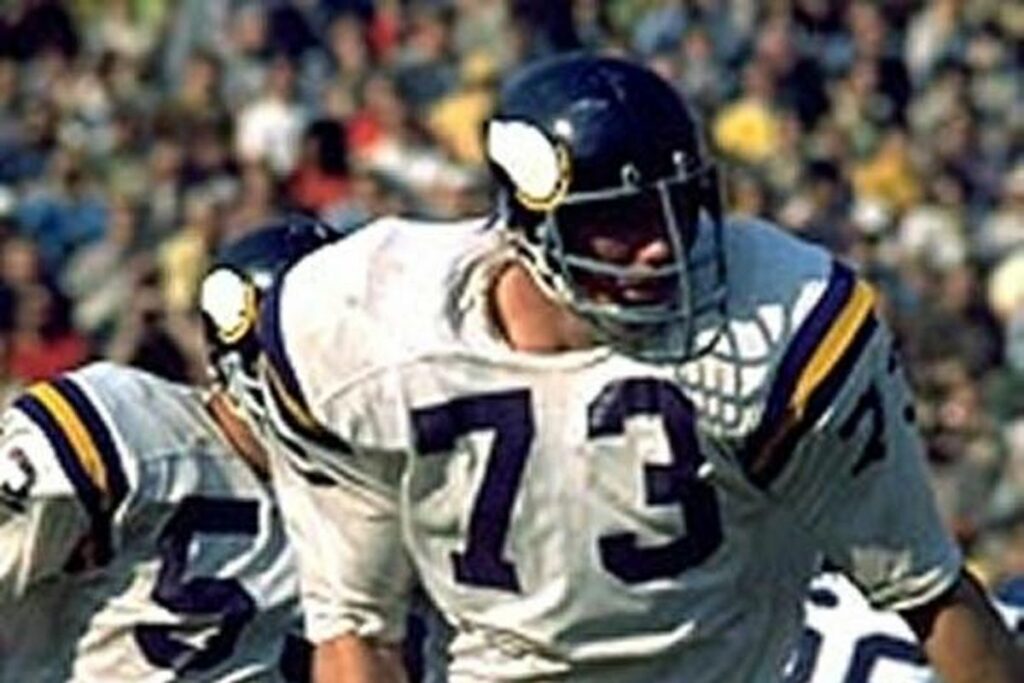 If anybody truly was the heart and soul of the Vikings franchise, it would be Marshall. He played in a record 282 consecutive regular-season games. Make no mistake, he didn’t just play. Marshall was a dominant force on one of the greatest defensive lines in NFL history.

Eller was one of the greatest pass rushers in NFL history. Unfortunately, stats for sacks were not kept while Eller was in his prime. He came off the edge with incredible speed and an enormous wing-span.

Moss is one of the best receivers in NFL history. Work ethic questions raised their ugly heads on occasion in Minnesota. Very few rookies have ever had the immediate impact Moss had on the Vikings. When he burst onto the scene as a rookie in 1998, Moss set the league on fire, catching 17 touchdown passes and rolling up over 1,300 receiving yards. He could rank much higher, but the guys listed above him to me made an impact for a much longer time.

Foreman was the precursor of the do-everything back that teams nowadays look for. To me, he deserves a place in Canton just like Ed White. Known for his spin-move and ability to make defenders miss, watching Foreman was like watching poetry in motion. He broke the mold for running backs at the time by serving as a viable receiving threat. Foreman once recorded 73 receptions in a single season. He amassed 336 catches in seven seasons with the Vikings. In 1975, Foreman scored 22 touchdowns rushing and receiving, an NFL record at the time.

Tinglehoff was an overwhelming force at center, and he’s a top-five center in league history. Tinglehoff was dependable, dominant, and finished his career as second only to Jim Marshall in games played.

Randall still holds the record for double-digit sack seasons with eight straight. That total might never be broken. He is also one of the few undrafted free-agents to ever make it all the way to Canton.

Peterson is one of the greatest running backs in NFL history, and he ran for over 2,000 yards in 2012, a few months after reconstructive knee surgery.

Page was as fast as any defensive tackle in NFL history. He was the NFL MVP in 1971, becoming one of only two defensive players to ever win the award. His accomplishments off the field may have been even greater than his accomplishments on the field. Page was quite simply the heart and soul of the famed Purple People Eaters defense.

Amazingly enough, Tarkenton is the only quarterback to make this list. If you look at his achievements, they leave no doubt that he is the greatest Viking ever. Fran led Minnesota to three Super Bowls and even though he didn’t win any his impact on the Vikings organization can’t be questioned. They have not been back to the Super Bowl since he left.

3 Coaches on the Hot Seat after week 3

As the old saying goes, the NFL stands for not for long, ...