The Grueling Truth - Where Legends Speak / How do sub-.500 teams fare in CFL playoffs?

Talk about your divisional imbalance – in the 2016 season, the Canadian Football League has been seriously imbalanced between its divisions. As it stands, the Ottawa RedBlacks could win the East division – and host a playoff game – with a record as low as 7-10-1. The Hamilton Tiger-Cats has also booked a ticket for the tournament, and will be a home team in the playoffs – with a possible 7-11 mark.

Grueling Truther and resident CFL history/stat geek Joe Pritchard takes a look back on 35 years’ worth of playoff teams with regular-season records below a .500 winning percentage and their post-season success. And failure. Mostly failure…

With the possibility of a sub-.500 team winning the CFL East this year, I went back to 1981 (the first season with a fully interlocking schedule between the divisions) to check on how teams that had losing records in the regular season fared in the playoffs.

First things first. No team with an under .500 record has won their division in the CFL since 1981 (and possibly ever). If Ottawa and Hamilton both finish under .500 this season, it would set a new modern-day CFL record for lowest winning percentage by a division winner.

Second, the number of teams under .500 making the playoffs drops dramatically after 1996, as the current crossover rule came into effect in ’97. The crossover rule also eliminated a lot of the worst records from entering the playoffs, with 6-12 the worst to make the postseason since the crossover was in play, whereas before 4-14 happened twice (in back to back years with Ottawa in 1993 and 1994) and 3-13 (by the 1981 Montreal Alouettes, the poster child for those who support a new playoff system).

A few oddities I noticed were that no teams in the West made the playoffs with a record under .500 until 1997, when both Saskatchewan and BC made the playoffs at 8-10. Second, in 1993, the playoffs featured *seven* teams (with the West getting four spots for some reason that year), and so two below-.500 teams advanced out East.

On to the raw data! The full list of teams which have made the CFL playoffs with losing records since 1981 are listed with their record, semifinal result, divisional finals result and Grey Cup results where applicable. Click on the table to see a larger, i.e. more legible, version. Let’s talk about those two Grey Cup-winning teams. Both the 2000 BC Lions and 2001 Calgary Stampeders finished the regular season at 8-10, but noted CFL Twitter sensation @fakegainer pointed out that both of these teams, once you count their playoff wins, ended up with more wins than losses on the season!

There have been a few instances where two teams with sub-.500 records have met in the playoffs: In 1981, the 3-13 Alouettes lost on the road to the 5-11 Ottawa Rough Riders, who beat Hamilton the following week to go on to one of the most notable Grey Cups, as 14-1-1 Edmonton needed a furious comeback to defeat the Rough Riders.

In 1984, 6-9-1 Montreal lost on the road to 6-9-1 Hamilton, who turned around and beat Toronto on the way to the Grey Cup, which they lost to Winnipeg [who were quarterbacked by none other than Dieter Brock, star of the Grueling Truth’s CFL Weekly Pick ‘Em Show! Shameless plug over –Ed.]. 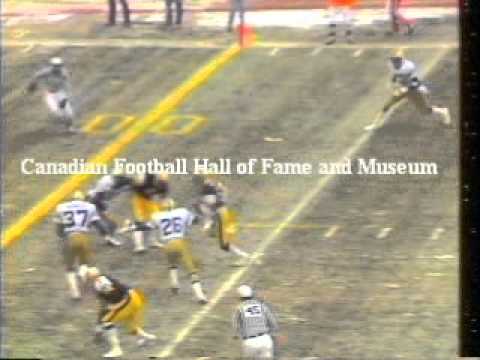 Year 1989 saw 7-11 Winnipeg hosting and beating 7-11 Toronto before Winnipeg lost to Hamilton in the East Final.

In 1993, 6-12 Hamilton hosted and defeated 4-14 Ottawa before losing to Winnipeg in the East Final. It would be quite a while before this happened again, but in 2001, 8-10 Calgary hosted 8-10 BC, won, and then kept winning until there were no more games to win, ultimately beating Winnipeg in the Grey Cup.

The very next year, the 8-10 Toronto Argonauts hosted and defeated the 8-10 Saskatchewan Roughriders, who had crossed over to the East. Toronto then fell to Montreal in the next round. It hasn’t happened since.

We very well may see multiple sub-.500 teams in the playoffs this season, and maybe some groundbreaking history. One thing’s for sure: It will be fun to watch!

Previous article
« Cincinnati Bengals weekly show:Week 8 w/Charles Alexander!
Next article
What we learned from week 8 of the 2016 NFL season. »