Power Ranking the 8 Head Coaches in the Divisional Playoffs

This list is not easy to make as I had to take into account what they have actually done as head coaches. If I were ranking who I would want coaching my team, the ratings at the top would be different because I may then put Daboll and Taylor as the top two, but their work is not quite as good as the top three.

McCarthy’s inability to win in the playoffs since his 2010 victory with the Green Bay Packers for the Super Bowl title must be considered alarming. Since then, he’s been 6-7 in 12 postseason matches. It is also important to mention Dallas’s inconsistency during the regular season’s final week. This includes a 26-6 loss against the Washington Commanders. McCarthy to me, is just a guy; he is nothing special as a coach. He would get my attention is he figures out how to beat the 49ers on Sunday. 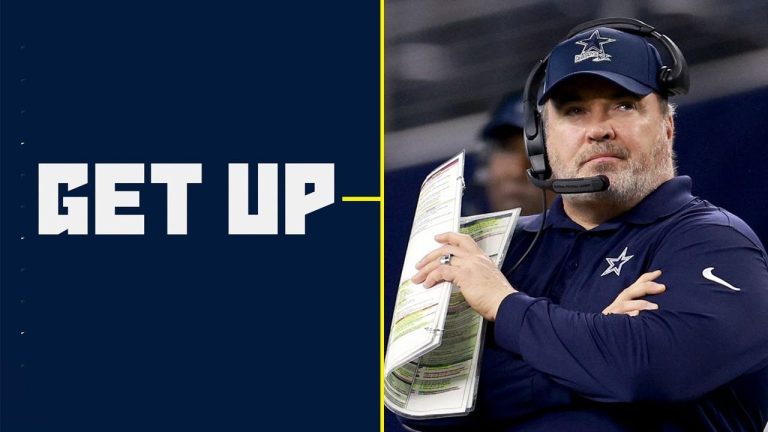 As Doug Pederson’s replacement, Sirianni was not a popular choice for the Eagles. As the Indianapolis Colts’ offensive coach, he had already led two top-10 scoring offenses. There were better candidates.

What do you think? Philadelphia just finished a regular season, tied for the best NFL record at 14-3. It was ranked No. 3 in scoring and had the eighth-lowest point yield. Jalen Hurts became an MVP candidate during his first season. Can this be replicated in the NFL playoffs? The third rookie head coach in the NFL playoffs, Daboll put up the best performance of the trio. It’s not necessarily that close. Dealing with a limited quarterback in Daniel Jones, no game-changing wide receivers and an inexperienced defense, Daboll was able to lead New York to its first playoff appearance since 2016.

Daboll did this while acting as a player-friendly head coach and helping Jones improve by leaps and bounds in 2022. For those who have followed his career from working under Bill Belichick in New England to joining Nick Saban in Alabama and eventually being the Buffalo Bills’ offensive coordinator, this shouldn’t be too much of a surprise.

He pulled an upset in Minnesota, and Daniel Jones played the game of his life. Without Daboll becoming the Giants’ head coach Jones career more than likely wouldn’t have lasted much longer. His hiring of Defensive coordinator Wink Martindale was brilliant. Will the Giants win the Super Bowl? No, but I could see them upsetting the Eagles and even if they don’t, the Giants are one more good off-season away from being a significant contender.

McDermott has led the Bills to five playoff appearances since he arrived from Carolina in 2016. Before McDermott’s arrival, Buffalo was in a 17-year playoff drought. This is insane for a once-proud franchise.

Now we’re looking at a team which is a complete juggernaut. Josh Allen has been ranked as one of the best quarterbacks in the league. Stefon Diggs, wide receiver, leads his elite skill-position group. McDermott was a defensive assistant in his early career. The Bills’ defense finished in the top 2 in scoring in each of the last two seasons. He’s one the best head coaches in the NFL playoffs and the entire league. The guts ranked ahead of him have all been to the Super Bowl. 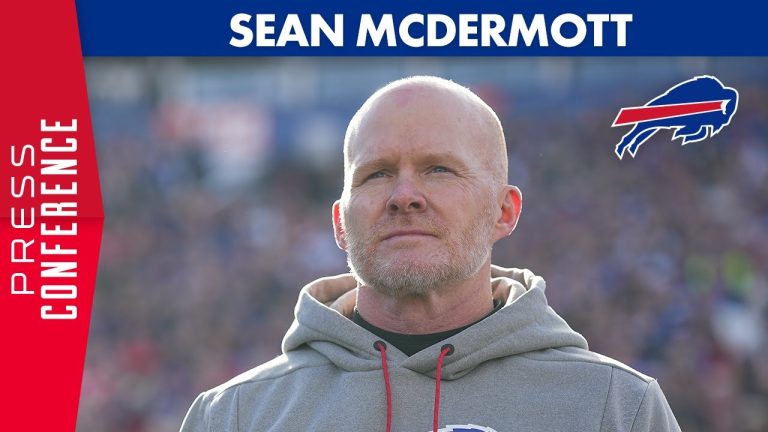 Sean McDermott: “Keep Your Eyes On The Big Picture At All Times” | Buffalo Bills

Taylor was not a popular hire in 2019, much like Sirianni. Taylor’s only experience as a play-caller was with the Miami Dolphins in 2015. However, it didn’t go as planned as Miami’s offense finished 26th in total yards (and 27th in points).

Taylor’s first season did not go well, went 2-14 and was 30th in scoring. It seemed like a mistake at that point.

Taylor and his Bengals seemed to be on the right track despite their struggles in 2020, a lot of that was the arrival of Joe Burrow, but Burrow went down with a knee injury which lead to a long losing streak which led to drafting high enough to get Jamar Chase in the draft. This led to a surprise Super Bowl appearance in 2021. Cincinnati is now a top contender for the Super Bowl, having won nine consecutive games. This now seems to have worked. If he doesn’t get Burrow, he would probably be gone, but drafting Burrow gave him room to learn; he is a solid coach and has put together an excellent staff at in-game adjustments. Taylor has come a long way, and I expect he will only get better. 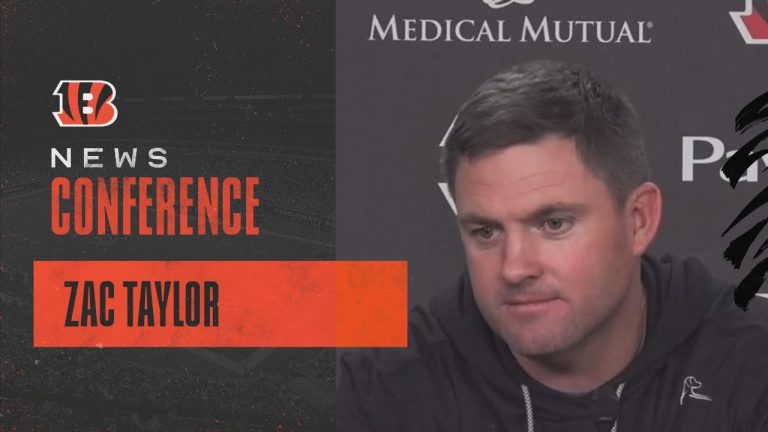 Zac Taylor: “Our Players Take Initiative And Set The Standard”

Despite winning the Super Bowl in Philadelphia, Pederson was unceremoniously fired by the Eagles after the 2020 season in Philadelphia, in which the Eagles went 4-11-1. After the 2017 campaign, he led the team to three consecutive winning seasons and a stunning win over the then-Tom Brady-led New England Patriots.

After serving as an advisor to the Indianapolis Colts in 2021, Pederson decided to fix a sunken ship in Duval county. After 14 drama-filled weeks, Jacksonville fired Urban Meyer last season. The team won only three games. I think it’s safe to say that Pederson walked into a mess, and in one season, he has a division title and a playoff win.

Things didn’t start too well for Pederson and the Jags. They started the season with a record of 3-7. It seemed that things would remain the same. Until Pederson helped Trevor Lawrence, a young quarterback, turn things around. The Jags won six of their seven final games to win the AFC South title. This is a testimony to Pederson’s ability as a head coach. His hiring last cycle appears to have been a success as he heads into the NFL playoffs. 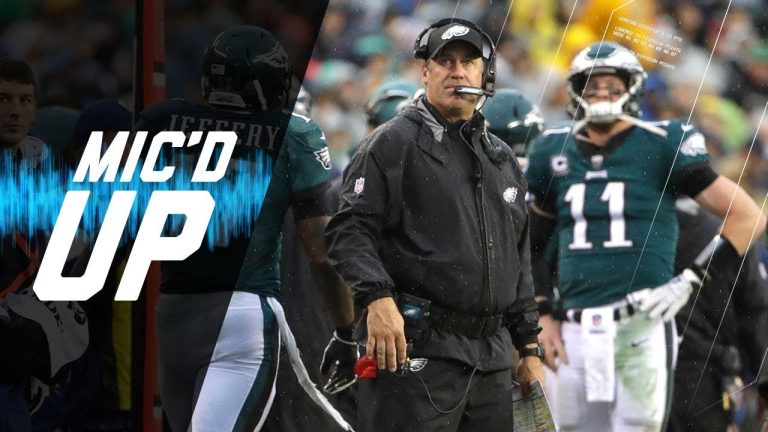 Why this high? It comes down to his work since taking over the sinking ship in 2017. He’s led the 49ers two times to the NFC Championship Game and one Super Bowl since the beginning of the 2019 season. They have now won three consecutive division titles and appeared in a Super Bowl.

Shanahan is one of the most dynamic head coaches in the NFL and will be heading into the playoffs as the favorite in the NFC. San Francisco is currently in the midst of a 11-game winning streak. Brock Purdy, a rookie seventh-round pick, is playing at an elite level under center. Fans in Northern California can’t ask for anything more. A sixth Lombardi would undoubtedly be a good start. 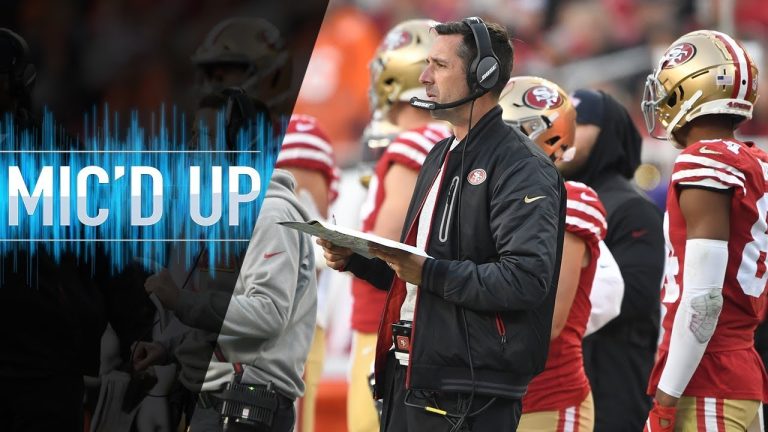 Kyle Shanahan Mic’d Up vs. Broncos “What a baller!” | NFL Films

Reid will surpass Tom Landry’s record for fourth-most regular-season wins in league history with four more. He’ll have to wait for next season, but he’s still leading a legitimate contender for a second Super Bowl title.

Since his time with the Philadelphia Eagles and Chiefs, Reid has made 18 playoff appearances. Reid’s team has won 12 or more games nine times in this span.

As if that wasn’t enough, Andy Reid’s coaching tree includes John Harbaugh, Todd Bowles and Doug Pederson, all of whom are leading teams this year in the NFL playoffs. 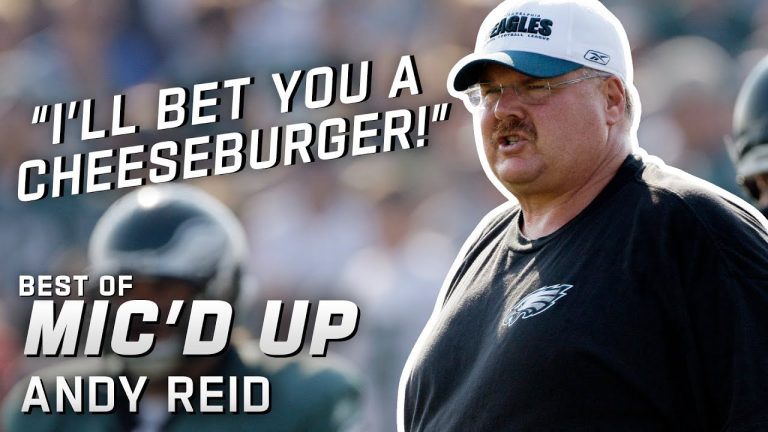 “I’ll bet you a cheeseburger!” Best of Andy Reid Mic’d Up

If you’re a fan of NFL history, you can probably name some ...