What did we learn

If you look back at the Bengals surprise playoff run last year, it was primarily fueled by the defense, and they are even better this season. The Bengals didn’t allow a touchdown in the second half of a game until the season was halfway done this year. They have allowed no quarterback to throw for 300 yards against them this season, and since the Return of D.J. Reader, they are dominant against the run. On Sunday, the Bengals fueled an explosive second-half comeback, where the Bengals scored 34 straight points. The defense dominated the line of scrimmage in the second half as D.J. Reader again imposed his will. What makes it even more impressive is the fact that the Bengals did it without Sam Hubbard and Trey Hendrickson. The Bengals secondary was playing without either one of their slot corners and lost a starting corner early in the fourth quarter. The Bengals are truly showing to be a next-man-up type of team. Don’t be surprised if the Bengals win another AFC Championship this season. Check out the top football odds.

2) Trevor Lawrence is starting to break out

Consistency has been an issue for Lawrence, but on Sunday, he played his second straight dominant game leading the Jaguars to a comeback win over the Dallas Cowboys. Lawrence tossed 4 touchdown passes, but to me, the most impressive thing was after fumbling what appeared to be the game away when he got the ball back with less than a minute left, he had the composure to lead his team to the tying field goal.

Now, this issue is how the Jaguars overcome losing both offensive tackles. 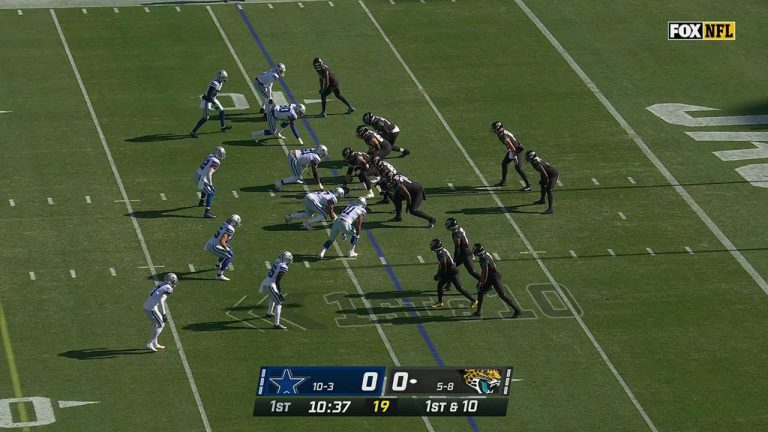 Trevor Lawrence has been playing at an MVP level!

3) The Chargers could be a Dark Horse playoff team

4) The Titans are in danger of losing the AFC South

The Titans offensive line was horrible in Sunday’s loss to the Chargers, giving up four sacks. That one-game lead better gets to two before the last game of the season when they go to Jacksonville. The Titans have one of the best coaches in the NFL, Mike Vrabel, but the number of injuries on this team and the lack of quality offensive linemen are making it tougher each week to win.

5) Put a fork in the Patriots and Raiders. They are both done

The Patriots will not make the playoffs because they probably won’t win again. The closing schedule for the Patriots is playing the Bengals, Dolphins, and Bills. The Patriots lack of offense makes all three of the games probable losses. Quarterback Mac Jones has shown no improvement this season, and you have to question if he is the quarterback of the future.

The Raiders did this last year, but this isn’t last year. The remaining schedule is the Steelers, 49ers, and Chiefs. Head Coach Josh McDaniels has saved his job for next season, but he is not taking this team to the playoffs this season.

6) The Eagles, Chiefs, and Bengals play poorly and still win

The NFL has proven it’s an any given Sunday league. The best teams find ways to win games they are struggling in, and that was true again on Sunday. The Bengals got manhandled for a half and responded by scoring 34 straight points and winning. The Chiefs struggled defensively against the lowly Texans but behind a great performance from Patrick Mahomes, they survived. The Eagles survived two Jalen Hurts interceptions to get yet another win. All three of these teams have proven all year that they can win games when they play poorly; that’s what separates the best teams.

7) Buffalo and Miami both have defensive issues

The Bills and Dolphins are both contenders because they can score points. The thing that will keep either from reaching the Super Bowl will be a lack of defense. The Bills can’t stop the run, and the Dolphins can’t stop the pass. It’s hard to make it to the Super Bowl if the only way you can do it is to get in shootouts. Check out the top football betting strategies.

8) Maybe the Football Gods are smiling on the Vikings

I keep saying that the Vikings look like a one-and-done playoff team to me, but after Saturday’s win after being down 33-0, is it possible that this is just the Vikings’ year? I don’t know, but every Vikings game seems to be decided at the very end, and they almost always come out on top. Kirk Cousins is playing great in the second half of games, and Justin Jefferson may be the best wide receiver in the NFL. This team does have concerning issues, especially on defense but for my money, Head Coach Kevin O’Connel has to be one of the leading vote-getters for coach of the year.

Check out the top sportsbooks’ bonuses for betting on the NFL

9) The Cowboys are a pretender

The Cowboys have a lot of talent on the roster, but the biggest drawback is the play of starting quarterback Dak Prescott who has thrown nine interceptions in the Cowboys’ last six games. Luckily the NFC is weak, but the Eagles and 49ers are better than the Cowboys, and a team like the Vikings will be a tough out also. Ever since the Cowboys dominated, the Vikings’ things have slowly gone downhill, culminating in blowing a 27-10 lead over the Jacksonville Jaguars.

10) The Ravens will not win the AFC North

The Ravens offense is in shambles, and now they are a game behind the Bengals. They close the season against Atlanta, Pittsburgh and Cincinnati, and they will have to win the Falcons and Steelers game to set up a one-game showdown for the Division in Cincinnati. A win in Cincinnati looks like a long shot, and the Ranes have shown that the Falcons and Steelers games will both be struggles. The Ravens should be able to grab a wild card spot, unlike last year when they fell apart at the end of the season and missed the playoffs.