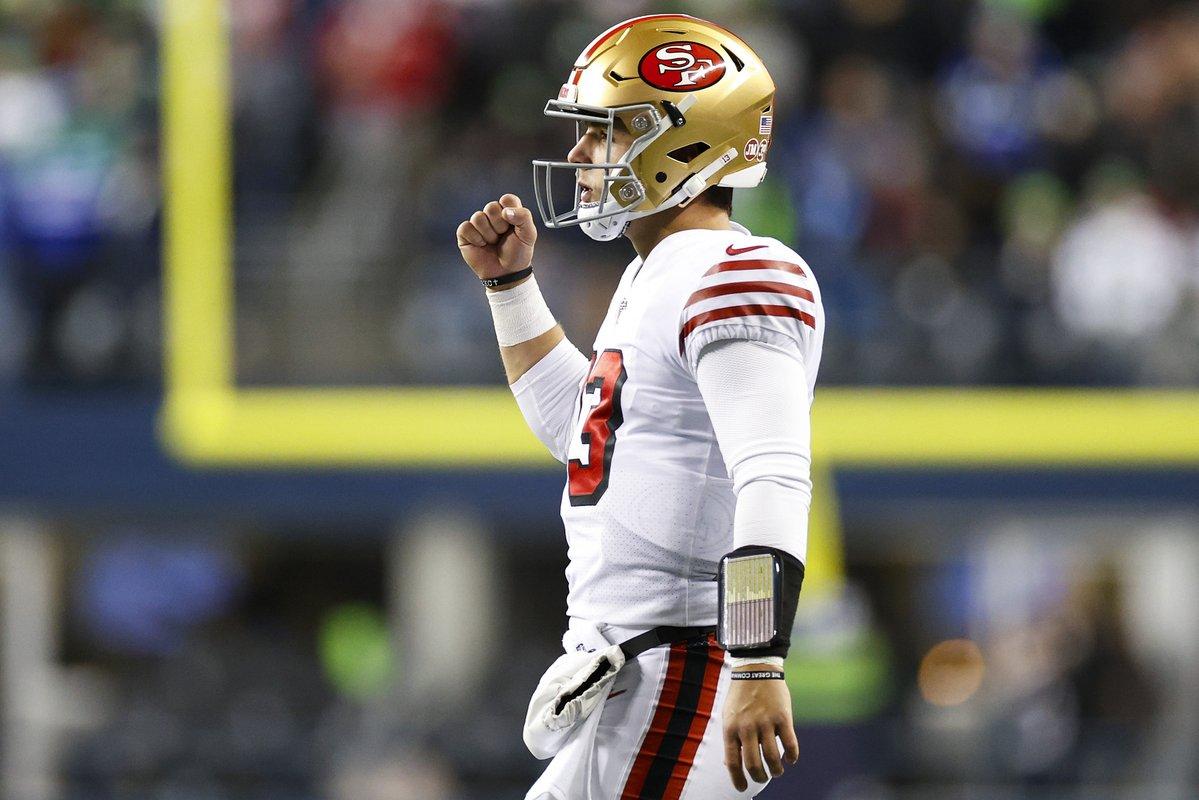 San Francisco 49ers quarterback Brock Purdy led his team to a 21-13 victory over the Seattle Seahawks at Lumen Field in his second start since replacing quarterback Jimmy Garoppolo. In addition to winning their seventh straight game, the 49ers clinched the NFC West title and qualified for the playoffs.

Having received the Mr. Irrelevant title in April for a second time, Purdy performed better than expected. He threw two touchdowns and ran in another in the 49ers’ crushing victory over the Tampa Bay Buccaneers and star quarterback Tom Brady just three days prior.

“He’s definitely the most poised rookie I’ve ever had,”

Shanahan also mentioned that Purdy hadn’t thrown a pass since Sunday due to injuries to his ribs and oblique.

Taking a 7-0 lead after a nine-play, 86-yard drive, Purdy sent tight end George Kittle up the middle for a 28-yard touchdown pass. The Seahawks bit on a double pump fake from Purdy, giving Kittle the best opportunity to be open.

The Niners’ first drive in the second half ended with Purdy putting the game out of reach. On the sideline this time, he found Kittle wide-open for another 54-yard touchdown. Just a minute into the third quarter, the 49ers led 21-3.

“Our defense is unbelievable,” Shanahan said. “They did it through the whole game, had two lapses on the final drive.”

In the final minutes, the 49ers’ outstanding defense surrendered a touchdown to Seahawks tight end Noah Fant. Yet, Purdy ran down the remaining 3:35 to win the game for the Niners, making it the second time they have won the NFC West under Shanahan.

Purdy was 17-of-26 for 217 passing yards with two touchdowns. Kittle had four catches for 93 yards. It was McCaffrey’s second straight 100-yard rushing game as he gained 108 yards on 26 carries.

The 49ers will play the Washington Commanders on December 24. They will then conclude their season with games at the Las Vegas Raiders and at home against the struggling Arizona Cardinals.