Power Ranking the Top 8 Quarterbacks in the AFC

Top 8 Quarterbacks in the AFC

Power Ranking the Top 8 Quarterbacks in the AFC

1) Tom Brady, New England Patriots – No, I don’t rank him number one because he has won more Super Bowl rings than anyone else. I rank him number one because he is a tremendous QB who, when most guys would be retiring, is leading his team from 25 points down to win a Super Bowl. If you don’t think he is the number one QB today, you are being blinded by jealousy. Brady is a tremendous leader and that is what makes him great, no matter the situation his teammates still believe they can win because Brady is at the helm. 2) Ben Roethlisberger, Pittsburgh Steelers – Big Ben, in my opinion, is very underrated. He has the ability to extend plays, and while it is true that early in his career he had a penchant for turnovers, that has not been the case as much in the last few years. 3) Phillip Rivers, San Diego Chargers – Rivers is poised to have a big season with an upgraded offensive line, more weapons, and a new coaching staff. 4) Andrew Luck, Indianapolis Colts – I know Luck catches a lot of heat, but he plays behind a poor offensive line and the defense for the Colts has been atrocious over the last couple of years. Luck constantly plays hurt, but if the line can improve, he will put up numbers. If the defense plays better, he could take the Colts on a playoff run. 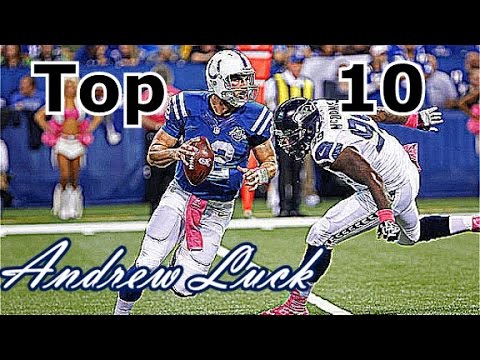 5) Andy Dalton, Cincinnati Bengals – Dalton has cut down big-time on the turnovers in the last two seasons and has become a much more efficient QB for the Bengals. Last year, free agency and injuries took away a lot of his weapons, but with healthy receivers and the addition of Ross and Mixon in the draft, the Bengals could be on the verge of a big season offensively if the line can hold up.

6) Joe Flacco, Baltimore Ravens – Let’s face it. Flacco has not played well the last couple of years and while you don’t want to face him in the playoffs, playing him in the regular season has not been scary at all.

7) Derek Carr, Oakland Raiders – I know Raiders fans will call me names for this, but Carr has not accomplished as much as the quarterbacks ranked above him. With that being said, it would not surprise me if Carr finishes the season in the top 2 or 3. 8) Ryan Tannehill, Marcus Mariota – I have a tie between these two because neither has proven to be top level quarterbacks yet. The reason, of course, is they haven’t really played long enough yet. Tannehill seems poised to take the Dolphins on a playoff run, as does Mariota with the Titans. My guess is that by the end of the year, one of these is top 5 and the other will be a disappointment. I am just not sure which is which yet?