The Bills weren’t able to upgrade their line in the offseason, but they did bring back Cordy Glenn and Richie Incognito, which will certainly help, Incognito was a huge addition to the Bills line last year. Buffalo is this high on the list because of how well Glenn, Incognito, and Eric Wood played last season, with all three top-10 players at their respective positions. They are this low on the list because John Miller didn’t play well—even for a rookie—and Jordan Mills has consistently was poor in pass protection. The only change was adding Fernando Velasco and letting go of Kraig Urbik as their backup interior linemen. If Miller and Mills improve the pass blocking, the Bills could surprise some people and be a playoff team this year. The Steelers have many key pieces in place to produce a very good O-line this season. David DeCastro and Ramon Foster both played very well last season, and look to only improve this season. Maurkice Pouncey was a top-three center in 2014, but missed all of 2015 with injury. If everyone stays healthy in 2016, the line should be improved from last year, as Pouncey is a major step above Wallace, and Harris is  better than Villanueva. However, the left tackle position is still concerning, the Steelers will have a very good starting unit, the problem area will be depth. Jeff Allen was the only NFL guard with more than 100 snaps last season with no sacks or hurries allowed. The Texans’ offensive line has a ton of depth, but some of their starters haven’t played their best football recently. Duane Brown peaked in 2011 and 2012, and had his worst season since his rookie year in 2015. Derek Newton also took a step back after an excellent 2014 season. Although they lost their best interior lineman, Brandon Brooks (Eagles), they added Jeff Allen, Nick Martin (Notre Dame), and Tony Bergstrom, which could more than make up for it. Nick Martin will be a huge addition at center on the Texans line. Arizona is another team where, if things go right, the franchise could feature an excellent offensive line. On the flip-side, the Cardinals could also free-fall down this list if even just a few things don’t go their way. Evan Mathis maybe the best run blocking guard in the NFL, but he is also the oldest guard in the league by over a year. A.Q. Shipley has played out well at center throughout his career when he’s had a chance. Humphries was a first-round pick in the 2014 draft, but didn’t play a snap in 2015. If all three of those new starters works out, it would be a big help to the Arizona offense. Mike Iupati and Evan Mathis make up the best guard tandem in the NFL, question is can Iupati stay healthy and can Mathis continue to win his race with father time?

The Packers’ offensive line received a bad reputation last year, mostly due to poor play by Don Barclay when others were sidelined by injuries. No Barclay and less injuries and this is a very good offensive line.  Lang and Sitton were both among the best guards in 2015, while the rest of the line has typically been average, and at their best, very good. Among Green Bay’s backups, Tretter played well in limited playing time, and the Packers drafted Spriggs (Indiana) in the second round. Spriggs will be a big time addition to the Packers, he has a high ceiling and could be a pro bowl player in a few years. The Eagles own a line that is likely to improve over last year due to upgrades among both their starters and backups. Philadelphia’s two worst linemen from last season, Matt Tobin and Dennis Kelly, played a combined 1,400 snaps, which should only happen again if there are multiple injuries along the line. They added Brandon Brooks (Texans), who has improved his pass-blocking each year, and at his best, is among the better run-blocking guards in the league. Wisniewski has graded well in the past, and will compete for a starting job—or at the very least, be the team’s top backup. Tackle Jason Peters is one of the best tackles in the NFL. If the Eagles can duck the injury bug their line will be very good. The Saints have the potential to have one of the better O-lines in 2016—if everything goes right. Terron Armstead is one of the top pass blocking lineman in the NFL. Center Max Unger is one of the top pass blocking centers in the NFL, the worry is his run blocking the last few years seems to be on a steady decline. Andrus Peat is expected to improve after an average rookie campaign. Strief, at his best, was among the best right tackles in the league, but over the last two seasons, he has declined to just an above-average tackle. If everything goes right, this can be a top-three line. My worry here is Peat, I believe he was overrated coming out of college. If he turns out to be what the Saints brass thinks they could be top 3. If I am right they could drop out of the top 10. 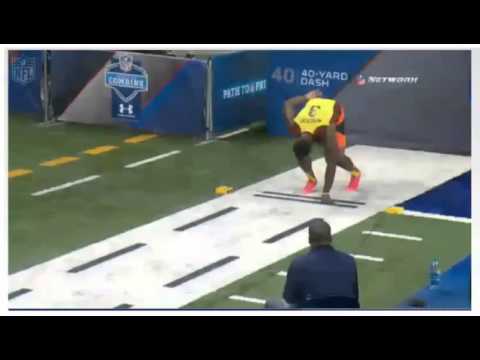 The Falcons have improved greatly over a short period of time. The additions of Levitre and Chester at guard have helped the team in terms of run-blocking. Jake Matthews made huge strides in his second pro season; he allowed 16 combined sacks and hits as a rookie, but dropped that mark to just seven in 2015. Schraeder was one of the top right tackles in the league last season. The biggest weakness on the line was center Mike Person, who has been replaced by Alex Mack. If all of these linemen are at their best, the Falcons could move even higher up this list as the season progresses. If Mack returns to form this line could help the Falcons be a playoff contender this year.

The Bengals’ offensive line remains largely unchanged outside of losing Andre Smith, which in my estimation is a loss that makes the Bengals better. Smith was an overweight player who was a solid run blocker, but his lack of foot speed and agility made his pass blocking terrible. On the bright side in each of the last nine years, Andrew Whitworth has graded above-average in both run-blocking and pass-blocking. Clint Boling and Kevin Zeitler have been mainstays at guard for Cincinnati, and have also provided consistent production. What holds the Bengals out of the top spot is the play of center Russell Bodine, who allowed 30 pressures last season, fifth-most among centers. There will be competition at RT, with either last years high draft choice Cedric Ogbuehi or Eric Winston likely taking the field come Week 1. The addition of 5th round draft choice Christian Westerman will pay off, if not right now, it will in the future. The Raiders quietly had one of the better offensive lines in the league last season, thanks to the addition of Rodney Hudson via free agency and the second-year improvement of Gabe Jackson. The Raiders were one of the best pass blocking offensive lines in the NFL last year. Their only weak point in 2015 was at guard with J’Marcus Webb, but they have replaced him with free-agent pickup Kelechi Osemele (Ravens). Osemele is one of the top run blocking guards in the NFL. Both Osemele and Austin Howard have position-versatility, so the Raiders can let their favorite backup join the lineup if an injury occurs. The Raiders are very close to being a playoff team, and this offensive line is one of the main reasons why.

The Cowboys are returning the same starting-five from the 2015 season, and will attempt to become a historically-great line. Smith, Frederick, and Martin were all top-three at their respective positions last year, while Free was a top-10 right tackle. If La’el Collins can improve from his rookie year and live up to his draft hype, the Dallas offensive line can be special. If an interior lineman is forced to miss time due to injury, Ronald Leary is one of the better backup linemen in the league. The Cowboys have a great offensive line, and could very well challenge for the NFC East title this year.