I wrote my original top 10 Grey Cups back in March. Since then I have watched every game in my top 15 to see if I made any mistakes. With this years Grey Cup being such a great game I figured it was time to revise the list.

Sure enough, Van Pelt brought the Bombers from behind, scoring two touchdowns and kicking two field goals, while Norm Rauhaus recovered a blocked kick for another Winnipeg major.

This game was widely considered the greatest Grey Cup game played until the shootouts of the 80’s. 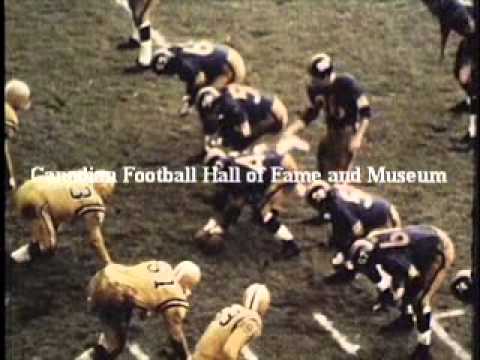 Tom Clements to Gabriel — anyone who saw it won’t soon forget one of the most exciting plays in CFL history, and the play that lifted the ’76 game to legendary status.

This game makes the list with a truly amazing final 20 seconds. 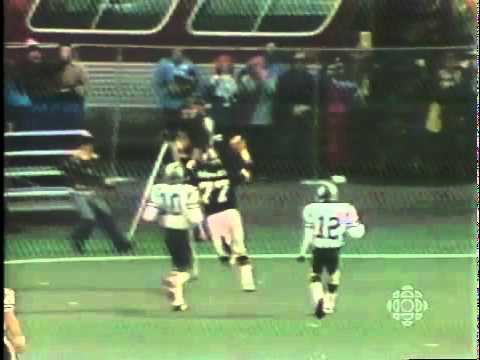 Who’d have guessed that an apparent mismatch between a 14-1-1 power like the Eskimos and an also-ran like 5-11 Ottawa would produce a CFL classic?

arent mismatch between a 14-1-1 power like the Eskimos and an also-ran like 5-11 Ottawa would produce a CFL classic? 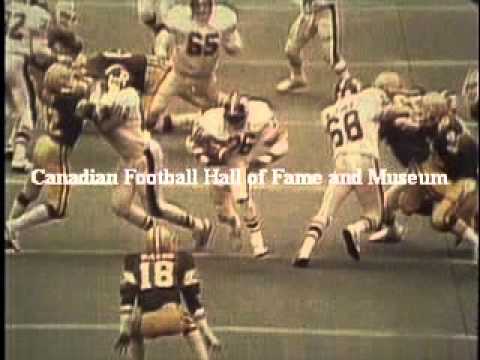 “The Snow Bowl,” became an instant classic, with wind whipping around mountains of the white stuff in the Argos 43-37 win before 38,595 fans at Ivor Wynne.

Most people recall the shoestring catch by Eskimos wide receiver Eddie Brown on a 64-yard touchdown pass from Danny McManus in the first quarter. It’s one of the most memorable plays in Grey Cup history.

Before the game, many people believed that QB Doug Flutie could not play well in cold weather. Flutie, who was the CFL’s Most Outstanding Player that season, was also named the game’s top performer. Teammate Mike Vanderjagt, who booted five field goals, was voted the Grey Cup’s Most Valuable Canadian.

It was the second-highest scoring Grey Cup game, next to Saskatchewan’s 43-40 win over Hamilton in 1989.

It was the Argonauts’ first Cup win since 1991. Ironically, they did it in the stadium that had often been called “Never Win” by the Argo fans due to the team’s consistent failure to beat the Hamilton Tiger-Cats at that venue.

Toronto’s 27 points in the second quarter came close to tying the Grey Cup record of 28 points in one quarter, set in the 1990 Grey Cup. 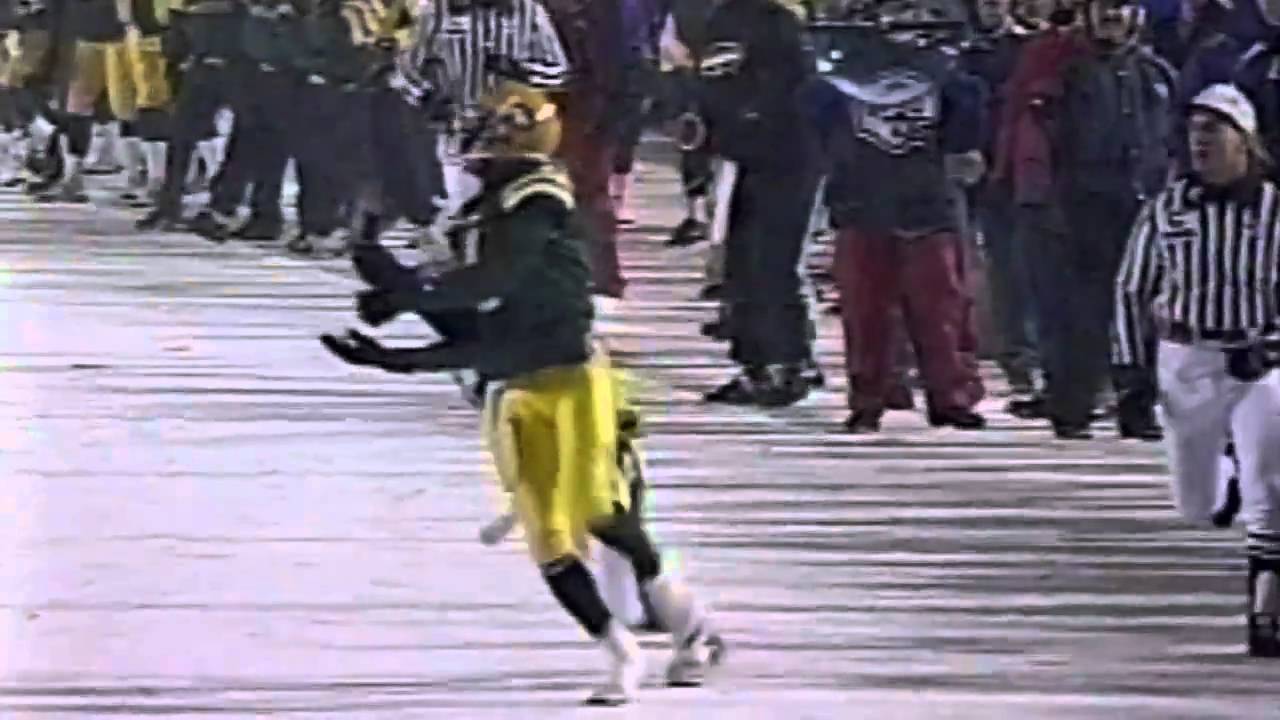 Just another wild nail-biter, with another last-minute, game-winning kick, this time a 49-yarder by Edmonton’s Jerry Kauric.

The fun started much earlier, though, with a 115-yard missed field goal return by CFL great Henry Gizmo Williams to open the scoring.

From there it was non-stop action, the final tally more than 800 yards in total offence.

Gilbert Renfroe teamed with Danny Barrett to lead the Argos attack, hooking up with Gil Fenerty for a 61-yard touchdown in the second quarter, the first of three straight touchdowns for Toronto.

But quarterback Damon Allen, NFL hall of famer Marcus Allen’s brother came off the bench to replace Matt Dunigan, led the Eskimos  to the comeback, and took home the game’s offensive MVP award. 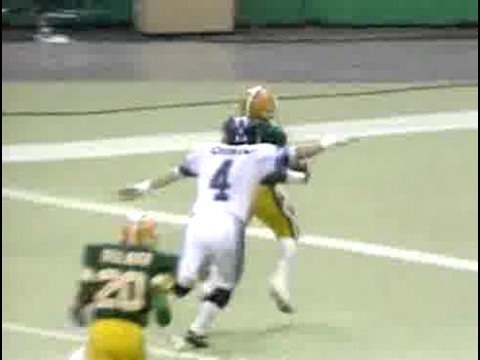 The CFL was full-fledged into their experiment of bringing the CFL to the USA. This was more than a football game to the people of Canada, this was about national pride. A better script could not have been written for this game.

Playing at home in Vancouver and Down 20-10 midway through the third quarter, the Lions outscored the Stallions 16-3 down the stretch, the winning points coming off the toe of hometown favorite Lou Passaglia — with no time on the clock. 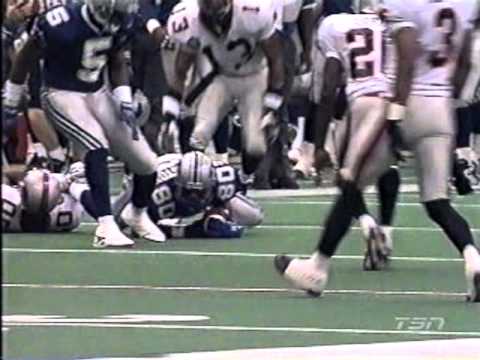 In this more recent classic there were six lead changes and a record 96-yard kickoff return by Edmonton’s Tony Tompkins.

The Montreal Alouettes came from behind to defeat the Saskatchewan Roughriders 28-27, on a 33-yard field goal by Damon Duval as time ran out. Duval had actually missed a first attempt, but Saskatchewan was penalized for having too many men on the field, allowing Duval a second field goal attempt. This has to be one of the most heartbreaking defeats for a team in the history of professional championships. 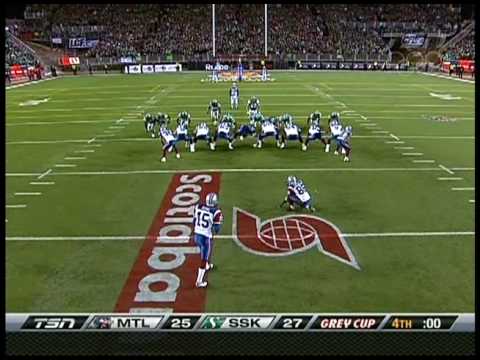 The Redblacks ended a 40-year championship drought for the city of Ottawa that spanned three CFL franchises and 27 football seasons of play. This was a great game with the Stampeders coming from 27-7 down to force overtime. Ottawa quarterback Henry Burris ended the game completing 35–46 passes for 461 yards (the fourth most in Grey Cup history and the first 400+ performance in the game since Danny McManus in 1996), three touchdowns and one interception. Bo Levi Mitchell responded for Calgary with 28–41 passes completed for 391 yards, two touchdowns, and three interceptions. The Redblacks score the only TD in overtime to win the cup.

I really thought after watching the 2016 Grey Cup that I would put it at number one. After watching both games 89 was still the best in my estimation.This game would take a lot of words to explain it, so sit back and enjoy the highlights from the greatest Grey Cup game ever played!

15) Willie Fleming Fleming retired from the CFL and the BC Lions ...