5 Best Games in the Packers and Lions Rivalry

The Green Bay Packers and the Detroit Lions are two of the oldest teams in the history of the NFL and have been been rivals since 1933! They face off tomorrow for the NFC North Division Title and have had many great games in their history.

Here are the 5 best games in the Packers and Lions rivalry:

The Lions were 5-4 and coming off a loss to the Chicago Bears. Thanksgiving Day against the Packers was a must-win game for the Lions or they would likely be knocked out of contention for the Western Division Title.

The Packers, led by second year quarterback Bart Starr, would trade field goals and lead 6-3 at halftime. The Lions knew they had to take control of the game and did just that as Hall of Fame running back John Henry Johnson ran for his season-long 62 yard touchdown run on the first play from scrimmage of the second half to take a 10-6 lead.

It was what the offense needed and the defense took over the rest of the game as they added a safety and allowed the offense to run out the clock and kick three additional field goals for a huge 18-6 Lions victory.

It would be the springboard that the Lions would use to win their final two games, including one against the 8-1-1 Cleveland Browns.

The Lions would win their playoff games and defeat those Browns again for what would be the last time they would win an NFL Championship. 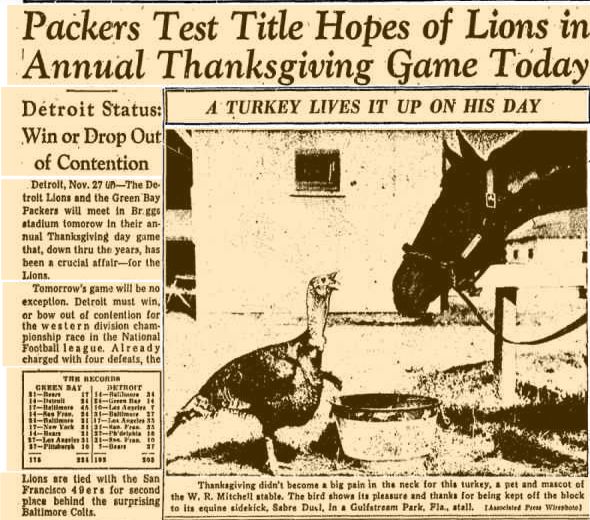 The Packers were 14-1 and had everything boxed up for the playoffs which resulted in Aaron Rodgers sitting the game out in favor of backup Matt Flynn.

The Lions were 10-5 and they knew if they win in Green Bay, they could overtake the Falcons for the number five spot and avoid traveling to New Orleans to play Drew Brees and the 13-3 Saints.

It would be an all-out shootout as Matthew Stafford and Matt Flynn would combine for 1,000 passing yards and a staggering 11 touchdowns on the day!

Matt Flynn was able to make a mint off this game as he went on to become a free agent in the offseason. 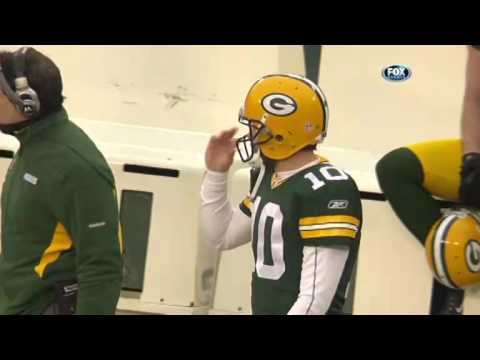 At Milwaukee County Stadium, the 6-5 Packers hosted the 5-6 Lions in what would be a huge game in the 1983 NFC Central race.

The Packers, led by Lynn Dickey, got out to a 20-3 halftime lead and were set to receive the second half kickoff. The odd part was Dickey didn’t start the second half due to a slight concussion, of which no one was sure when it happened.

Backup David Whitehurst fumbled the opening snap and safety Alvin Hall recovered on the Green Bay 11. The worst part was Packers’ returner Harlan Huckleby had a long kickoff return that was called back, which would have likely put a stake in the Lions.

Quarterback Eric Hipple took the first play on a naked bootleg to his left all the way to the endzone before getting shelled by defensive back Tim Lewis. It was Lewis that had the hardest time getting up and it would be the Lions who would celebrate the touchdown, cutting the lead to 20-10. This was precisely what the Lions needed to jumpstart their team.

The Lions defense would stop the Packers and after cutting the lead to 20-13 and watching Jan Stenerud miss a field goal, Hipple would lead his team for a game-tying touchdown pass to Freddie Scott.

Whitehurst would drive the Packers to midfield but would throw an awful interception to linebacker Garry Cobb.

Despite star running back Billy Sims pounding out yardage, the Lions would try to run to Dexter Bussey, who fumbled the pitch and the Packers recovered with just over 2 minutes to go.

The Lions would force the Packers to punt and have 1:39 to try to win the game from their own 40. Shockingly, Hipple didn’t see linebacker John Anderson who dove for an amazing interception with 1:07 left.

The Lions would force another punt and just kneel to force overtime.

After forcing another three and out, the Lions started at midfield and ran the ball to set up the game-winning field goal that Eddie Murray would MISS!

Whitehurst would then throw a crushing interception to Bobby Watkins, who would set up the winning field goal, which Eddie Murray would make to win 23-20.

Billy Sims ran for 189 yards in this game and the Lions would win the division with a 9-7 record and could point back to this game as the catalyst.

While this game featured a terrible 2-10 Packers team, the 5-7 Lions still had a shot to make the postseason, but they had to win on Thanksgiving.

At first, it seemed like the Lions would cruise to victory as they took a 10-0 before Wright could even step onto the field!

The Packers’ special teams would play a huge role on this day and tied the game after a blocked punt and recovery in the endzone by John Simmons.

Packers receiver Walter Stanley scored the first of his three touchdowns as they took a 23-13 lead on his 21 yard touchdown reception.

The Lions would score but the Packers led 23-20 at the half.

Detroit would dominate the 3rd quarter and it seemed like they would get their chance to contend for the postseason, leading 37-23. But it would be Walter Stanley keeping the Packers in it, as he hauled in a 36 yard score and making the score 37-30.

The Lions could have likely iced the game when Duane Calloway intercepted Randy Wright and took the ball all the way to the Green Bay 4 yard line late in the 4th. Amazingly, the Packers stuffed the Lions and they had to settle for a field goal. Leading 40-30 with just over five minutes left.

It would be Walter Stanley again who would make the big play with his 62 yard catch to set up running back Paul Ott Caruth’s 11 yard touchdown to cut the lead to 40-37.

The Lions could have ran the clock out but had to punt with just under one minute to play and Walter Stanley took it 83 yards to the house and end one of the most incredible games in Thanksgiving history, 44-41. 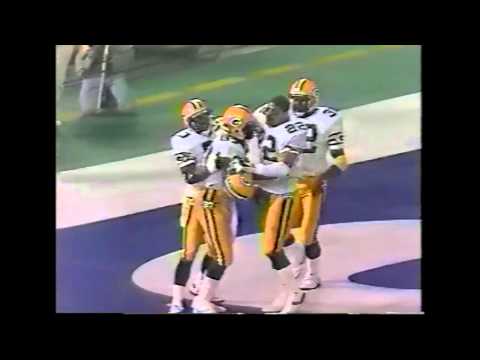 After clinching the division the week before, the Lions were poised to get a postseason run going but had to face the Packers again.

A young Brett Favre would lead his 9-7 Packers into the Silverdome to try and get the Packers their first playoff win since 1982.

Both teams would struggle to get offense going but Favre hit Sterling Sharpe for a 12 yard touchdown pass to take a 7-3 lead. The Lions would respond with a drive that ended with a one yard touchdown pass from Erik Kramer to Brett Perriman and a 10-7 halftime lead.

The Lions would extend their lead to 17-7 as Melvin Jenkins intercepted a Brett Favre pass and took it back 15 yards for a pick-six.

The Packers not only responded with another Sharpe touchdown, but Kramer threw a pick-six of his own as George Teague prevented a Lions score and took the lead back for the Packers as he went 101 yards the other way!

Leading 21-17, the defense tried to hold off the Lions, but the running game led by Barry Sanders and Derrick Moore, would take the lead back on a 5 yard touchdown run by Moore.

The Packers, down 3 with 2 minutes left, would drive to the Lions’ 40 yard line and Favre would make possibly the best throw of his career as he rolled left and threw across his body what likely equaled over 60 yards to a wide open Sterling Sharpe for the game-winner, 28-24. 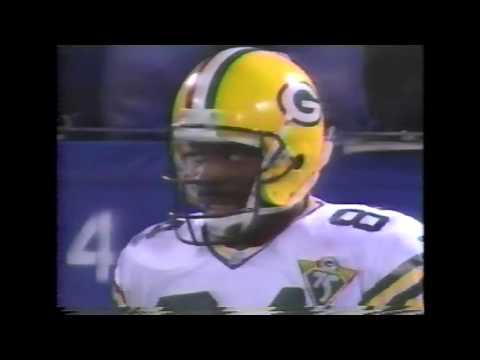 Previous article
« Alabama vs. Washington Final 4:Preview and Prediction!
Next article
Who Should be the 2016 NFL Coach of the Year? »