Next on our 2016 Preview are the cornerback rankings. (See also receivers and inside linebackers)

Everyone remembers the Super Bowl play, but he has blossomed into one of the top corners in the league.

His stats were limited but he’s not a one-play wonder. Gilmore doesn’t get a lot of love in the media, mainly because the Bills’ defense as a whole is very good, but Gilmore is a big part of that. He has good size and speed and teams do not like to throw on him.

Peters is entering his second season, but he belongs. He led the league last year with 8 interceptions for 280 return yards and 2 scores. He also had 26 pass defenses and a forced fumble. The long and short of it is, he’s a playmaker. He’ll have to avoid a sophomore slump, especially with Sean Smith now in Oakland, but he has what it takes to be a great corner in this league for a long time. Talib is still one of the top corners and feared across the league. His 3 interceptions and 2 returns for scores helped Denver lock down opponents and ultimately hoist the Super Bowl trophy. In 2015, Trufant showed that he is a lockdown corner. In Dan Quinn’s defense, he takes away half the field and as a result, quarterbacks throw away from him, allowing other players to make plays. He only had one interception in 2015, but he still made the Pro Bowl due to his exceptional cover skills. Last season was a breakout one for Josh Norman as he locked down receivers every week in 2015. He had 4 interceptions for 110 return yards and two scores, but he didnt see many passes his way. He was a big part of why Carolina had one of the top units in the NFL last year and will look to prove it wasn’t a fluke in Washington. 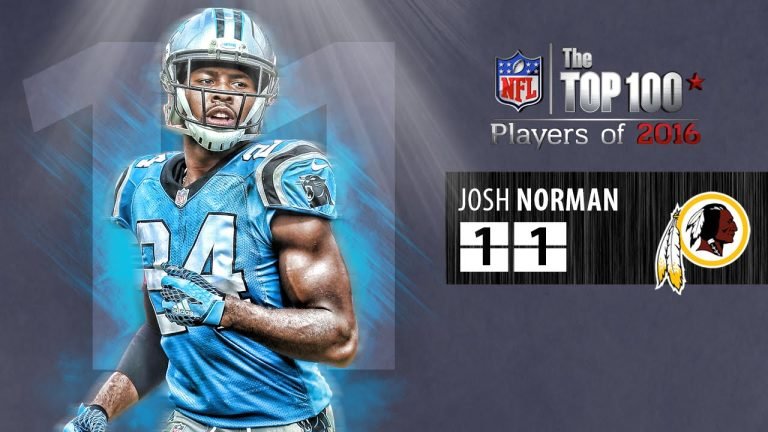 Revis has been a lockdown corner since about 2008 and is still a force. He may not be quite the player he used to be but teams still avoid him. Revis still has a couple great seasons left and look for him to be among the best in 2016. Aqib Talib gets most of the press, but it’s Harris that does the most dirty work. He’s probably the best slot corner in the game with his exceptional jamming skills but can also play with speedy receivers on the outside, like Antonio Brown. What’s interesting is he didn’t give up a touchdown in over 2 seasons. Harris will continue to be dominant in 2016. An argument can still be made that Sherman is number one, but he’s at least number two. While he thrives in zone coverage with Earl Thomas playing behind him, Sherman can still play against an opponent’s best receiver and take him away.

Teams will still throw to the other side, making Sherman’s stats look mediocre, but make no mistake, he’s still one of the most dominant corners in the game. Peterson had his best season in 2015, not statistically, but he locked down every great receiver he played against. He can shut down any receiver and he makes plays, no matter the situation.

If there’s any doubt, watch the footage.