As the rules get more complicated and even more favorable to wide receivers, the safety position will continue to be more valuable.

Coleman was the surprise safety of 2015 as he broke out and had a career-high 7 interceptions for the Panthers. Along with his interceptions came 90 tackles and a sack. While he didn’t pile up a load of statistics, McCourty is the clear leader of the Patriots secondary and provides great coverage against tight ends. He can play almost every position in the defensive backfield and makes an impact every game. 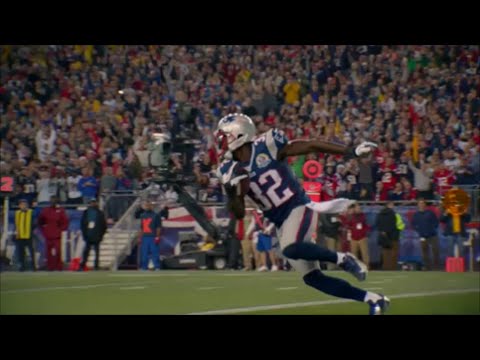 The Seahawks have two of the best safeties in all of football and Kam Chancellor comes ready to play every Sunday. While the rest of the Legion of Boom is blanketing receivers, Chancellor makes most of his impact at the line of scrimmage and acting as a fourth linebacker. His bone-jarring hits are the stuff of legends around the league. Jones made his first Pro Bowl in 2015 and was the leader of an improving Dolphins defense. He led all defensive backs with 135 tackles and was able to plug a lot of holes during the season. The long-time safety had an amazing 2015 as a defensive back who can cover tight ends and slot receivers. He had two interceptions, three fumbles and 109 tackles. Just watch this pick-six against Tom Brady.

All Reggie Nelson did in 2015 was make plays. He led the NFL with eight interceptions and was the leader of the Bengals secondary. Now in Oakland, Nelson will look to lead a young and hungry Raiders defense in search of their first playoff appearance since 2002. Mathieu can play anywhere whether it be safety, corner, or even a blitzing back. He had 5 interceptions and 17 pass breakups as he made impact in every game he played in. He is easily one of the most complete defensive backs in the NFL.

The NFL’s Comeback Player of the Year plays both free and strong saftey, and does it at a high level. He can cover every part of the field and also defends tight ends well. Expect even more in 2016. Smith does everything and was one of two safeties to finish in the top 10 in both run defense and coverage in 2015 (Malcom Jenkins). He is just as effective on the line of scrimmage as he is defending players or reading quarterbacks’ eyes. He is only going to get better. There is little doubt that Earl Thomas is the top safety in the NFL. He shuts down most of the field and can run down the ball from just about anywhere. Despite all the attention that Richard Sherman and Kam Chancellor receive, Earl Thomas is the clear leader of the secondary and makes so much happen for his teammates.