At Notre Dame, he pounded out 33 touchdowns, the third-most in modern school history. And if the guy hadn’t turned pro after his junior year, he might be the all-time leader. 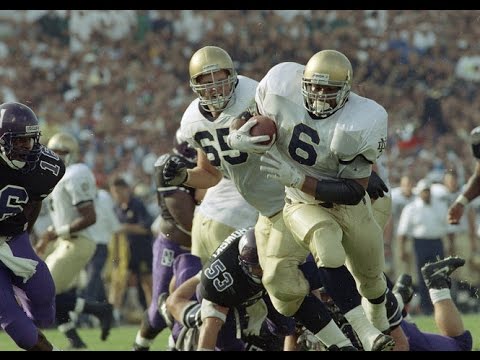 Theismann won 84 percent of the games his teams played (20-3-2 record) in college. Theismann is also the only Quarterback other than Joe Montana to win an NFL MVP and a Super Bowl for the Irish. Browners 340 career tackles are the most for an Irish lineman. He also pulled off the rare trifecta as a Lombardi, Maxwell, and Outland Trophy winner.

Yet his greatest feat might have been this: a fifth-place finish in the 1977 Heisman Trophy race, almost unheard of for someone at his side of the ball. One of the most explosive players in College Football as “Touchdown Timmy” made the endzone seem like his second home. Brown won the Heisman in 1987. 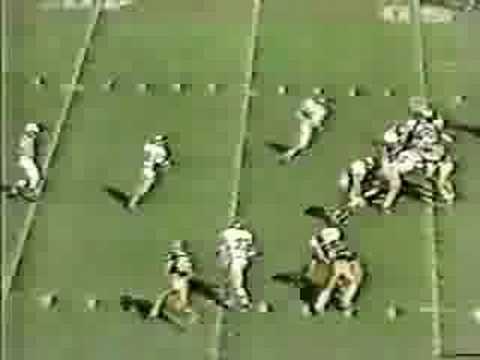 Page was a huge contributor to the 1966 National Championship team that allowed only 24 points over their last 9 games. You could double to triple-team Page. It did not matter. He would still make the play. The Adventures of Johnny Lujack

Montana’s stats were not amazing as he threw as many TD passes as interceptions, 25 of each. But he led the Irish to a National Title in 1977 and won the 1979 Cotton Bowl or “the chicken-soup game.”

Why is Hart so high on this list? The 1949 Heisman and Maxwell Trophy winner was the best player in the country with the greatest team in Notre Dame history.

And this: In his four seasons as the BMOC, the Irish compiled a 36-0-2 record and captured three national titles. 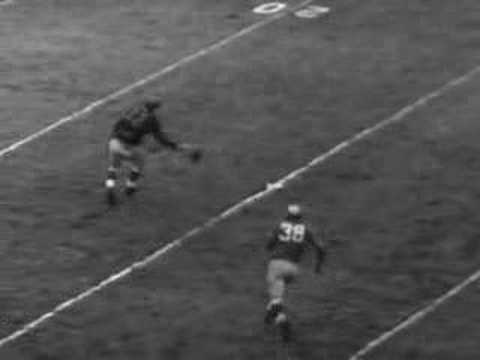 The first-ever Outland Trophy winner remains the consensus pick as the best lineman in Irish history. He played in 18 games at Notre Dame and never trailed in any of them! 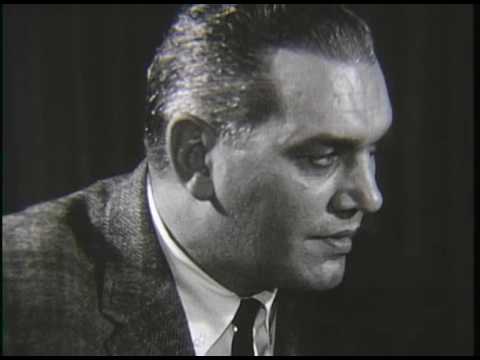 Hornung was a do-it athlete who was so good he won the Heisman on a below .500 team. Hell,  he was an All-America. Heisman Trophy winner. NFL Most Valuable Player. NFL champion (five times). Halls of Fame (yeah, all three of them — high school included). Previous article
« The Double Dipper: The bond between Wilt and Kareem Part I In NBA history
Next article
Rigondeaux vs. Casimero: Guillermo Still Looking For Respect »