Seth was having a great season last year, up until a season ending neck injury. Losing an offensive genius like Art Briles does not help his situation.

The big question for Russell is can he comeback from the injury and what kind of an effect will losing Coach Briles have?

Mahomes emerged as coach Cliff Kingsbury’s favorite to orchestrate the Red Raiders offense in 2015. He threw for 4,653 yards and 36 touchdowns in 13 starts for Texas Tech in his sophomore season. Mahomes is an accurate passer, completing 63.5% of his passes as a sophomore, throwing only 15 interceptions on 573 pass attempts.

Mahomes averaged 8.2 yards per attempt in the Red Raiders’ offense, accumulating a 147.2 passer rating. He’s also been a boost to Texas Tech’s rushing attack as somewhat of a dual-threat passer, rushing for 456 yards and 10 touchdowns in 2015. 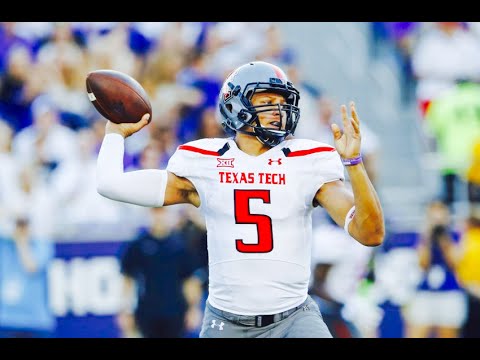 Dobbs will enter his senior season in Knoxville as the Volunteers’ best hope to play for a trip to Atlanta and the 2016 SEC Championship Game. As a junior in 2015, Dobbs had 2,291 passing yards for 15 touchdowns and only five picks, completing nearly 60.0% of his passes.

While the aerial numbers don’t tell the half of what Dobbs can do on the gridiron, he rushed for 671 yards and 11 touchdowns as a junior for the Volunteers in 2015, his first full year as the starter. Now that there is some form of continuity with him and the Tennessee offense, expect Dobbs to lead the Vols to a 10-win season and vie for an SEC Championship as one of the better teams in the conference in 2016. 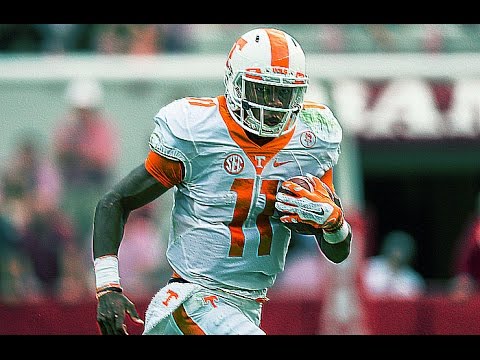 Brad Kaaya has thrown for over 3,000 yards each of his first two years as the Hurricanes’ starting quarterback. While Kaaya was already a focal point of The U’s passing attack, he’s about to get even better now that quarterback guru Mark Richt is now his head coach at Miami.

At 6’4″, 215 pounds, Kaaya has the prototypical build of the type of playmaker Richt prefers to run his pro-style offense. If Kaaya is willing to buy into what Richt and his staff are preaching, there is an outside possibility that he could be the third Hurricane quarterback to win the Heisman Trophy behind Vinny Testaverde and Gino Torretta. Kaaya would also be the third Heisman that Richt has coached, as he was the position coach for Charlie Ward and the offensive coordinator for Chris Weinke during his time at Florida State. This season with Richt as his coach could be a huge breakout season that could lead to be drafted in the first round of the NFL draft after he is done at the U. 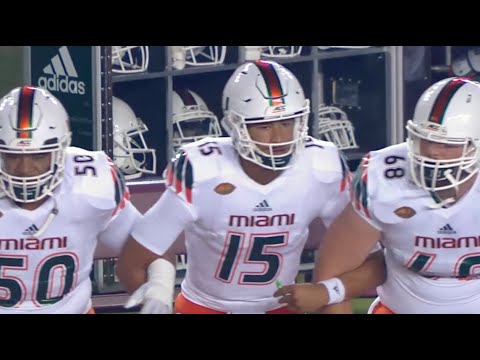 The U: Brad Kaaya Sophomore Highlights

With all competition gone for Barrett, this should be his breakout season. Barrett is another prototypical dual-threat playmaker for Ohio State at the quarterback position. He has 3,826 career passing yards for 45 touchdowns and a quarterback rating of 160.1 in his first two years in Columbus. Barrett has also accumulated 1,620 yards on the ground with 22 career touchdowns as a runner.

Ohio.St lost a lot of talent to the NFL, but under Head Coach Urban Meyer it is likely more of a reloading year than a rebuilding year. 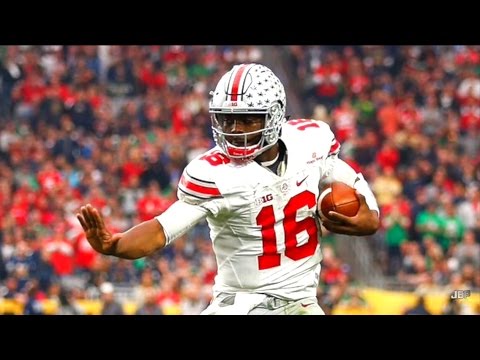 In Kelly’s first year with Ole Miss in 2015 as a junior after transferring from Clemson, he led the Rebels to a Sugar Bowl victory over the Oklahoma State Cowboys in New Orleans. Kelly threw for over 4,000 yards in Ole Miss’ high-octane offense his first year in Oxford, channeling his inner Uncle Jim in the K-Gun offense of Buffalo Bills’ fame. Jim Kelly is Chad’s uncle, by the way.

The question will be can Kelly lead the Rebels past Alabama again and this time finish it off by winning the SEC championship..

Ward was a dynamic dual-threat quarterback in Coach Tom Herman’s system, throwing for 2,827 yards and 17 touchdowns, while rushing for 1,114 yards and 21 touchdowns on the ground. 38 all-purpose touchdowns at the FBS level is undeniable, regardless of Houston not playing in the Power 5. The American has some great teams in their own right like Memphis, Navy, and Temple.

It’s very possible Houston could contend for the national championship this year if they do Ward will become a household name. 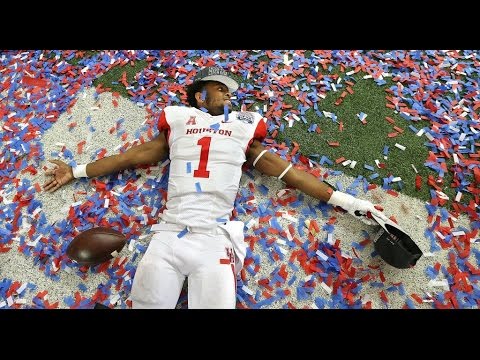 As a true freshman in 2015, UCLA Bruins quarterback Josh Rosen didn’t disappoint as the replacement for Brett Hundley in the Bruins aerial attack. Rosen threw for 3,669 yards, 23 touchdowns, and accumulated a quarterback rating of 134.3 for head coach Jim Mora. Not bad for the No. 1 overall quarterback prospect of the 2015 high school graduating class.

Entering 2016, Rosen has the potential to lead the Bruins to not only a Pac-12 South Division title, but also a Pac-12 Championship en route to the third annual College Football Playoff. This could be a huge year for UCLA football.

Mayfield finished fourth in heisman voting and threw for 3,700 yards and 36 touchdowns in offensive coordinator Lincoln Riley’s first year using the Air Raid offense in Norman. Oklahoma again will be a favorite to win the Big 12 and get back to the College Football Playoff with Mayfield at quarterback and Samaje Perine at tailback. Deshaun Watson as a true sophomore in 2015 was a Heisman finalist and a consensus All-American, leading Clemson to an ACC Championship and a National Championship Game appearance against Alabama.