The Grueling Truth - Where Legends Speak / Top 10 Heisman Trophy Power Rankings: Who will win it

Top 10 Heisman Trophy Power Rankings: Who will win it

This Heisman trophy race has not gone as expected. It was expected that Bryce Young and C.J. Stroud would battle it out, but that never materialized. Michael Penix from Washington, Caleb Williams from USC, and Max Duggan have stolen the show for me as the top three candidates. Check out the best football odds for betting on the Heisman.

Drake Maye had a fantastic start to his season. He looked like a serious Heisman contender. This was until North Carolina lost to North Carolina State and Georgia Tech in their regular-season finale.

Maye’s Heisman stock didn’t rise much on Conference Championship Weekend. Maye watched the Tar Heels defense be torched by Clemson’s offense, led by Cade Klubnik, a freshman who had replaced D.J. Uiagalelei. The Tar Heels scored 10 in the first half and were held to this score for the rest of the game.

Maye was 26-of-42 for 268 yards and zero touchdowns. He also threw two interceptions. Although he did run three yards to the end zone, Maye managed 24 yards in 11 carries.

Maye entered the game with 3,847 passing yards and 35 touchdowns. He also had five interceptions and a 67.7 per cent completion rate. Maye rushed for 629 yards and six touchdowns in 161 attempts. 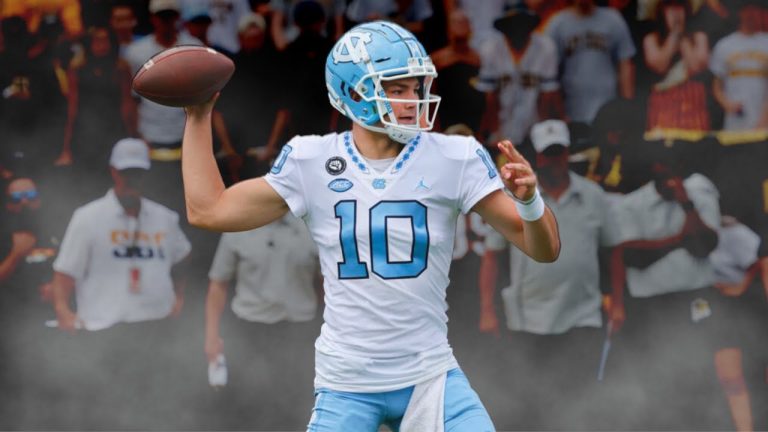 Check out the top sportsbooks for betting on the Heisman Trophy

The Ducks went 9-3 this year. Although they didn’t close the season as they had hoped, it’s hard to overlook the work Bo Nix did this season.

Nix completed 71.5 per cent of his passes, completing 3,389 yards and 27 touchdowns in 12 games. He also threw six interceptions. Nix ran for 504 yards and 14 touchdowns, averaging 84 carries.

It was a remarkable turnaround season for Nix at the Pac-12. 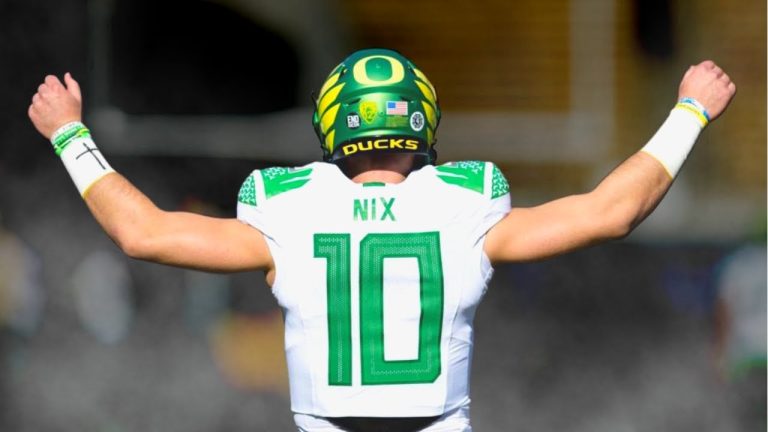 Although Stetson Bennett is not the most flashy of quarterbacks, he is part of one of the undefeated college football teams. This, along with his performance in SEC Championship Game, has led to the conclusion that Bennett should be invited to the Heisman Trophy ceremony.

Bennett was facing off against the LSU Tigers and had almost all of his time as he played. He was only hurried one time during the game. Bennett completed 23 of 29 pass attempts, gaining 274 yards and four touchdowns. He threw four touchdown passes in the first quarter alone.

Georgia won the SEC championship by a score of 50-30. They have now secured one of the College Football Playoff spots.

Bennett entered the game with 3,151 passing yards, 16 touchdowns and six interceptions. He also had a 67.2 completion rate. 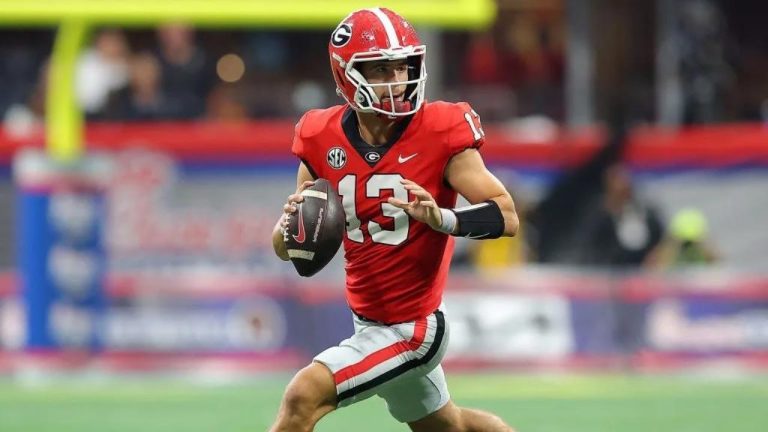 The college football world will be watching quarterback Bryce Young in a bowl game, one way or the other. Young did not have the same statistics as when he won last year’s Heisman, but he was a shining star at the end, especially in the Iron Bowl against Auburn.

Young threw for 3,007 yards and 27 touchdowns in the same year. He also completed 64.1 per cent of his passes.

Young won’t win back-to-back Heismans, but he had some outstanding performances throughout the year. For the second year in a row, the Big Ten championship was won by the Michigan Wolverines. Michigan defeated Ohio State in “The Game” and won a comfortable victory of 43-22 over the Purdue Boilermakers.

This was possible after Michigan lost star running back Blake Corum and Heisman running back to knee injuries. Corum sustained the injury against Illinois on Nov. 19, which severely limited his availability. He only played in the second half against Ohio State, with only two carries. Corum had season-ending knee surgery before the Big Ten Championship Game.

While the Wolverines might be playing well without Corum, there is no doubt that Corum was among the country’s most important players. 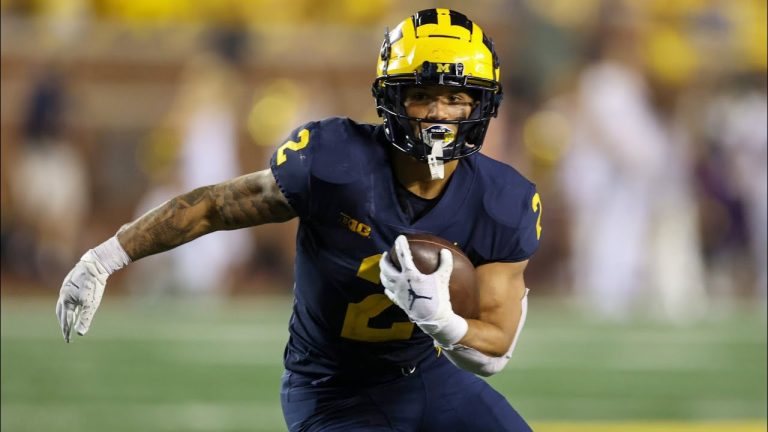 The Tennessee Volunteers were a surprise team this season. In a thrilling mid-October match, they defeated top-ranked teams like LSU, Florida and Pittsburgh. These victories were made possible by the huge games for senior quarterback Hendon hooker.

Hooker seemed the favorite to win the Heisman with each passing game. His stock dropped after he was held without a touchdown by the Georgia Bulldogs’ defence. Hooker was then injured in the loss to South Carolina on November 19.

Hooker completed 69.6 per cent of his passes in his final season with Tennessee. He threw two interceptions and rushed for 335 yards. Hooker ran for 430 yards and five touchdowns on his 104 carries.

Hooker’s season ended disappointing, but it was a great year for him. 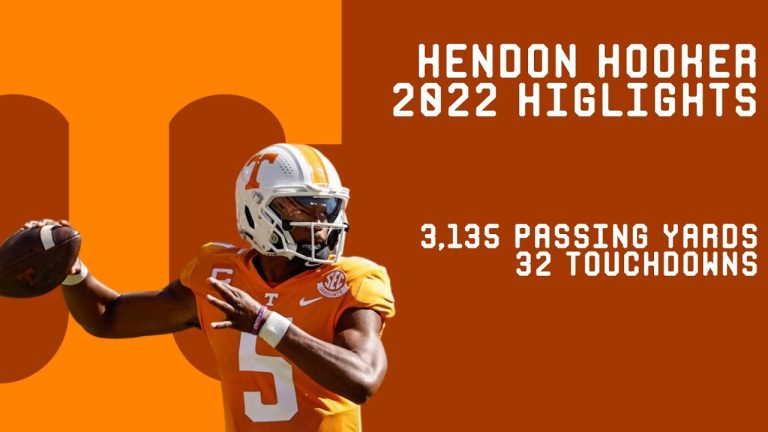 The Michigan game did not help Stroud’s cause, as he did throw two interceptions.

Ohio State was in the College Football Playoffs a week later. They achieved exactly that with USC’s loss against Utah on Friday and TCU’s loss against Kansas State on Saturday. These results give the Buckeyes great chances of reaching the CFP semifinals. This allows Stroud to show his talent, especially if the NFL Draft is declared.

Stroud threw for 3,340 yards, 37 touchdowns (tied in the nation’s top ten) and six interceptions during the year. He also completed 66.2 per cent of his passes. The Pac-12 has one quarterback that is statistically the most successful in the country. This is Washington Huskies signal-caller Michael Penix Jr., who came from Indiana.

The southpaw quarterback put in some incredible performances throughout the season. He had a 408-yard game against Oregon on November 12th and scored five touchdowns against Washington State in his regular-season finale to win the Apple Cup.

Penix was the top college football player with 4,354 yards passing and threw 29 touchdowns.

Penix was a great player in his first year at the wild Pac-12 conference. Penix did lead the nation in passing yards. Check out the top football betting sites. 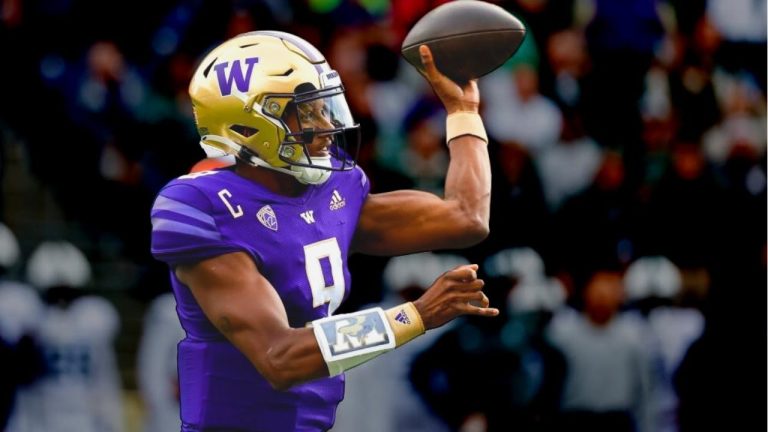 Check out the top sportsbook bonuses for betting on college football

If college football fans aren’t convinced that TCU Horned Frogs quarterback Max Duggan is a legitimate Heisman contender, they should be.

When they took on the Kansas State Wildcats, Duggan and his Horned Frogs team were looking to win the Big 12 Championship. Although the Horned Frogs trailed by 28-17 at one stage, Duggan rose above the situation and forced overtime. Duggan ran the team for 95 yards on five runs in the penultimate drive. He even scored the game-tying touchdown in the fourth quarter.

Duggan could not score a touchdown in overtime, so they lost the game on downs. Kansas State won the game on a 31-yard field goal.

Duggan ran for 110 yards on 15 carries and gained 251 yards with one touchdown and one interception through the air.

Duggan’s game has shown that he is worthy of an invitation to the Heisman Trophy ceremony in New York City on December 10. 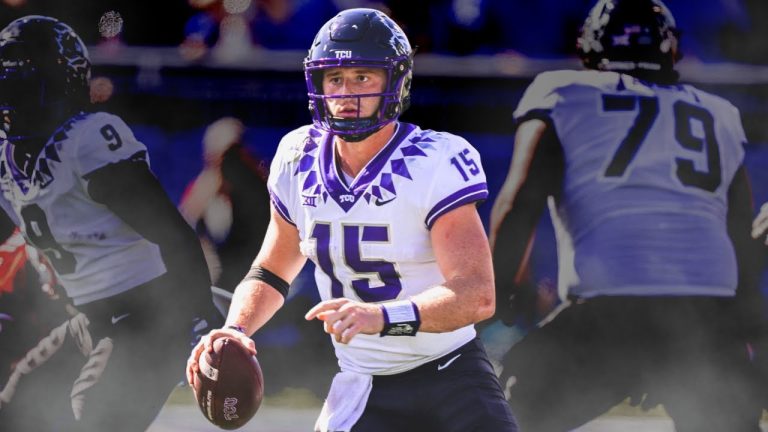 Williams threw for 4,075 yards, 37 touchdowns and four interceptions in the same year.

Although the Trojans fell short in the College Football Playoff, they had a fantastic first season with Riley & Williams. Heisman favourite and top-rated quarterback transfer, quarterback transfer proved that he is also a favorite to become the No.1 draft selection in the 2024 NFL Draft.

Williams will be the 2022 Heisman Trophy winner in New York City on Dec. 10. 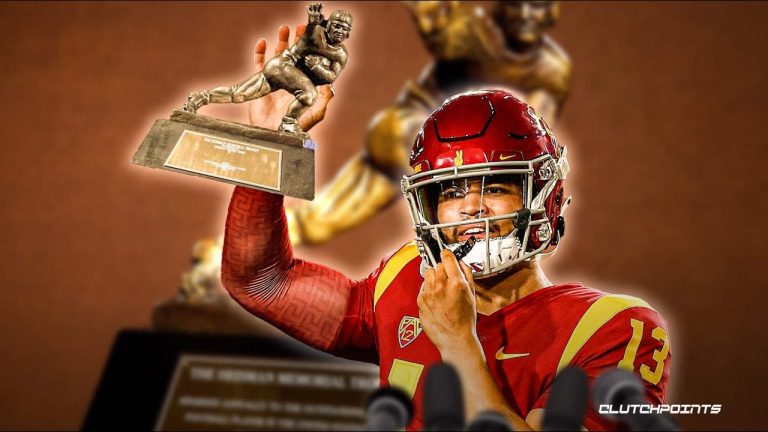