I know it’s Division III, but this finish was better than most on here. I kept it at ten because it was Division III, but it was so amazing it needed to be included. Millsaps took a 21-13 lead in the fourth quarter, but Trinity cut it back down to 24-22 with a fourth-down touchdown and went for two to tie. The Tigers didn’t get it and had to kick the ball back to Millsaps with about two minutes left. Millsaps couldn’t move the chains and failed in an attempt to run out the clock on fourth down. Trinity took over with two seconds left.

With the ball on his team’s own 40, Trinity coach Steve Mohr ruled out a Hail Mary, opting instead for short underneath route and hoping laterals could spring a player for the score. Blake Barmore completed the pass to Shawn Thompson for 19 yards, setting off a chain of laterals called the longest play in college football history. In over a minute of real-time, Trinity lateraled the ball 14 times, and on the 15th attempt, the ball was tipped, becoming a fumble. Wide receiver Riley Curry recovered the fumble and ran it in for the touchdown. 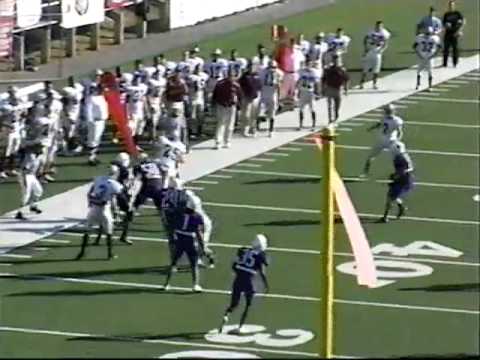 Maybe the worst officiating in a college football game ever! 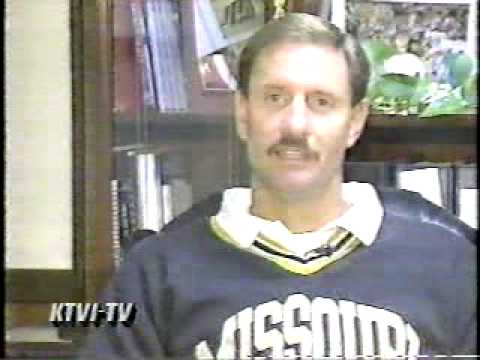 In a game filled with dramatic moments, Matt Leinhart led a last frantic drive to put USC in a position to win. When the mess was cleared, USC lined up on 2nd-and-goal with seven seconds left. Trojan’s coach Pete Carroll signaled Leinart to spike the ball, but the gesture was a ruse. Instead, Leinart kept the ball, trying to sneak it across the line, but was stuffed by the Irish defense. Then, as Leinart rolled left across the pile of linemen, Reggie Bush essentially propelled him from behind, pushing the quarterback into the end zone. USC took a 34-31 lead with just 3 seconds left, and Notre Dame fumbled on the ensuing kickoff to end the game. 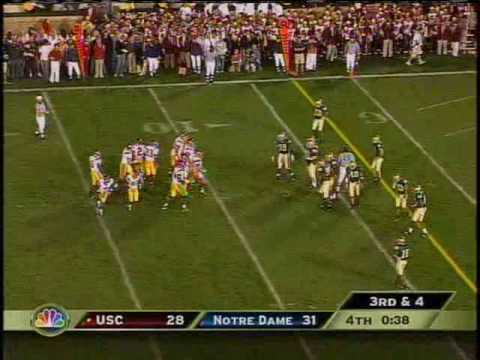 Georgia came into the game undefeated and winning by an average of 20 points or more per game. Georgia led 20-10 at the start of the fourth quarter but quickly conceded 11 points to trail 21-20. The Gators ran as much time off the clock as possible, and the Bulldogs regained possession with just 1:35 left in the game. Dejected Georgia fans filed out of the Gator Bowl in Jacksonville as Florida fans celebrated and taunted their rivals across the field.

Georgia’s potentially final drive didn’t start very well. First, quarterback Buck Belue was chased out of bounds for a one-yard loss on first down, then threw incomplete on second. Then, on 3rd-and-11, with 1:03 left, Belue took the snap and dropped back into his own end zone. Under pressure, he scrambled to his right and threw an off-balance pass on the run as he crossed the five. That pass found Lindsay Scott, who turned and scampered 93 yards for a touchdown.

Led by James and Dickerson, the Mustangs ran to a 45-25 lead with just four minutes left to play. Cougars fans were so certain that they were headed for a third straight Holiday Bowl loss that they began to leave the stadium. Even the announcers were writing off BYU. But McMahon didn’t have it.

McMahon led BYU to a quick score, and then the Cougars attempted and recovered an onside kick. On the following drive, McMahon, under pressure, scrambled backward and threw a bomb for the end zone. The ball was caught but ruled down at the one, and the Cougars easily ran it in to make it 45-39. On SMU’s next possession, BYU’s defense held firm and forced a punt.

The Cougars overloaded the line of scrimmage with 10 men, and the rush worked. The punt was blocked, and BYU regained possession at the Mustangs’ 41-yard line with only 13 seconds left to play. After two incomplete passes, McMahon dropped back all the way to his own 48 before letting fly with a Hail Mary as time expired. With five Cougars around him, tight end Clay Brown leaped up and made the catch, evening the score at 45-45. BYU had its first bowl win ever after kicking the extra point. Colorado and Michigan were at the top of the table when they faced off early in the 1994 season. Both undefeated at 2-0, Colorado was ranked seventh and Michigan fourth for the showdown at the Big House. What followed was an amazing finish! 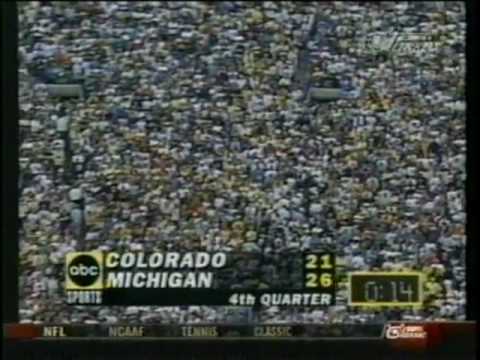 This game is almost impossible to describe, so I want to let the video speak for the game on this one. 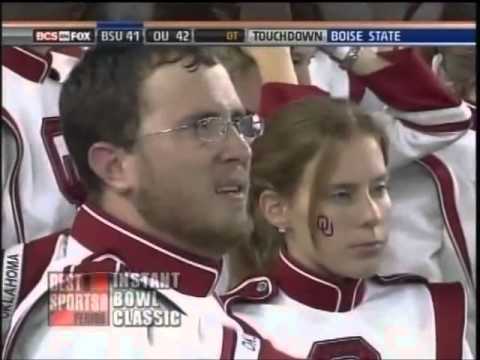 The game was a shootout. Miami took a 45-41 lead with 28 seconds left, and when Doug Flutie took over for Boston College after throwing 45 passes in the game. Two quick completions took the Eagles to around midfield, and after an incomplete pass, Boston College had just six seconds on the clock.

Boston College called for the Hail Mary. Flutie took the snap and scrambled away from pressure in the pocket, setting his feet around his own 36-yard line to launch a bomb for the end zone into a 30-mile-an-hour wind. Flutie’s pass had plenty of distance, and somehow, it fell through two Miami defenders to BC’s Gerard Phelan. 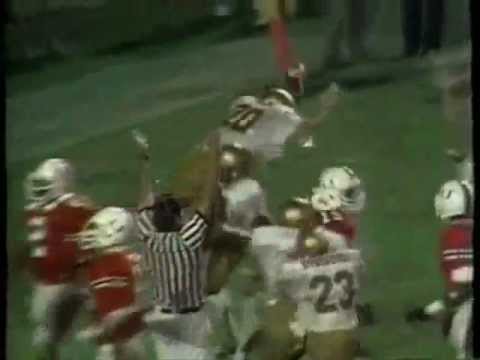 The most storied game in this great rivalry was a shootout that went back and forth. Finally, the game came down to Alabama mounting a frantic last-minute drive. Alabama running back TJ Yeldon took the ball to the Auburn 39, but time had run out, and the game was overtime. Crimson Tide coach Nick Saban disagreed and asked the officials to check the replay, and they concurred, putting one second back on the clock. With that one second, Alabama lined up to attempt a 56-yard field goal to win the game.

The kick went up, came down just short of reaching the goalposts and into the hands of Auburn’s Chris Davis, standing just steps from the end line. Davis took the missed kick, headed for the sideline, blew past Alabama’s field goal unit with the aid of a couple of blocks, and crossed the goal line with a convoy of jubilant teammates. Davis’ fantastic return ended the Alabama dynasty as jubilant Auburn fans soon engulfed Jordan-Hare Stadium.

This finish, I can’t say anything about that hasn’t already been said. So sit back and enjoy the most improbable finish in college football history. 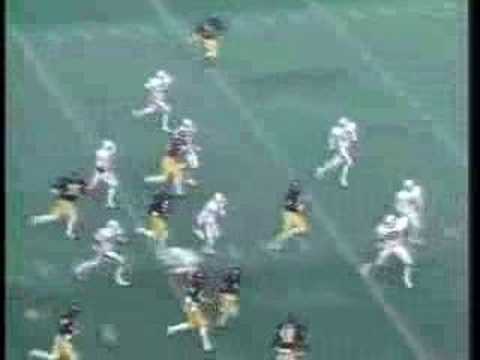 Previous article
« 2021 AFC North Predictions(Is it finally the Browns year)?
Next article
Why the 1984 College Football National Champion should have Been Washington and not BYU »