Whos is the GOAT Program of all time?

In the 1990s, they had 10 win seasons each year and finished in the AP top five every year, a feat that might never be matched again. They also have had three NC’s (1993, 1999,2013) but didn’t even field a football program until 1947. Their 58 weeks at No. 1 in the AP during the 90s was matched by none. They also had two Heisman winners in Charlie Ward and Chris Weinke. Jameis Winston made it 3 Heisman trophy winners in 2014. Check out the best sports betting sites!

The Seminoles are at ten on this list mainly because of a lack of longevity; as stated above, the Seminoles didn’t begin to play until 1947. The decade they had in the 1990s was as dominant as any team has been for a decade. The Wolverines have 3 NC’s (’47, ’48, ’97), and they also have had 3 Heisman winners. Michigan sports the most memorable helmets and jerseys and plays in front of one of the largest crowds on game day. The maize and blue have the most wins of all the NCAA teams at 877 and have played since 1879. they also have played in more games than anyone else. The negative for this pigskin powerhouse is that they only have two major bowl wins since 1992 (one being an NC). Not only that, but their even more recent demise hasn’t helped either. However, that demise appears over with the arrival of Jim Harbaugh; with Harbaugh, I expect the Wolverines to play a big part on the national stage soon. 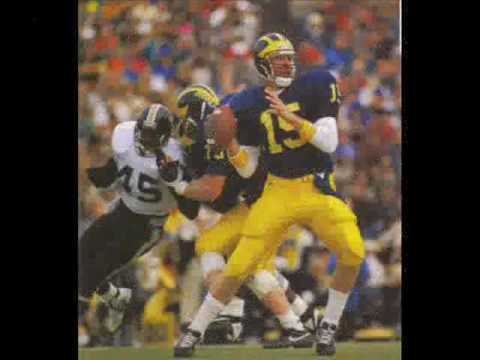 The “U” since 1980 has probably been number one. Their history before 1970 is pretty solid, and outside 1970-78, the Canes have always been a solid program. However, the program really took off under the guidance of Coach Howard Schnellenberger, who led the Canes to the 1984 Orange Bowl title with a 31-30 upset over the number one ranked Nebraska Cornhuskers.

The rest, as they say, is history, and what a history it has been! From Jimmy Johnson thru Larry Coker, the Canes were as dominant a program that there has ever been. The 2001 team is considered by same that greatest team in college football history. The only reason they are not number one is that they were never a truly great program until the early ’80s. So why aren’t the Canes higher? It comes down to the programs ahead of them that have been dominant longer than the Canes. Won 5 national titles in a 20-year span. THE GREATEST MIAMI HURRICANE VIDEO OF ALL TIME

Texas has 4 consensus National Championships (’63, ’69, ’70, ’05), they also have two Heisman winners in Earl Campbell and Ricky Williams. They have been playing football since 1893. In Reality, though, the accomplishments of a program like Miami have passed Texas, even though they haven’t been around near as long.

Texas is a legendary program, but things have never been the same since the legendary Coach Royal left. 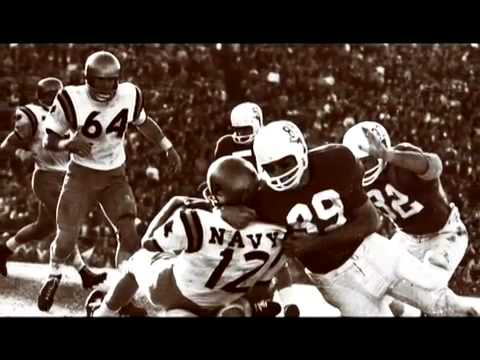 Nebraska had nine-plus win seasons for 30 years straight from 1968-2001. Tradition, the Blackshirts are dripping with it as they have been voted on as the best team of all time by several sources in the 1995 National Championship team. Although, the sport five NC’s (’70, ’71, ’94, ’95, ’97). They also have had three Heisman winners.

Nebraska had a record 35 consecutive bowl appearances from 1969 to 2003. The problem lies in that since Tom Osborne left, they have not been the same. 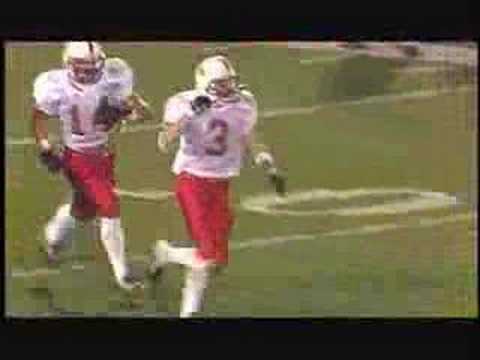 The History of Nebraska Football

John Mckay and John Robinson turned this into a juggernaut, and Pete Carroll continued the tradition. 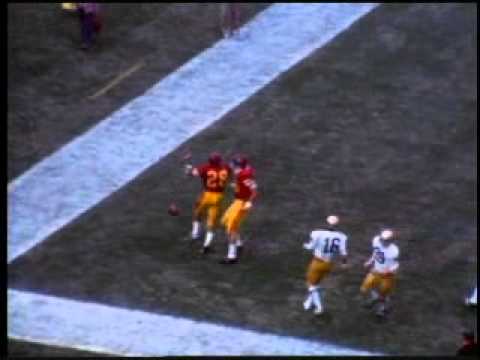 Champions of Troy: The History of USC Football

From Rockne to Leahy, Ara to Holtz, the tradition is long and hard to top. Let’s face it, though, since Dan Devine was let go in the early 80’s things have not always been great for the Irish. Remember Faust, Weiss, Willingham, Davie, etc…

Brian Kelly is doing a great job there, but let’s face it, the chances of him returning Notre Dame to its pre-1980 glory do not look good. Lou Holtz had success in the late ’80s and early ’90s. Since then, the Irish have struggled to get back to the top. 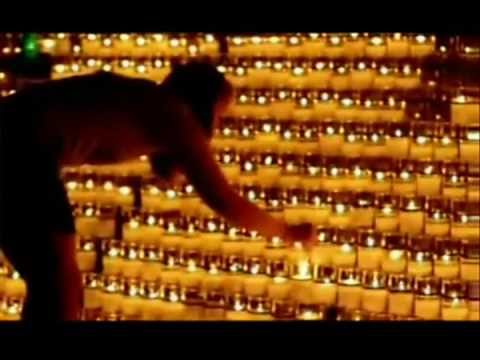 The Buckeyes have six NCs and seven Heisman winners as Archie Griffin won it twice. 101,000+ fans pack into the Horseshoe to see the scarlet and gray take the field. They started playback in 1890. The Buckeyes have only two losing seasons since 1960. That alone puts them in the top 10.

You know you have a great program when you have head coaches over your history like Paul Brown, Woody Hayes, Jim Tressel, and Urban Meyer. The history of great players at Ohio. St is unquestioned. The Rivalry with Michigan is at the top of any rivalry list. The program began in 1895 and is one of the most successful programs since World War II, with the most wins (606) and the highest winning percentage (.762) since 1945. The program has 7 national championships, 45 conference championships, 154 All-Americans (76 consensuses), and five Heisman Trophy winners. In addition, the school has had 23 members (five coaches and 18 players) inducted into the College Football Hall of Fame. It holds the record for the longest winning streak in Division I history with 47 straight victories, a record that stands today. Oklahoma is also the only program with four coaches with 100+ wins, including current head coach Bob Stoops. In addition, they became the sixth NCAA FBS team to win 850 games when they defeated the Kansas Jayhawks on November 22, 2014.

From Bud Wilkinson to Barry Switzer and later Coach Stoops, the Sooners have been in national title contention for the better part of 70 years. Throw in. They are a part of not just one but two of college football’s most bitter rivalries. Their battles against Nebraska and Texas, both on this list, are legendary. 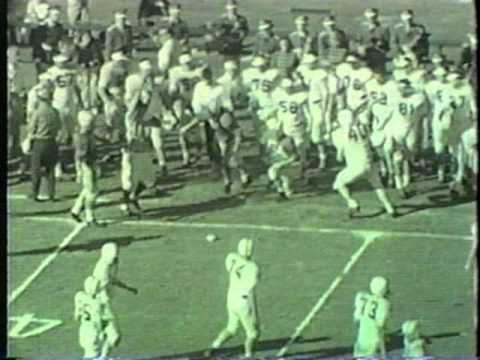 As of the completion of the 2015 season, Alabama has 864 official victories in NCAA Division I (an additional 21 victories were vacated, and 8 victories and 1 tie were forfeited), has won 29 conference championships (4 Southern Conference and 25 SEC championships) and has made an NCAA-record 62 postseason bowl appearances. Other NCAA records include 23 10-game or more winning streaks and 19 seasons with a 10–0 start. The program has had 34 10-win seasons (plus one vacated) and has 35 bowl victories, both NCAA records. In addition, Alabama has completed 10 undefeated seasons, 9 of which were perfect. The Crimson Tide leads the SEC West Division with eleven division titles and ten appearances in the SEC Championship Game. Alabama holds a winning record against every current and former SEC school. The Associated Press (AP) ranks Alabama 4th in all-time final AP Poll appearances, with 53 through 2015.

Bear Bryant’s 1961-66 and 1977-79 teams were college football dynasties, and you know what Nick Saban is doing right now, so I don’t think the top of this list will be changing anytime soon. 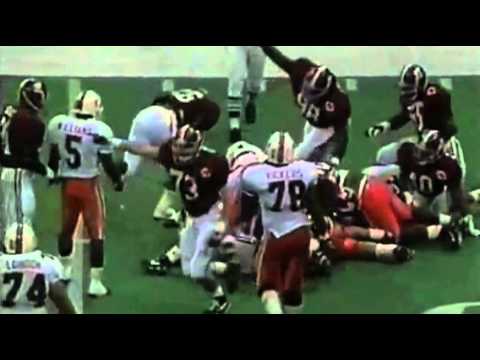 Previous article
« What If: Rocky Marciano vs. Larry Holmes
Next article
MLB Grade the Trade 1977: 4-Team Trade, Rangers, Pirates, Braves, and Mets (Blyleven to the Pirates) »

No, Joe Burrow is not on this list because his college career ...