Ahmad Thomas is an All-Big 12 First Team selection in 2015 who returns much to the delight of the Oklahoma Sooners. Thomas recorded 75 total tackles (49 solo, 26 assisted), 1.5 tackles for loss, 1.5 sacks, three interceptions, with three passes defended. Thomas was third on the team in total tackles and second in solo tackles last season. Thomas’ best performance last season came in a 44-24 victory over West Virginia in which he recorded 8 total tackles (6 solo, 2 assisted), an interception, a sack, and tackle for loss. If Oklahoma runs the table again and wins the Big 12 Conference, expect Thomas to have a lot to do with that on the defensive side of things. 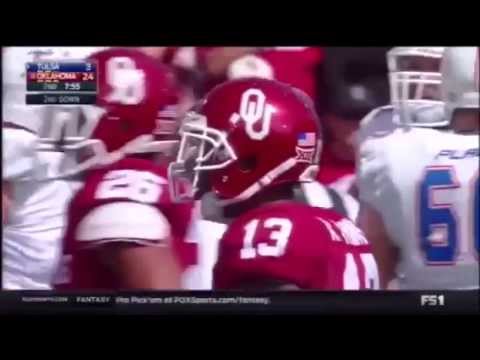 Dominick Sanders returns to the Georgia Bulldogs coming off a very active 2015 season. Sanders recorded 48 total tackles (25 solo, 23 assisted), five tackles for loss, six interceptions, one interception return for a touchdown, and a sack with six passes defended. Sanders was first in the SEC with his six interceptions as well as an All-SEC First Team selection. His best performance last season came in their 24-17 victory in the TaxSlayer Bowl over Penn State where Sanders tallied 3 solo tackles, a tackle for loss, an interception, and a pass defended. Sanders should be all over the field this year for a revamped Georgia defense behind Kirby Smart. Budda Baker was an All-Pac-12 First Team selection for the Washington Huskies in 2015. Baker recorded 49 total tackles (32 solo, 17 assisted), 1.5 tackles for loss, two interceptions with seven passes defended last season. His best performance came in a 17-12 victory against USC in which Baker recorded 8 total tackles (4 solo, 4 assisted) and a pass defended. At safety, he hopes to bring more production as injuries caused him to miss a game and lose a bit of rhythm he established throughout the season. Marcus Maye is a safety who if you don’t wrap the ball up, he’s going to come in and force a fumble. Maye recorded 77 total tackles (43 solo, 34 assisted), two interceptions, six pass deflections, four forced fumbles, two fumble recoveries, and a tackle for loss. Maye was third last season in the SEC with his four forced fumbles. His best performance came in a hard fought 28-27 win over Tennessee in which Maye racked up 10 total tackles (7 solo, 3 assisted), an interception, and a forced fumble. Look for Maye to lead an experienced Florida Gators defense this season.

A former University of Georgia standout who has found his niche with Louisville, Josh Harvey-Clemons returns for his senior season coming off the best season of his young career. Harvey-Clemons recorded 88 total tackles (50 solo, 33 assisted), good for third on the team, two tackles for loss, three interceptions, three passes defended, a sack, and a fumble recovery. Harvey-Clemons’ best performance came in last year’s Music City Bowl against Texas A&M where he racked up eight total tackles (7 solo, 1 assisted), an interception, and a forced fumble. Harvey-Clemons hopes to lead Louisville’s defense this season and top off his latest performance off with better production in 2016. Jamal Adams earned Second Team All-SEC in 2015 and brings a Tyrann Mathieu-like energy to the field. Adams had 63 total tackles (46 solo, 17 assisted), 5.5 tackles for loss, four interceptions, six passes defended, a fumble recovery, and forced a fumble in 2015. Adams was second on the team in tackles and lead the secondary with the most interceptions. Adams’ best performance came in a 48-20 trouncing of Western Kentucky in which he recorded 11 total tackles (10 solo, 1 assisted), one interception, and one forced fumble. He leads an LSU defense looking to dethrone the Crimson Tide this upcoming season. Derwin James had quite the freshman season for the Seminoles in 2015. James recorded 91 total tackles (52 solo, 39 assisted), 9.5 tackles for loss, 4.5 sacks, four passes defended, two forced fumbles and two fumble recoveries to make a name for himself early in his career. James has been named to Bednarik Award, Nagurski & Thorpe Award watch list for this upcoming season and with good reason as he was second on the team last season in tackles. James’ best performance last season came in a 45-21 victory against Syracuse in which he recorded 12 total tackles (7 solo, 5 assisted) including two tackles for loss and a forced fumble. Look out for Derwin James this season for the Seminoles. Quin Blanding was a leader for this UVA defense all of 2015, leading the team in total tackles as well as solo tackles. A 2nd team All-American and first-team All-ACC honoree last season, Blanding was fourth in the ACC with 115 total tackles and fourth in the ACC with 68 solo tackles. Blanding also recorded three passes defended, an interception, fumble recovery, and forced fumble. Blanding’s best performance last season came in a hard fought victory 27-21 over Georgia Tech where he recorded 15 total tackles (8 solo, 7 assisted) and two passes deflected. With a new coach and new energy, look for the All-American to make some noise on defense this season for UVA. 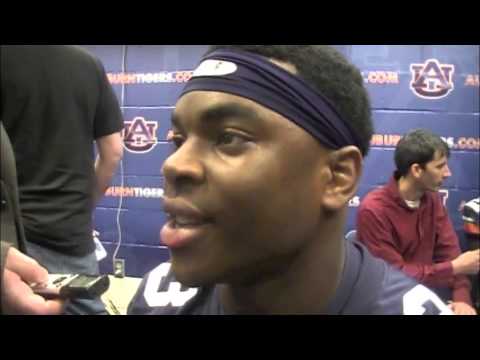