Ranking the Top 8 Quarterbacks in the 2022 NFL Draft

Let me start by saying I don’t know that any of these guys should be picked in the top 20, but we all know a desperate team or two will make that leap. These guys have similar limitations, and I expect most to get into the league as backups; in the end, three or four of these quarterbacks could be solid starters, but teams will have to be patient with these guys. Did you know that you can bet on the NFL Draft? You can, and we have broken down the best sports betting sites for you!

His arm strength is unquestioned, but he can also touch the ball with enough force in certain situations. His ability to layer throws over coverages is one of the most impressive in the class.

His greatest weakness is his inability to maneuver his pocket. Eleby is not a total liability in the pocket. His most significant problems are when he must play out of structure or find ways to throw lanes in collapsing pockets. Although he can pass accurately at all levels, his down-to-down consistency has suffered over the years. Eleby will require a simplified offense to succeed immediately.

His footwork is shaky at times, but overall he has potential. 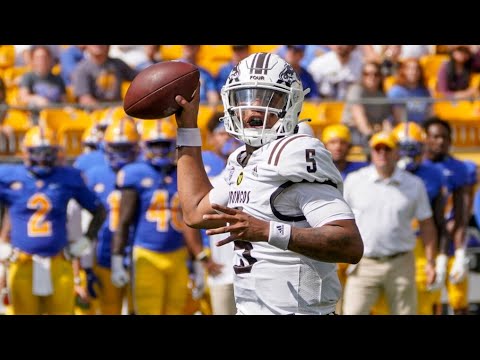 Check out the top sportsbook bonuses sites for betting on the NFL!

Ridder is a top athlete and has a unique physical profile. He has excellent arm strength and can make all of the throws. Ridder’s blazingly fast 40-yard sprint time at the Combine was only the beginning.

There are always things that can be improved, just like any evaluation. Ridder displayed some unique traits, but he wasn’t able to consistently be accurate at the intermediate and short levels of the field. This is Ridder’s biggest weakness. His inaccuracy and decisions could be a problem in the NFL. His back hip doesn’t always get through on his throw the way you want. At times, he almost seems lazy with the back hip, which has caused his inconsistency. Zappe Transferred from Houston Baptist to Western Kentucky. He broke Joe Burrow’s single-season record for passing yards and touchdowns with one less game. Zappe was able to throw the ball 686 times to accomplish this feat, but it is still true that he accumulated 5,967 yards passing and 62 touchdowns over 14 games.

He showed that he is strong and has the ability to hit the Senior Bowl at a fast pace, which he did during the offseason circuit. He can play at all levels of the field, which has changed how we evaluate Air Raid quarterbacks.

When he was removed from his spot, his accuracy was questionable. His NFL projection clearly changes his college schematics, so there will be a gap in his development. 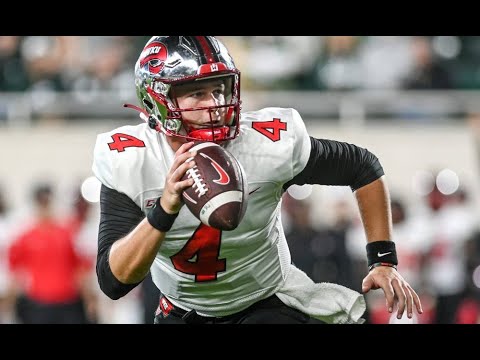 Strong can drive the football with just a flick of his wrist. Strong’s throws will be 60 yards downfield, similar to a former Mountain West quarterback (we’re right there, Josh Allen).

Strong will be hoping that his tape can atone for what might have been considered a disappointing appearance at the Senior Bowl. Strong was able to rebound with his media and personality at The Combine. However, he will have to answer questions about his knee health, which he seems to be unable or unwilling to.

But, as long as he is healthy, all of the off-field talk should not matter. Strong has an impressive arm. Strong can move the pocket like a young Ben Roethlisberger. Strong is also able to hit all levels of the field. Strong can layer or zip his throws according to the coverages. His ball placement skills are near-elite. The issues are his health, and if his health is good, he can be the best quarterback in this draft!

Sam Howell is a talented Quarterback. He has the traits of an elite quarterback, whether his accuracy or arm strength. However, there is consensus that he had a bad year in 2021. Howell’s down year was 3,056 yards with 24 touchdowns. He ran for 828 yards and scored 11 touchdowns in that same down year. That down year was also after UNC lost many starters the year before, and his offensive line had some significant issues. The best bookmakers have just adjusted their odds on who will be the first pick of the 2022 NFL Draft!

Howell is not a dual-threat quarterback, but he did run the ball 183 times last season. With the right system, an experienced offensive line and the talent surrounding him, Howell could have a much higher ceiling than most recent NFL Draft picks. When you think about Howell’s highs, think of Baker Mayfield. He can find every level and can throw with great anticipation. Corral’s speed and mechanics are nothing compared to his ability to make precise passes from any platform. Corral said that he models his game on Aaron Rodgers, and it shows. Corral is also athletic, and he can use his ability to maneuver the pocket and scramble to buy time while keeping his eyes downfield. He is a throw-first quarterback and has extraordinary dual-threat skills. Willis is a rocket-armed man. Willis is also as fast and agile as the Road Runner. He leaves the defenders behind, leaving Wile E.Coyote in his wake. His ability to pass first is rare in an athlete his size. He is a dynamic and talented athlete. He has elite arm talent and can rely on his precision and poise in the pocket before he needs to rely on his scrambling ability.

Willis is an incredible thrower and always makes the right choice. He seems to be a man of integrity, and he won the hearts of almost everyone who met him on the offseason circuit. He is an exemplary leader and has the highest potential in this class. But everybody has potential, the question is will he do something with that potential? Pickett overtook Dan Marino to rewrite the Pitt quarterback record books. Pickett was a dominant passer who could bring out the best in his teammates.

Pickett is everything you would expect from a future NFL star. Pickett is a great leader and has a tremendous arm. He is a dynamic athlete who has a pass-first mentality and will do anything to ensure success. Pickett is an avid student of the game.

Despite having “historically small” hands, Pickett never showed any weakness in arm strength or lack of accuracy. His fake slide was the beginning of a new rule for college football and is forever associated with CFB glory. However, he had to answer the most trivial of his evaluation questions despite his successes on the college field and at the Senior Bowl.