The Grueling Truth - Where Legends Speak / The Best Offensive Minds in College Football!

As smart a football guy as you will find. Helfrich loves the play-action vertical passing concepts. He has manic play drive structures and loves to play at a fast pace and stretch the defense. The Ducks are in good hands with Helfrich at the helm. Rapid fire play calling gives teams headaches.

Despite being a member of Mensa, Herman isn’t really trying to outsmart anyone on the field. His strategy is about putting athletes in position to make plays through simplicity and repetition.

The offense is geared around inside zone and power-O, run schemes that look to get downhill and plunge the ball through the A and B gaps. Herman will sprinkle in play action and run/pass options to punish defensive tactics for sneaking run defenders into the box. Herman looks to do less with more, emphasizing execution and mixing concepts in different formations to give his QB answers.

The 2015 Houston passing game gets mileage out of a snag concept. UH runs it either as play action or as a quick, three-step dropback pattern:

Fisher’s offensive philosophy has often been described as complex; his quarterbacks are asked to make several reads and checks on passing plays, and receivers are required to know how to run a full route tree and usually have different options on what patterns to run based on what a defense does in coverage. The sophistication of this offense increased under Winston, who had the innate ability to quickly learn concepts and then properly apply them. Perfect offense for a QB who wants to get to the NFL.

Art Briles showed his genius when missing many of his best players on offense last year including his two QB’s. What came next could be the next evolution of the spread offense.

Ordinarily Baylor’s favorite formation is a “spread-I” set with a TE in an H-back alignment where he can allow them to utilize different lead runs and set up their play-action passing game and run/pass option plays (RPOs). Most of the Baylor offense is geared around setting up their deep routes so they can score as many points as possible as quickly as possible.

But without Seth Russell or Jarrett Stidham available to throw and no Corey Coleman to receive their passes, those deep routes could no longer be the ends of an elite offense. So Briles rotated 3rd string QB/WR Chris Johnson, WR Lynx Hawthorne, and their full stable of RBs at the QB position and unloaded a salvo of different run schemes that combine their max spread sets with two-back runs.

Some of the most devastating against UNC included their QB counter play:

Mike Leach of course was with Hal Mumme at Iowa Wesleyan as an assistant coach when Mumme started coming up with the air raid system. As the years have gone on the system has been very successful and Leach now runs a version of it at Washington State University. Leach hates running the ball and believes the short passing game is just as effective as the run.
Leach since becoming a head coach has run more 4 receiver sets and gotten away from the two back air raid that Kentucky ran while he was their with Mumme. Plus he has used wider lineman splits. 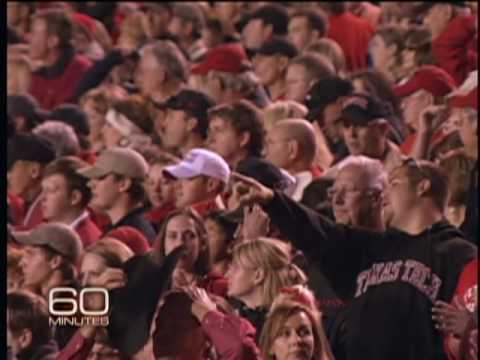 A classic spread-option offense. Meyer creates as many favorable matchups as possible, believing this to be the best way to score. That is why he needs a mobile quarterback: because QB runs against linebackers are one of the best mismatches on the field. The same goes for tall receivers (think Riley Cooper at Florida).

He is not winning on talent alone, look what he did at Bowling Green and Utah. To say his genius is because he has great players is proven to be a miscalculation if you look at the great success he had at smaller schools, especially the turn around at Bowling Green.