Ok, I want to start by saying that so many bad decisions in Olympic Boxing history exist. This could be a top 1,000, but I had to narrow it down to just tean and these are the top 10.

This 1992 quarterfinal of light heavyweight is worth mentioning. Osvaldo Bibal of Argentina assessed a three-point penalty to the 5-7 Griffin after slipping May’s right jab. Griffin also made the error of having his headgear hit the German’s armpit. With less than one minute left in the fight, Osvaldo Bisbal reduced a Griffin lead of 4-2 to a 5-4 deficit, because of head butts to the arm pit! May won the fight 6-4. An angry Griffin ran out of the ring and ran to his dressing room after the announcement was made. Although the U.S. officials had been tempted to protest Griffin’s defeat to Lozano, they decided not to because it would have been futile.

Griffin was the heavy favorite to win the light flyweight gold for several reasons. Griffin had won the amateur world championships and the World Championship Challenge in 1989 and 1991, respectively, just a few months before the games. In the three-and-a-half years, he had only lost one fight – to Kim Jin Ho in Jan 1991.

Griffin dominated round two with strong body punching, scoring an eight-count standing and a precise barrage. Griffin received one point for that round, and no points were scored during the flurry that brought the score. Although Lozano seemed to win the war in the trenches, Griffin’s performance in the first two rounds was sufficient to gain advancement in the tournament.

It wasn’t to be. Griffin won 26-17, 18-9., 19-10., 10-9 and 8-5 individual scorecards. This is 81-50 overall. Griffin lost 6-5. Three judges failed to record enough connections within the required one-second time period. Five additional judges were stationed at the ringside to record any computer problems. They also voted unanimously in favor of Griffin. USA Boxing immediately filed a protest, hoping for either a reversal of the result or a rematch. However, neither was granted.

Some believed that Griffin’s loss was due to the slow reaction of senior officials who were not used to pressing buttons quickly. 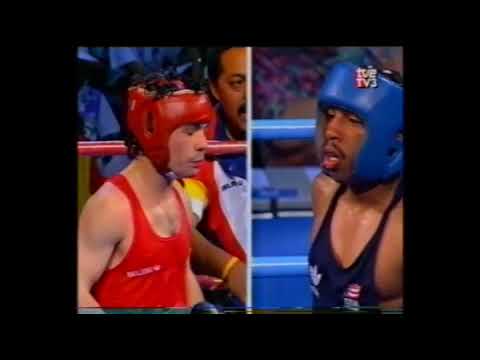 Although the police restored order to the arena, the South Korean boxer remained in the ring for about an hour as his contribution towards the protests. 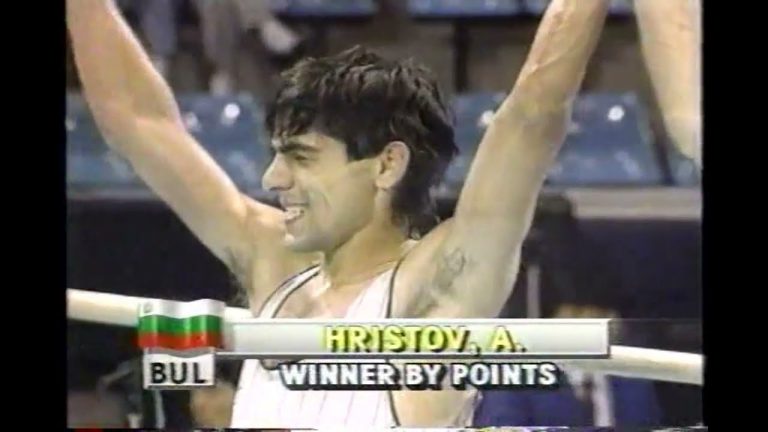 Barry, from New Zealand, was the recipient of questionable refereeing as he won silver at the 1984 Games held in Los Angeles.

The Christchurch fighter was an underdog in his semifinal at light heavyweight against a young American sensation named Evander Holyfield.

Holyfield, 21 years old, had blitzed through the competition and won all three fights via knockout. He seemed sure to win gold.

He was denied the opportunity to do so when Yugoslavian referee Gligorije Novicic disqualified The Real Deal for a purported late hit on Barry, sending the New Zealander to the ground.

Novicic was forced to flee the arena by a police officer after the harsh call. The fact that Anton Josipovic was the countryman of the referee fuelled accusations of corruption.

Barry was officially declared the winner, but he could not fight for gold because he had been knocked out. According to strict amateur rules, he was prohibited from boxing for 28 consecutive days. Josipovic was crowned the Olympic champion without opposition. 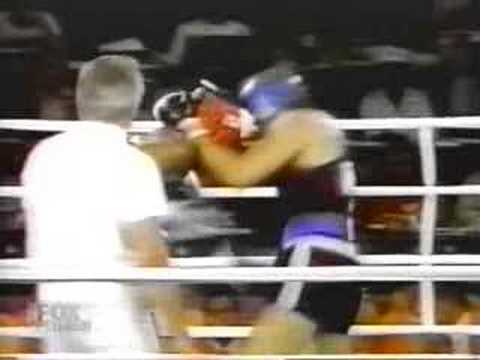 Joshua, then 22 years old, was Britain’s most outstanding boxer hope at the 2012 London Olympics. However, he nearly lost in the first round of the super heavyweight competition.

The contest was fought against Erislandy Savon, a Cuban stylist who is the nephew of Felix, a three-time Olympic gold medalist. Joshua looked outclassed throughout the three-round match. The Cuban won the battle and managed to avoid the incoming fire.

.Jeff Powell, Daily Mail’ s s editor, called the result “a tragedy” and stated that it had “cost the British reputation for fair playing”. Joshua won gold by defeating Roberto Cammarelle, the defending champion from Italy.

Joshua, who turned pro one year after the Games, has become one of the most prominent names in the sport.

Yes, this is the same Park Si-Hun who got a gift decision against Roy Jones a little later in this tournament.

Park’s quarterfinal opponent, Nardiello was so furious at being left on the short end in another 3-2 decision that he ran straight to the judges’ table. “None possibile!” It’s impossible! He screamed at the judges and jabbed a finger at them before falling to the ground and into his coach’s arms, tears streaming down. Nardiello kept berating judges until he was forced to be removed from the stage. 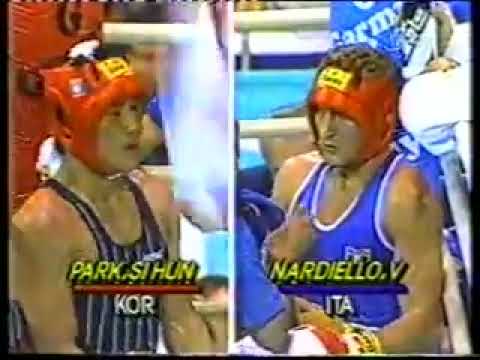 ​​​​​Vassiliy Levit, a Kazakhstani heavyweight champion, was clear and convincing winner over Russia’s No. Evgeny Tischenko , the reigning world champion, is the No. 1 seed. The third round saw three judges at ringside from Ireland, Colombia, and Algeria. They could and should have awarded the round to the dominant Levit with a score of 10-8. They voted 10-9 in favor of the Russian, embarrassing the sport and securing a silver for the winner but not the loser. 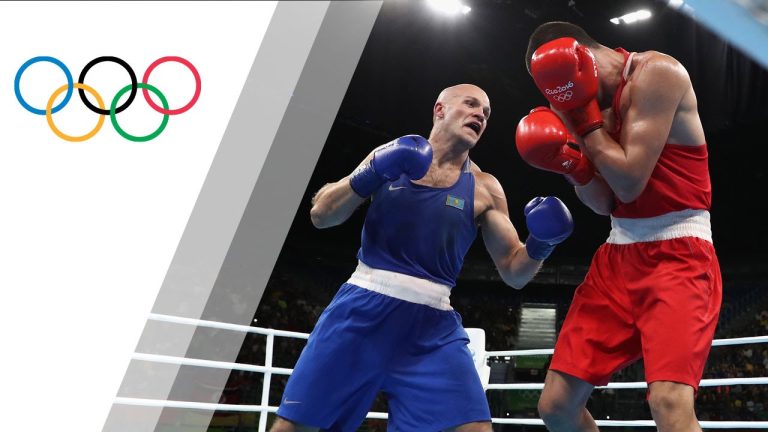 Conlan, an Irish bantamweight, launched an expletive-laden tirade against the “corrupt” Olympic Boxing Body AIBA following his loss in the quarterfinals of Rio. It was one of the most memorable moments of those Games.

Conlan, who was the reigning world champion, was also a bronze medallist at London four years prior. However, the judges favored Vladimir Nikitin, his Russian opponent.

Conlan, indignant, refused to accept the questionable decision. Conlan, who had just flipped the bird in front of the officials, gave an intense interview in which he accused Russia of influencing judges and promised to never again fight in an AIBA contest.

Conlan remarked, “Obviously, Russia cannot dope this time, so they’re obviously paying the judges much more.” Amateur boxing is a sham from the core to the top. AIBA is cheating, and I will never again box for them.

AIBA revealed that the organisation sent an unknown number of judges and referees home, stating that “less than a handful” of the decisions were not at their expected level.

Conlan would take revenge on Nikitin and beat him in a professional contest three years later. 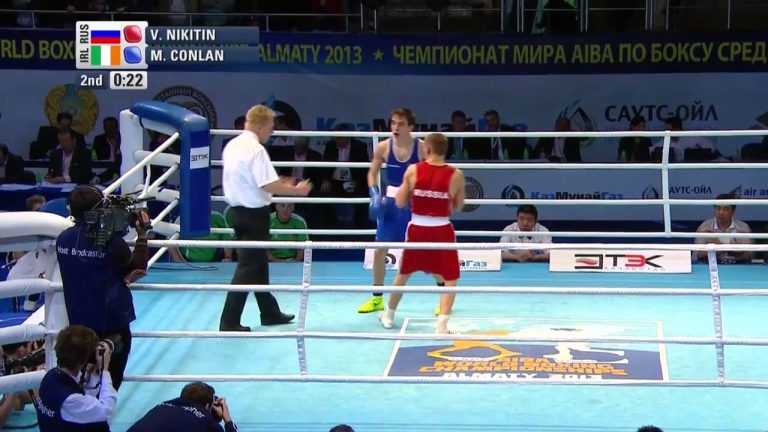 Mayweather is widely considered to be one of the greatest boxers ever. He retired in 2017 with a perfect record, 50-0, and has won titles in five weight classes.

For the last time the American suffered defeat, you must return to the 1996 Olympics in Atlanta, Georgia.

Todorov, a three-time world champion from Bulgaria, was expected to be a difficult test in the Semi-Final. The elusive Mayweather won their match, often making his slower opponent pay.

Referee Hamad Hafaz Shouman believed Mayweather had won, so he accidentally raised his hand to confirm that Mayweather had been declared the victor. But, that was before he was forced to raise Todorov after it was discovered he had won by a point on the judges’ scorecards.  Mayweather, visibly upset, walked out of the ringside interview after his fight in tears.

The US team filed a protest against the “incompetent” decision immediately, and one of the judges at the Games was fired. It was not enough, as Todorov advanced into the final and was defeated by Somluck Kamsing. 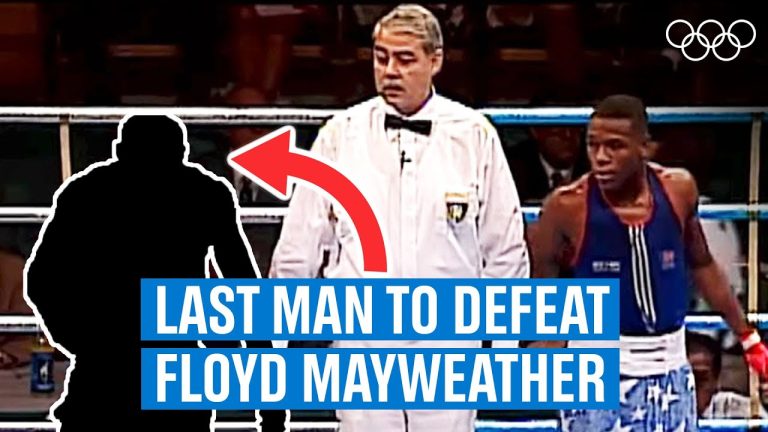 This infamous robbery at the Games’ men’s light-middleweight final is one of the most shocking.

Jones Jr, aged 19, had set the tournament on fire with his exceptional skills. He knocked out Malawi’s Mtendere Mamalamba in his opener and outclassed Czech Michal Franek in the round of 16. In the quarterfinals, he defeated slippery Soviet southpaw Yevgeny Zytsev.

Britain’s Richie Woodall lost to the Americans in the semifinals. This set up a gold-medal showdown against Park Si-Hun from South Korea. Park had received some very generous officiating throughout the competition, but not the same as the favors he would receive at the final.

Jones Jr. was a dominant force in a one-sided battle. He outpunched Park by 86 punches to 32 and forced two standing eight counts to win the fight.

Inexplicably, three of five judges declared Park, the winner. This robbed Jones Jr. of his golden moment. Hun acknowledged that he was well beaten and held Jones Jr’s arm high during the medal ceremony.

It was discovered that many judges were sommeliers to Korean boxing officials. However, the IOC has curiously not found any evidence of corruption. Jones Jr., however, continues to fight for his medal that he claims were stolen 33 years ago.