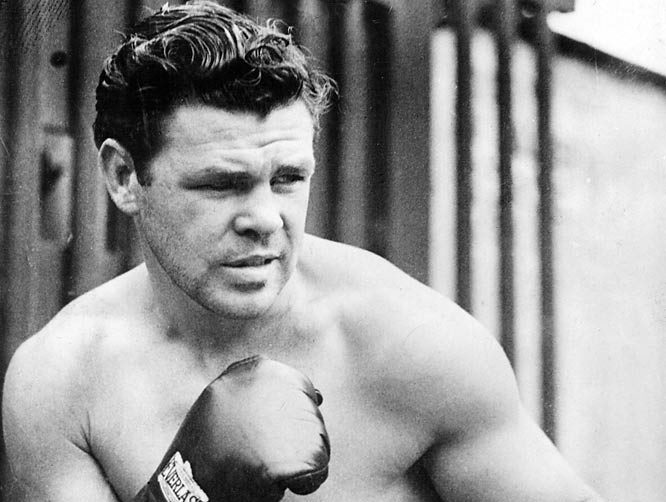 McCullough was a whirling dervish of fistic brutality. An accomplished amateur, McCullough would win the silver medal at the 1992 Olympics in Barcelona, Spain for Ireland. In only two and a half years after turning pro, McCullough was given a title shot against Yasuei Yakushiji in Yakushiji’s native Japan. Not one to be afraid of traveling abroad to fight, McCullough managed to grind out a 12-round split decision over the champion to capture the WBC bantamweight title. He would move up to super bantamweight, but failed in his attempt to capture a title there when he dropped a 12-round split decision to Daniel Zaragoza in an absolute war. While a gifted fighter, McCullough’s mostly recognized for his chin. In fights with TNT infused punchers Naseem Hamed and Erik Morales, McCullough never wavered in his determination, despite taking shots from two of the hardest punchers in the sport. In fact, McCullough prides himself on having never been dropped or kayoed. Even in the face of insurmountable odds, McCullough never backs down. Is there anything more Irish than that!

Quarry was a durable and smart counter-puncher/action fighter. He had speed in both hands, including an excellent left hook. He also was notable for having a remarkable chin. He was never knocked out in any of his 66 fights, though some ended early as losses. His major flaw as a fighter was a tendency to cut easily. He was also on the smaller side as a heavyweight in this era. Quarry was six feet tall (1.83 metres) and often weighed less than 200 pounds (88 kilograms) for his matches. he also had what was considered very average reach as a boxer at only 72 inches. Today, he would be a cruiserweight, a division he greatly helped to inspire.

“The Clones Cyclone” would snatch the WBA featherweight title in front of 26,000 partisan followers when he grinded out a 15-round decision over Eusebio Pedroza. After two successful defenses of his newly acquired belt, McGuigan would meet the unheralded Steve Cruz in Las Vegas. In a fight that nearly cost McGuigan his life, the two featherweights did battle in sweltering 110 degree heat in an outdoor arena at Caesars Palace Casino. McGuigan valiantly battled on, despite being dropped in the tenth and fifteenth rounds. After 15 grueling rounds, he lost by decision and was immediately rushed to the hospital for dehydration. After the loss, it would be two full years before McGuigan stepped back into the ring, but when he did, the whole island of Ireland was behind him. Such was the impact of McGuigan that the long standing violent feud between the Protestants and Catholics was put on hold every time McGuigan stepped into the squared circle. McGuigan was elected into the International Boxing Hall of Fame in 2005.

It’s hard to not let the fact that a 169-pound Conn almost beat a peak Joe Louis resonate in one’s analysis. The cunning, tough, cat-quick, and hard-edged “Pittsburgh Kid” came up the hard way, earning his chops against the best in the business, before settling into a long period of brilliance, beating light heavyweight Hall of Famers Fred Apostoli and Gus Lesnevich. Also beat top contenders, former champions, and Hall of Famers like Fritzie Zivic, Vince Dundee, Teddy Yarosz, Young Corbett III, Solly Krieger, and countless more players at 175.

John L. Sullivan, American professional boxer, one of the most popular heavyweight champions and a symbol of the bare knuckle era of boxing.Sullivan began to fight professionally in 1878 after briefly studying at Boston College. On Feb. 7, 1882, at Mississippi City, Miss., he knocked out Paddy Ryan in the ninth round of a bareknuckle fight for the heavyweight championship. His 75-round knockout of Jake Kilrain at Richburg, Miss., July 8, 1889, was the last heavyweight title bout under London Prize Ring (bareknuckle) rules. In his only championship defense under the Queensberry rules, Sullivan was knocked out by James J. Corbett in 21 rounds in New Orleans, La., Sept. 7, 1892.Although Sullivan is generally considered to have been world heavyweight champion, some boxing historians regard him as a U.S. champion only. His only international match of consequence was with the English pugilist Charley Mitchell at Chantilly, Oise, Fr., March 10, 1888; it ended as a draw after 39 rounds. In addition, Sullivan declined to fight the great Australian black heavyweight Peter Jackson. From 1878 to 1905 Sullivan had 35 bouts, winning 31, of which 16 were by knockouts.Sullivan’s blustering personality and fabled strength gained him a great following. As champion he earned more than $1 million but squandered it. A hard drinker during his ring career, he later became an advocate of prohibition and delivered many lectures on the subject.

The “original” Jack Dempsey was born John Kelly but having changed his surname to that of his stepfather’s for the purpose of forming a wrestling team, the mere fact that the press christened him the nonpareil, meaning unrivaled, speaks testaments to his ability. Dempsey claimed the vacant middleweight title after knocking out George Fulljames in the twenty-second round. The bout was fought with heavy driving gloves. He lost his title to Bob Fitzsimmons when kayoed in the thirteenth round in 1891. Dempsey was inducted into the International Boxing Hall of Fame in 1992.

Hardened by the numerous street fights of his youth, McFarland had a mission to make an honest living the only way he knew how…with his fists. The lightweight slasher, whose pinpoint accuracy left many an opponent battered and defeated, is one of boxing’s greatest participants to have never won a title. To be fair, this was due to no fault of McFarland, but rather the repeated posturing of the current lightweight champion at the time, Battling Nelson, who wanted no part of McFarland. But just because McFarland failed to capture the recognition of champion does not detract from his numerous fistic accomplishments. He holds victories over the likes of Freddie Welsh, Jimmy Britt as well as Cyclone Johnny Thompson. McFarland was elected to the International Boxing Hall of Fame in 1992.

McGovern won the Bantamweight Championship on September 12, 1899 when he knocked out Pedlar Palmer in one round by a series of heavy body blows. This was the first world championship bout under Queensberry Rules to end by a one-round knockout. He never defended the title and relinquished it in 1900.

He then moved up in weight and captured the Featherweight Championship from George Dixon on January 9, 1900, by scoring a technical knockout in the eighth round. As a featherweight, McGovern was involved in some controversial bouts. For example he is credited with knocking out Aurelio Herrera in defense of his crown in 5 rounds. Herrera afterwards claimed he had been doped during the fight. McGovern is also credited with scoring a 2 round knockout over Joe Gans. Gans claimed that he threw the fight.

McGovern lost his crown when he was stopped by Young Corbett II in 2 rounds on November 28, 1901. Corbett also won their rematch.

McGovern finished his career with a record of 65 wins (42 KOs) 5 losses and 5 draws. As was common in that era, he also engaged in many No Decision bouts. In 2003, McGovern was named to the Ring Magazine’s list of 100 greatest punchers of all time. Boxing historian Nat Fleischer ranked McGovern as the greatest featherweight of all time.

Following a successful start to his career in Vancouver, McLarnin grew aggrieved at the low pay he was receiving for bouts and decided to move south. “We had to go to the United States to make our money. We owe Vancouver nothing” said McLarnin.

Foster took McLarnin to San Francisco, where his youthful appearance made it difficult to get a fight until he lied about his age. It is for this reason that McLarnin was known as the “Baby-faced Assassin”. Despite his youthful appearance, McLarnin had incredible power with both fists, his right being particularly feared. However, like many similar fighters McLarnin suffered several hand injuries throughout his career. Towards the end of his career McLarnin was forced to become more of a scientific boxer to reduce further injuries to his hands.

McLarnin lost his first title shot on 21 May 1928 in New York against world lightweight champion Sammy Mandell. However, he did go on to beat him twice in the following two years. It would be five years before McLarnin would next get a title shot, during which time he knocked out gifted contenders Al Singer, Ruby Goldstein, and Sid Terris.

McLarnin’s second title shot came against welterweight champion Young Corbett III. McLarnin won by knockout after only 2 minutes 37 seconds. Following his title success, McLarnin fought an epic three-fight series with Barney Ross. The first fight, on 28 May 1934, was won by Ross, but McLarnin regained his title in their next match four months later. In the deciding fight on 28 May 1935, McLarnin lost his title for the final time in a narrow decision.

McLarnin retired in November 1936 still at the top of his game, having won his last two fights against all-time greats Tony Canzoneri and Lou Ambers. His record was 54 wins, 11 losses, and 3 draws in 68 contests. In 1996 Ring Magazine voted McLarnin the fifth-greatest welterweight of all time.

Walker lived life like he fought…reckless and aggressive. Subscribing to the theory that weight is just a number, the fearless Walker took on all fighters from welterweight to heavyweight.  Walker scored a 15-round decision over Jack Britton in a rematch to capture the world welterweight title. Three years later, Walker would battle Mick McTigue to a no-decision in an attempt to try to capture the light heavyweight title. Perhaps even more impressive is the fact that Walker weighed only 149 lbs. for the fight  the lightest man ever to fight for the light heavyweight title. Walker’s training methods were less than ideal, preferring the cozy confines of the speakeasy over those of a boxing gym. Such was Walker’s affinity for the drink that he is fabled to have laced the water bottle in his corner with gin during a middleweight title fight. Walker would go on to capture the middleweight championship with a 10-round decision over Tiger Flowers in 1926. After three successful defenses of his title, Walker would relinquish the belt and move up to heavyweight. He would fight to a 15-round draw with Jack Sharkey, but would fail in his attempt to capture a belt in the heavyweight ranks. He was inducted into the International Boxing Hall of Fame in 1990.