The Grueling Truth - Where Legends Speak / Tommy Morrison and AIDS: The Truth about what happened

An interview with Tommy Morrison from 2011!

Tommy Morrison burst onto the professional boxing scene in 1988. Following a 1st round knockout of Charles Hostetetter, on October 26th, 1989, his record stood at 19-0-0, 17 knockouts. Only 3 opponents had survived the 2nd round. Sylvester Stallone and Rocky V secured Morrison a national fame platform. An October 18th, 1991, 5th round knockout loss at the hands of undefeated Ray Mercer temporarily derailed any title quest. Morrison won his next 8 bouts which secured him the opportunity to fight former Heavyweight Champion, George Foreman, 20 years his senior, for the vacant WBO title.

The issue that always seems to come up is Tommy’s Aids diagnosis and a lot of questions surround that diagnosis when the autopsy after Tommy’s death showed no HIV it makes you wonder what really happened back in 1996 in Las Vegas. Morrison was a warrior who always gave everything to the fans who watched and maybe it’s time we open our eyes and look a little deeper into his supposed HIV diagnosis. Big Pharma as you all know is not to be trusted and when you look deeper into Tommy’s story it does make you wonder?

This is what the actual autopsy reported.TOMMY died September

seen. No viral particles were found. No retroviral

budding is present. No Retroviral inclusions pre-sent. No viral particles were seen.”

Why is more proof needed that Tommy did not have Aids than this?

Also remember that Quest diagnostics did the testing. Why is that so interesting?

Quest Diagnostic’s Testing On TOMMY Was Not

Regulated By The FDA And Was Not The Standard Of Care For HIV Testing In 1996.

QUEST admit its tests do not detect the retrovirus HIV and no retrovirus has been found in TOMMY.(Retrovirus is the scientific term for the HIV virus.)

Once again these quotes are all from court documents.

to rot following a surgery on December 01, 2011. TOMMY’S blood was drawn and at Petitioner’s request blood autopsy was performed. On September 17,

2013 P. Smith, MD, head of the Infectious Disease Department at the University of Nebraska Medical Centre, (“UNMC”), called Petitioner to inform her of the

Tommy died from septic shock because 12 feet of gauze was left in his body after surgery for 8 days! Does that sound like a normal mistake that a doctor would make? No, and it really makes you question the Tommy had Aids bull shit that has been pushed down our throats by mainstream media. Did they leave the gauze in on accident? Or did they just need to shut Tommy up? The answer seems clear when you look at the court records.

Tommy Morrison was a flawed man, just like every one of us. But he was a man that loved his fans and always gave it everything he had. Tommy was a skilled Heavyweight and a fun-loving man and it’s about time his name was cleared. It’s also about time that this was investigated honestly and all of the people that caused this be brought to justice. 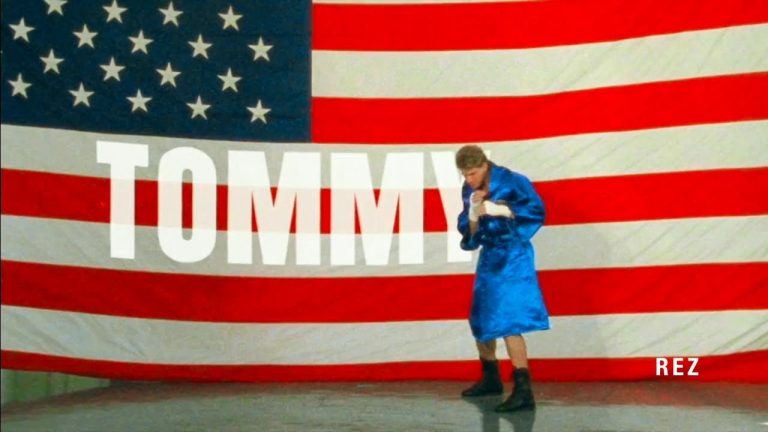