The Top 11 Most significant NON heavyweight fights in Boxing history

The most significant NON-heavyweight fights in history!

When people talk about the biggest fights in boxing history, the heavyweights are brought up the most.

Sanchez was defending his WBC world featherweight crown. Gómez was the strong favorite at the betting windows. His KO streak was at 32 while Sánchez was something of an unknown quantity.

During the build-up to the fight, Gomez talked often of his intention to score an early knockout. The betting public seemed to agree with him.

The best-laid plans of men…Sanchez dominated the fight from the get-go. Sanchez was a much-better boxer technically and from the first bell, it was painfully obvious to everybody watching. Gomez was brave and fought back but he took an awful beating until the fight was finally mercifully stopped in the eighth round. 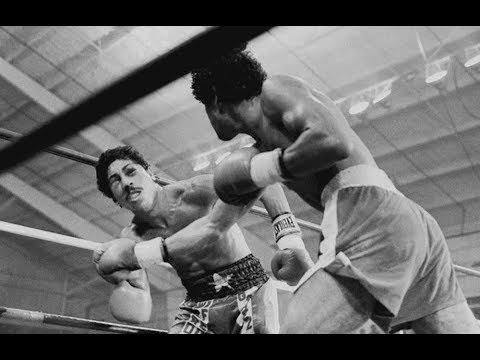 Maybe the biggest light-heavyweight title fight in history. The division was deep in the Late 70s and into the early 80s, and these were the best of that time. Spinks controlled the action and won a fairly comfortable decision over Braxton. 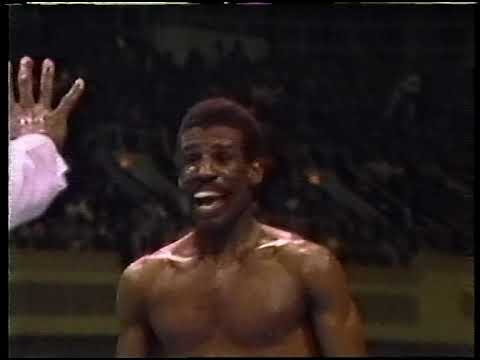 Just 64 days after losing his middleweight title to Randolph Turpin in London, the great Sugar Ray Robinson got the chance to win back the championship before a crowd of 61,437 at the Polo Grounds in New York on Sept. 12, 1951. James P. Dawson wrote in The New York Times: “The contest surpasses in interest anything in middleweight history and will shatter all financial records for a non-heavyweight fight.”

Robinson was no longer considered unbeatable and struggled in the rematch, suffering a cut over his eye. Facing defeat once again, Robinson turned it on and dropped Turpin in the 10th round. The Brit was battered until the referee halted the fight. Sugar Ray Robinson was champion again.

This was a legendary fight between an undefeated champion in Pryor and a man in Arguello who was already a legend. Arguello was moving up in weight and landed some hellacious shots that had no effect on Pryor. Was it Panama Lewis Magic bottle or was Pryor just a true force of nature? Either way, this is a highly anticipated fight that lived up to it’s billing. 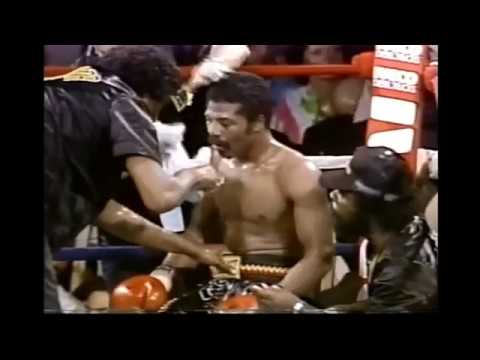 HBO debuted their then-novel series, 24/7 with a program titled De La Hoya-Mayweather 24/7. At the time it was a groundbreaking look inside the training camps, personalities, and psyches of boxing’s two biggest stars as they approached what would turn into the best-selling PPV fight in boxing history at the time.

The live gate was over 19 million dollars surpassing the 1997 Holyfield/Tyson record. The fight was close but De La Hoya didn’t throw enough punches over the last half of the fight to get the decision. 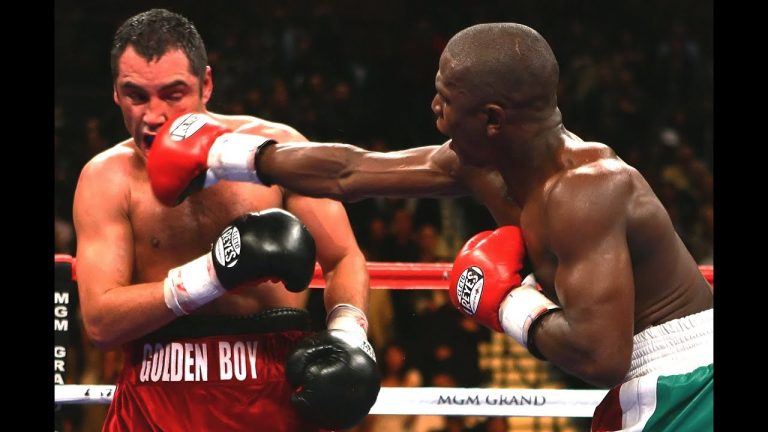 It sucks to put this fight on the list because it should have happened five years before. Throw in the fact that it was a boring fight and you know why I didn’t want to include it. With all that being said the fight did truly transcend the sport of boxing. 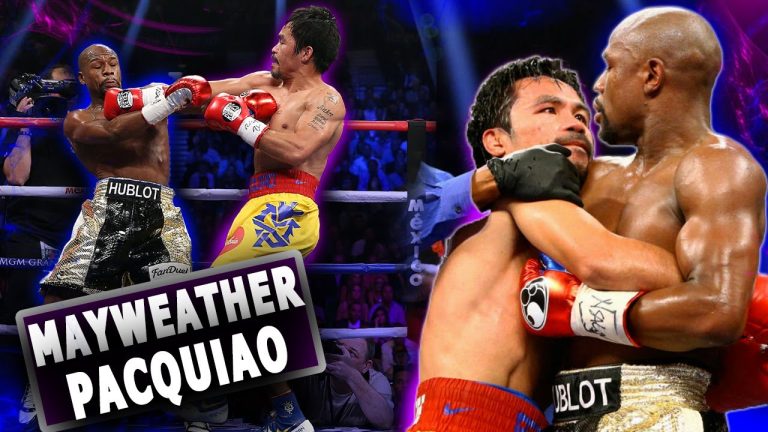 This fight at the time was being compared to Leonard/Hearns, but these guys were nowhere as good and the fight was rather boring. The fight tapped into the rich vein of Mexico vs. Puerto Rico rivalries in boxing—though De La Hoya was born in the United States of Mexican descent—and was expected to settle the score between the two best young fighters in the sport.

It was dubbed the “Fight of the Millenium,” tapping into all the Y2K phenomena, but didn’t live up to that type of lofty hype.

De La Hoya outboxed Trinidad in the early rounds with ease. He was well in control by the midway point and seemed to have built up an insurmountable lead on the scorecards. But it’s boxing, and the winner doesn’t always get the victory. This fight was the perfect case of that as three blind mice scored the fight for Tito – to be fair, one of the blind mice scored it a draw. 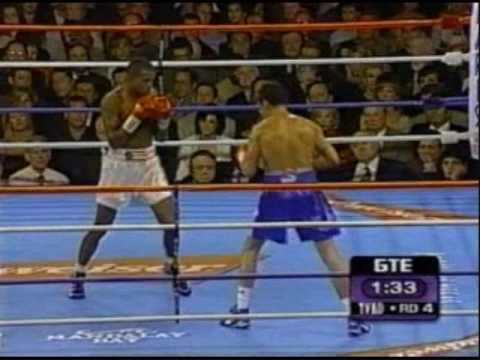 This would be in the top two if we are going by just by how good a fight it was, but the significance of the bout was not as big as the fights listed above. It was a highly anticipated showdown as Hearns was coming off a destructive second-round knockout of Roberto Duran, the same Duran that gave Hagler a tough 15 round fight the year before. Hearns attacked Hagler from the opening bell, but Hagler, with blood running down his face, withstood Tommy’s best shots and then dominated the last 5 minutes of action. 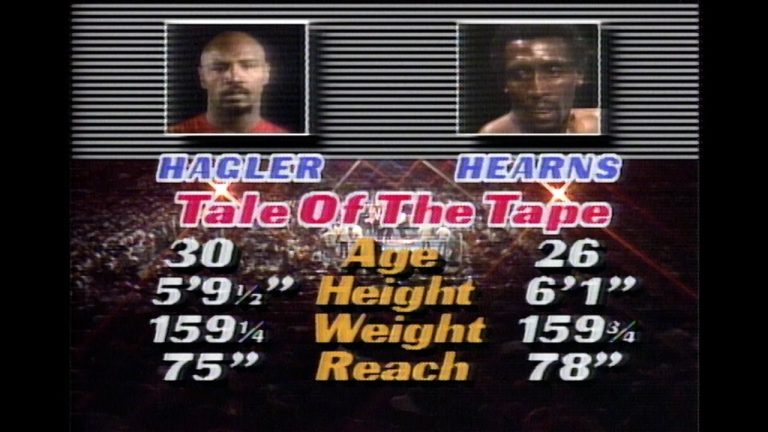 Sure Leonard had everything in his favor from the distance of the fight to the size of the ring, and not to mention Hagler was obviously in the twilight of his career. But Leonard had been inactive for three years. To win he’d have to fight the perfect fight. The decision was razor close with Leonard dominating the first half of the fight and Hagler the second half, but most people didn’t even give Leonard a chance. 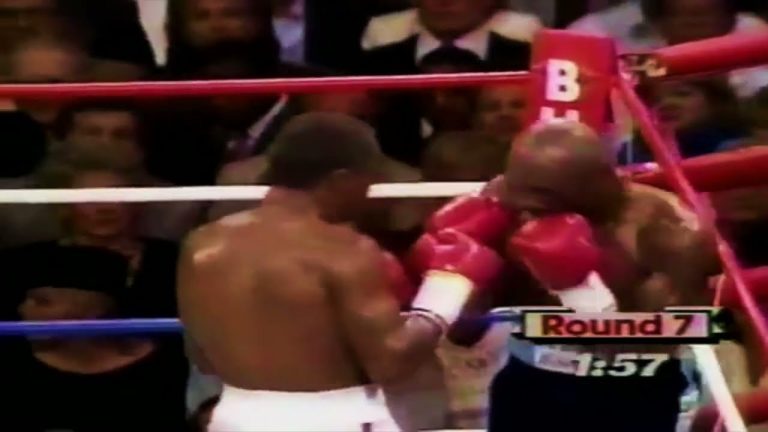 This was an epic encounter between two of the greatest welterweights in history. Hearns was considered the aggressive destroyer, but in all actuality, Hearns was winning the fight by outboxing Leonard. In the later rounds though, Leonard became the predator and Hearns the prey. A lot of people look at Leonard more for the fights with Hagler, LaLonde, etc… where he was always looking for the edge in rules. This fight though was prime Leonard, who trailing on the cards, stopped Hearns in the 14th round. 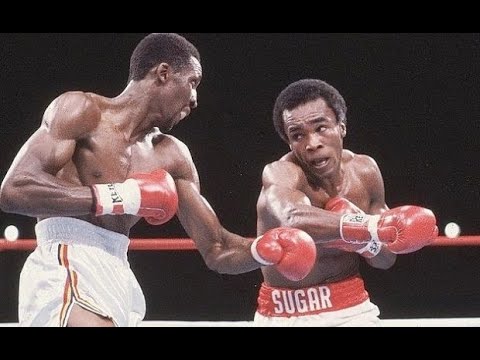 “The Brawl in Montreal” to me is the lower-weight version of Ali/Frazier. Duran and Leonard should be included in anybody’s all-time top 10. Leonard was America’s darling and had impressively stopped Wilfred Benitez in 1979. Duran had dominated the lightweight division for close to a decade before moving up to welterweight to get a shot at Leonard. Duran was coming off a dominating win over Carlos Palomino and this fight between legends more than lived up to the hype. Duran imposed his will and Leonard surprisingly stood his ground and fought Duran’s fight. 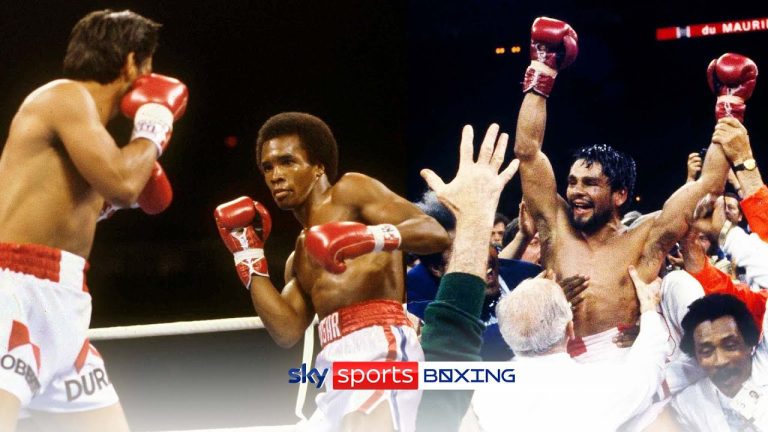 Duran vs Leonard I | Brawl in Montreal | Great Fight Highlights 🎥✨

The Story of “Tampa” Tommy Gomez

“My daddy was a one-generation immigrant. Most of them had been here ...