The hardest hitters at 147

The 24-year-old former Olympian has received high marks from Freddie Roach and others for his ability, and rightfully so. The Lithuanian-native is a burgeoning offensive powerhouse whose combinations are sinister. He is one to keep an eye on.

A former kickboxer, Lipinets has adjusted quickly to straight boxing and has moved up the ranks accordingly. While not as aggressive as many of his Russian brethren, he is still a technical and hard-hitting boxer-puncher whose skills have been refined by trainer Buddy McGirt. 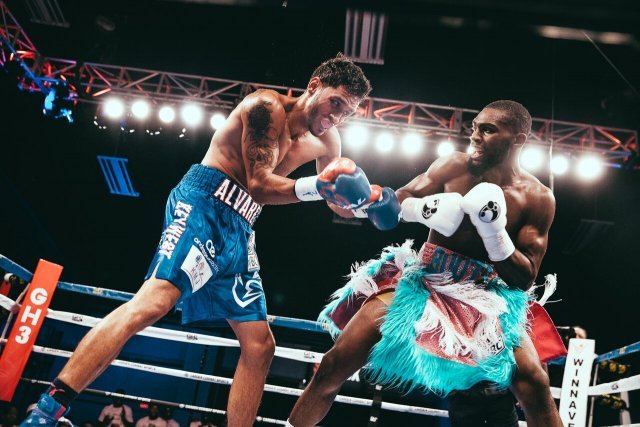 This Philly fighter has been lighting it up recently, smashing Raymond Serrano on the last Showbox: The New Generation, while increasing his knockout streak to twelve in a row. We have yet to know what his power will be like on the bigger stages, but his size, speed, and sharpness should see it respected throughout. A hard one to place because of the lack of footage, I am tentatively rating him on the Diego Chaves bout. The South African has shown improvement in his style, refining the edges to what was a raw punching style reminiscent of the Mayorgas, Maussas, and Mirandas of the world. Mbenge’s right hand is now smoother and that showed last time out. He walloped Chaves.

While the 28-year-old Nicaraguan was stopped in his last go-round against Egidijus Kavaliauskas, he was seen as a viable threat going in, and largely due to the weight he carries in his shots. The lanky welterweight has scored some crushing knockouts, with the most devastating coming against Sammy Valentin in the first round. His nickname fits.

Hailing from Florida, Perrella has a natural thud to his shots that you just can’t teach. Many times fighters have this ‘I don’t know about this’ look after being tagged cleanly. Unfortunately the delivery system that carries these missiles aren’t always dropped with laser-guided precision, but the 6’1” southpaw should still be able to carpet bomb enemies for years to come.

Andre Mike Berto is like a piece of furniture in the welterweight division. He has been around for what seems like forever. The man with roots in Haiti has been popping foes with that well-known uppercut for over a decade and still possesses fast hands and good timing. He will undoubtedly get another payout in the near future, as well.

Garcia’s wide-swinging hooks have produced some dramatic results (See: Amir Khan), so has his right hand (See: Brandon Rios). But he’s no one-punch knockout artist. Oftentimes Swift’s cessations come by way of accumulation. He has enough behind them to maintain his status as one of the classes’ bigger punchers, however.

For a man who started at 106 pounds and is long over-the-hill, the Filipino legend is still sharp as a tack. His manhandling of Lucas Matthysse was expected but noteworthy, as he gave the Argentinian a taste of the canvas three times and tallied his first notch in the KO column since 2009. Lest we forget he has hurt just about every opponent between that span.

Former Lightweight and Junior Welterweight Champion, and arguably the best fighter on the planet. The Omaha, Nebraska-resident is a fantastic blend of speed, power, and skill. He can switch-hit, fight or box, and knock ‘em dead when he has them reeling. “Bud” has shown the capacity to finish the job at any stage.

The record indicates he can crack. The video confirms that notion. Kavaliauskas is a former two-time Summer Games participant, which means he has quality boxing skills to compliment the padded bricks he tosses around inside the ring. Fellow list entrant Roberto Arriaza found out in short fashion that the Mean Machine was no a misnomer, getting short-circuited in three.

Whereas a guy like Berto relies somewhat on speed, Garcia gets wild, and a few of these fellas are naturally smaller, Ortiz fits right in physically at 147 and combines innate quickness, tightness, and rocklike mitts to down in-ring rivals. While his 25 KOs in 32 victories amounts to 78% never hearing the final bell, the lefty has also scored knockdowns or knockouts in 83% of all the fights he has been in.

Unfortunately the reference “One Time” hasn’t stuck, partly because of his absence and partly because he hasn’t shown lights out power at the highest rungs. With that said, Thurman is still packing heat. Shawn Porter, Danny Garcia, etc. clearly respected his power and the Jesus Soto Karass knockout has some leverage. Hopefully we will see a pairing with stablemate Errol Spence Jr. soon. 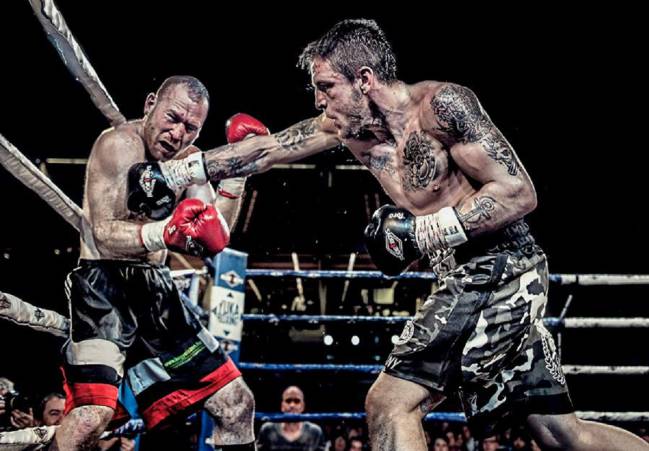 Maybe the purest hitter the division has. The Spaniard puts mustard on everything he throws and jars brains when he lands cleanly. His focus on the body spells double trouble for those opposing him, as he has a little Micky Ward in him. Continually he utilizes the left up and then downstairs to discombobulate. Frankie Gavin was the most recent victim.

While this may seem obvious, it is by no means a clear-cut placement. No one at 147 is a devastating puncher in the vein of Felix Trinidad, Randall Bailey, or the like. Little separates #1 from 2, 3 from 4, all the way down through 12. Given that, Floyd Mayweather’s “Anointed One” is big, strong, methodical, and downright relentless with his body attack. His grinding Kell Brook to a halt is the most notable coup de grace in recent years at 147 and his potential pairings with Thurman and Crawford should give us a good gauge as to how good he really is.