De Leon is an often forgotten champion in a mostly overlooked division. De Leon first won a world title when he faced WBC world champion Marvin Camel, on November 25, 1980, on the undercard of Sugar Ray Leonard and Roberto Durán’s famous No Mas fight in New Orleans. De León outpointed Camel over 15 rounds. De León lost his title in a shocking upset to S. T. Gordon by a knockout in round 2 in Cleveland in 1982. De Leon rebounded and won a comeback fight against former world heavyweight champion Leon Spinks by a knockout in round six in 1983. De Leon regained his title by beating Gordon in a rematch. De León dropped Gordon once in the first round and once in the twelfth, en route to a unanimous decision win in a history-making bout: De León had become the first boxer to win the world cruiserweight title twice. De Leon would go on to become a four-time cruiserweight world champion. 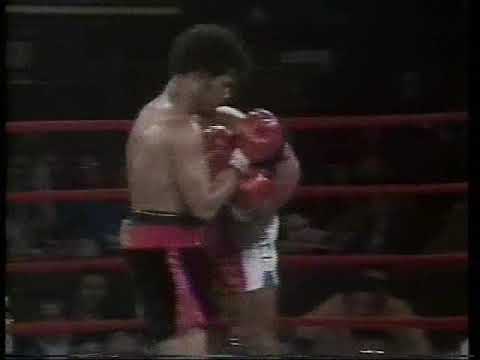 Castillo came up short in four title fights against Salvador Sánchez, Alexis Argüello, and Julio César Chávez, as well as Juan Laporte. Castillo controlled most of the fight in his first title shot against Arguello before the Legendary “Thin Man” took him out in the eleventh round. He lost a very close decision to Salvador Sanchez and lost to Juan LaPorte in another close fight. Howard Cosell loved Castillo, a highly-skilled boxer and didn’t mind getting down in the trenches and going to war. 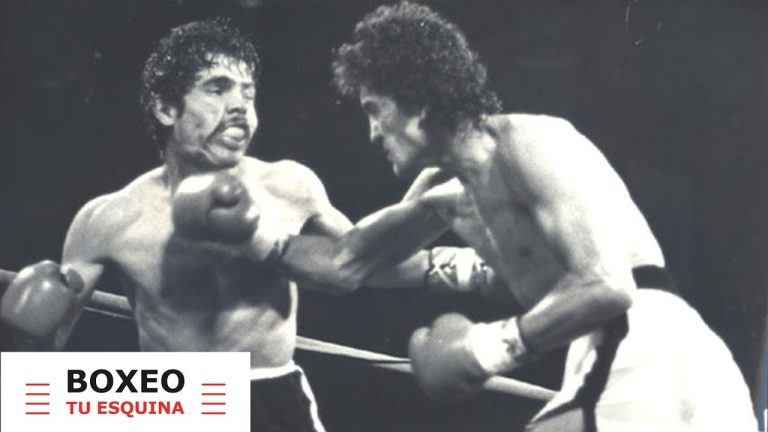 I think it’s a shame that Lalonde is not remembered better. He indeed was a solid fighter. His most famous fight was against Sugar Ray Leonard, where he dropped Leonard early in the fight and was ahead on points until the fateful ninth round, where Leonard caught Lalonde and stopped him. Lalonde won the title over the tough Leslie Stewart and won over Mustapha Hamsho. I still believe if Leonard had fought Lalonde at Lalonde’s natural weight, which was light heavyweight, Lalonde would have beaten Leonard. Getting down under the light heavyweight limit dramatically drained Lalonde and significantly affected the fight’s outcome. Sugar Ray Leonard vs Donny Lalonde – Highlights (For All The GOLD)

Bramble came into national prominence in 1984 when he upset Ray “Boom Boom” Mancini. Bramble went on to beat Mancini in the rematch and defended his title, stopping Tyrone “Butterfly” Crawley in the 13th round. He lost his belt in his second defense and never really got back to the pinnacle he obtained in 1984 and 1985 again. When you look at his record, you see a ton of losses that occurred mainly at the end of his career. For anybody that saw Bramble in his prime, there is no doubt that he was a great boxer. 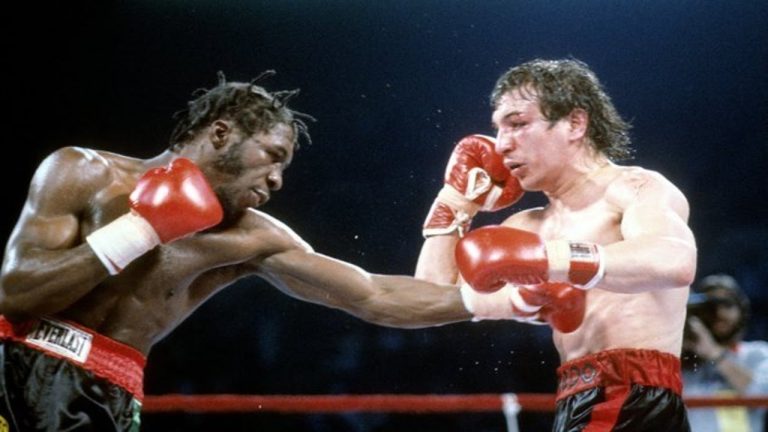 Edwards is probably best known for his two life and death struggles with the great Bobby Chacon, but Edwards should be known for much more than that. When you talk about blood and guts warriors in the 1980’s, Boza has to be towards the top of that list. His losses were to legends such as  Alexis Argüello by knockout in eight, Héctor Camacho by decision in twelve, Rocky Lockridge by decision in ten, and José Luis Ramírez by dish in five. Edwards was the true definition of a fighter. 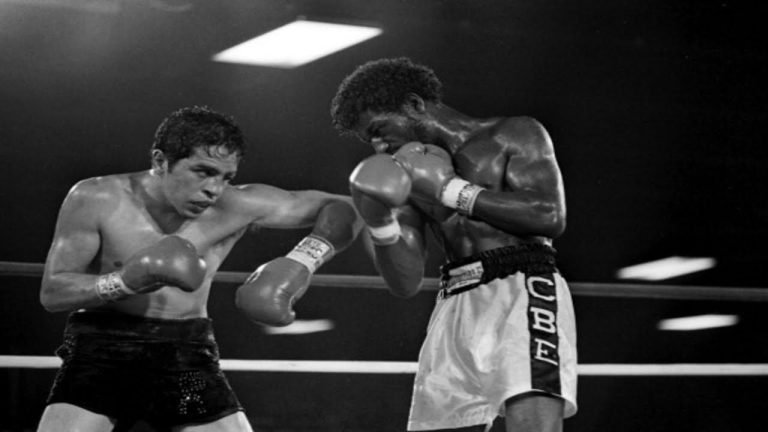 Rosario fought the best during his career, and he won some, and he lost some, but if you were a fan, you always got your money’s worth. He won the lightweight championship of the world three times, as the WBC lightweight champion (1983–84) and the WBA champion (1986–87 and 1989–90). Rosario won a 4th world championship after moving up to the junior welterweight division by claiming the WBA title, holding that crown from 1991 to 1992. He also came very close to handing Hector Camacho his first loss in 1986 when he lost a controversial decision at Madison Square Garden. Braxton, later known as Dwight Muhammad Qawi, came out of the Rahway State Prison Boxing Program in 1978. He went back to Rahway State Prison and gave Rahway inmate James Scott a beating which finished Scott’s career. He beat World Champion Matthew Saad Muhammad in 1981 and then beat Saad even more convincingly in a sixth-round knockout at The Spectrum in Philadelphia. He attempted to unify the title against Michael Spinks in 1983 but lost a unanimous decision and, after that fight, moved up. He was never the same after a 1986 war with a young and hungry Evander Holyfield at the Omni in Atlanta, where he relinquished his cruiserweight title. 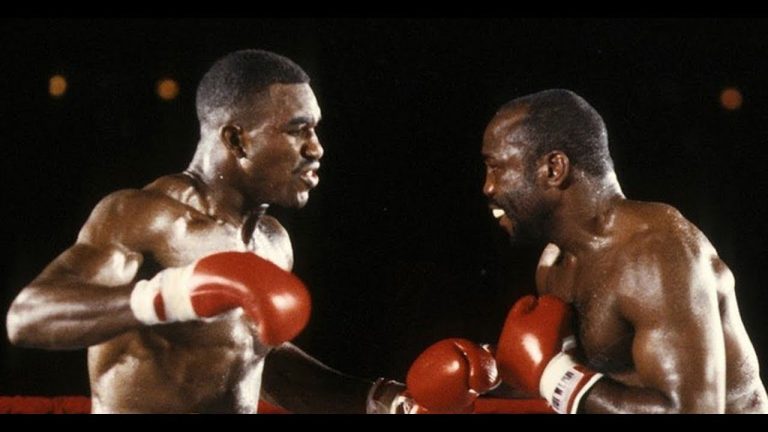 Laporte fought them all, and he beat his fair share. If you want to know how great he was, consider that he fought Julio Cesar Chavez in his prime at maybe his best weight, and many people thought he won. Laporte had it all, and when he was on, he could beat anybody. 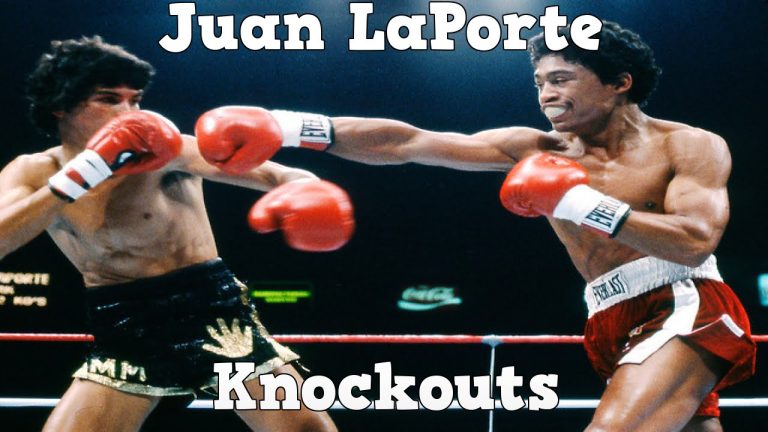 While most consider Camacho significant, many people forget exactly how good he was during the 1980s. Few who have ever done it were as fast as the “Macho Man,” and people forget that he wasn’t just fast at junior lightweight and lightweight; he could also crack pretty good with both hands. 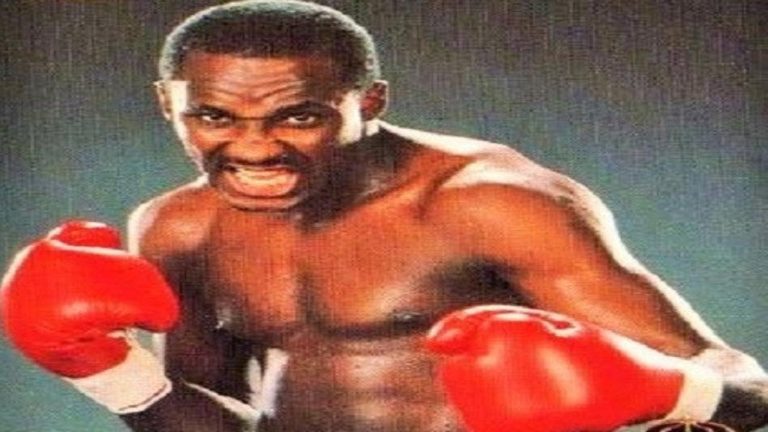 Who was the greater fighter? Mike Tyson or Michael Spinks?

Many people will glance at this headline and automatically think this is ...

Marvelous Marvin and the Philly Fighter They Called Boogaloo