The 02 Arena hosted the long-awaited WBSS junior-welterweight finale on Saturday, pairing Josh “The Tartan Tornado” Taylor (16-0, 12 KOs) against Regis “Rougarou” Prograis (24-1, 20 KOs). This disappointed in the same way Spence-Porter, Golovkin-Derevyanchenko, and Beterbiev-Gvozdyk did. That is to say that it didn’t and provided yet another Fight of the Year candidate.

All statistical measures highlight that it was a close affair, but the final numbers may provide a surprise to many. The Louisiana-borne Prograis was more active overall, throwing 75 more punches punches than Taylor (739 to 664) over the 12-round limit. When broken into sub-categories, the American came out on the plus side of nearly every one, minus lead hooks and uppercuts, which “The Tartan Tornado” held a +70 advantage. The biggest differential was jabs, with Prograis tossing 383 altogether, 88 more than Taylor’s 295.

Prograis wasn’t just more active, however, he connected at a greater percentage (34% to 31%) and tallied more punches landed (252 to 207). In fact, during 7 of the 12 rounds BoxStat evaluated, “Rougarou” came out on top statistically in both groupings. One of these amounted to the greatest +/- variance on any singular round, the last segment, as he out-landed Taylor by roughly 12, meanwhile scoring on a fight high of 40.

The Scotsman’s strongest showings were as generally perceived, the middle rounds. He was busier in 5, 6, 7, and 9; out-scored Prograis in 5 and 9; and tied him in round 6. Taylor also nicked round 10 in terms of landed. This data, coupled with the thin margins in most rounds and his more aggressive demeanor inside the ring, is what seems to have earned him the nod on most people’s scorecards, including two of the judges. 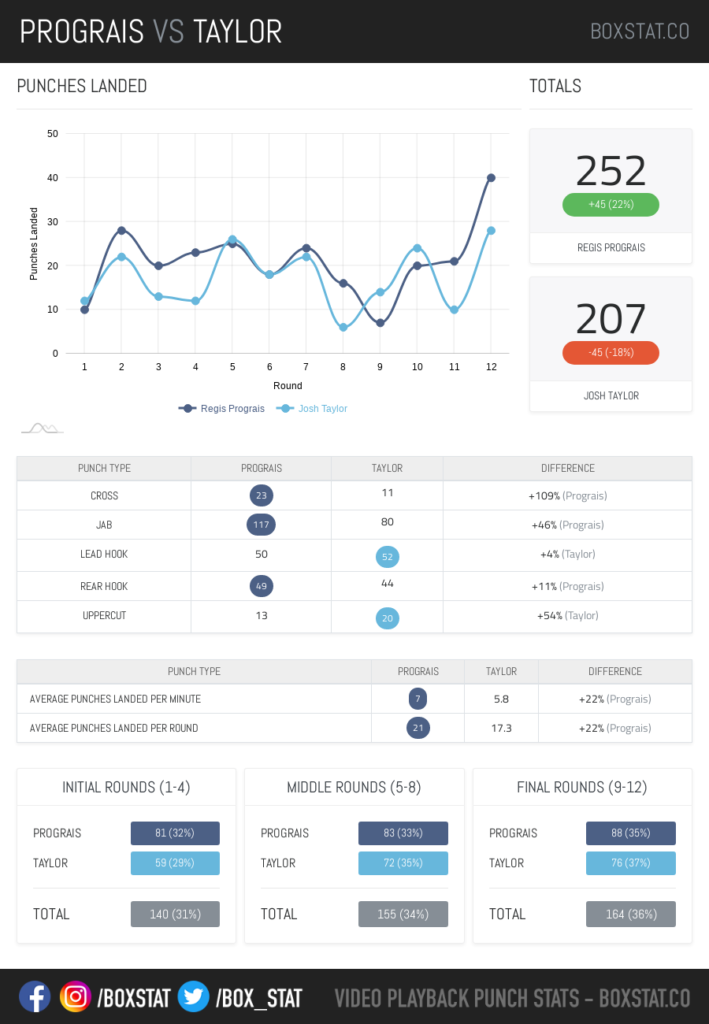 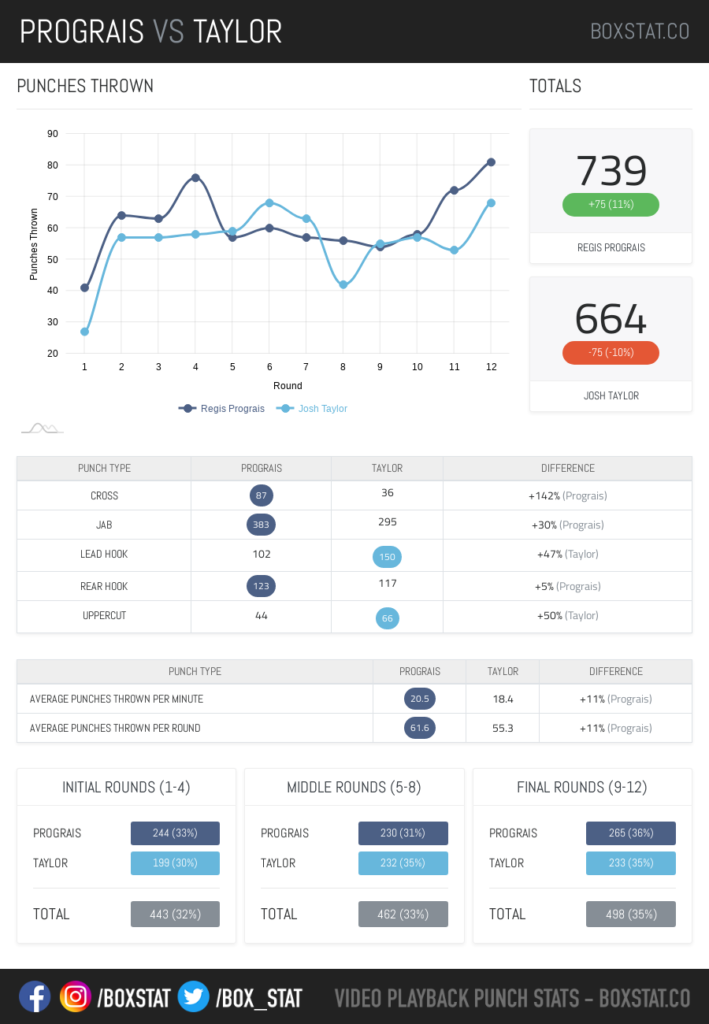 With this victory, Josh Taylor now stands at #1 in the division. His first course of action is a softer touch, likely of the domestic sort. A number of names have already been speculated upon, but no matter who gets sent a contract, few will fault Taylor. He has been engaged in a taxing tournament where he has received bruises and bumps aplenty.

A bout with Jose Carlos Ramirez will be expected thereafter, unless Ramirez fails to get past his next match.

Prograis should only learn from this experience and now becomes something of a shot-caller himself. Many of the remaining ranked opponents are leftovers but that doesn’t make them uninteresting. Baranchyk, Hooker, Zepeda, and a few others are quality, and one of the younger guys at 135 may jump ship due to increased mass.

Once again we find ourselves at the doorsteps of a can’t-miss bout ...

Introduction Once in a while, boxing fans are gifted with a super-fight, ...

The drug testing, the hand-wraps, the slander, the threats–it’s nearly over, and ...