How well did each perform?

There is a simple formula that doesn’t appear well understood in boxing, but generally seems to work. That is, pitting the best fighters against one another in or near their physical primes and letting it play out. In last weekend’s welterweight contest between the now consensus #1 welterweight in the world, Errol Spence Jr., and the rugged #4 guy in Shawn Porter, we didn’t quite get the match we are all clamoring for (Spence vs. Crawford), but it was in the parking lot of the ballpark.

It proved to be a high-level, punch-swapping affair that should keep the lads around the water cooler for a little while longer. Many are tossing into in the hat of Fight of the Year candidates, and rightfully so.

The data indicates that this was close and that there was no significant advantages in terms of punches thrown (a small 15 punch difference in “The Truth’s” favor), or percentage landed (a 7% edge for Spence). Both of those supplement the most striking statistic, however, Spence’s total shots landed. There he held a 56-punch lead, an average of nearly 5 per round. Add in that he was the bigger banger of the two, coupled with his knockdown in the 11th, and it paints a portrait of why Spence deserved the nod. 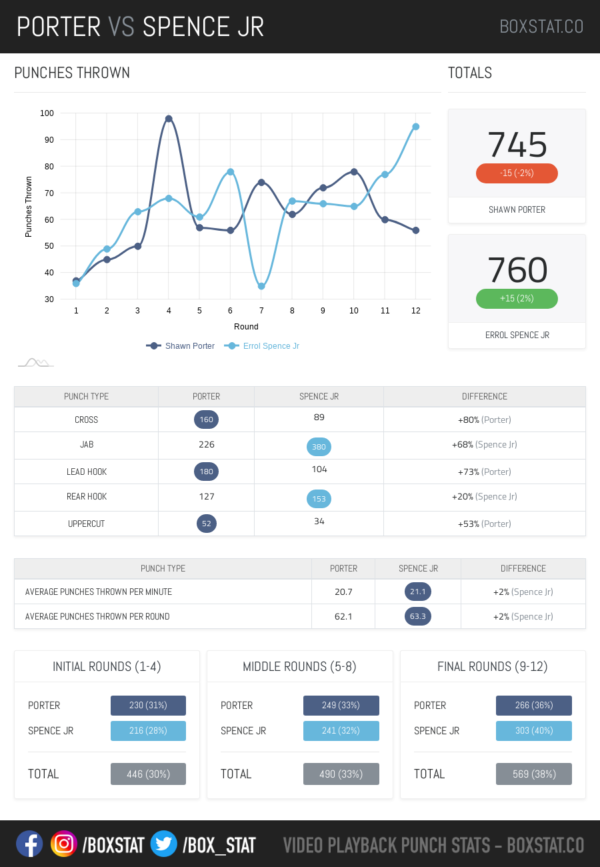 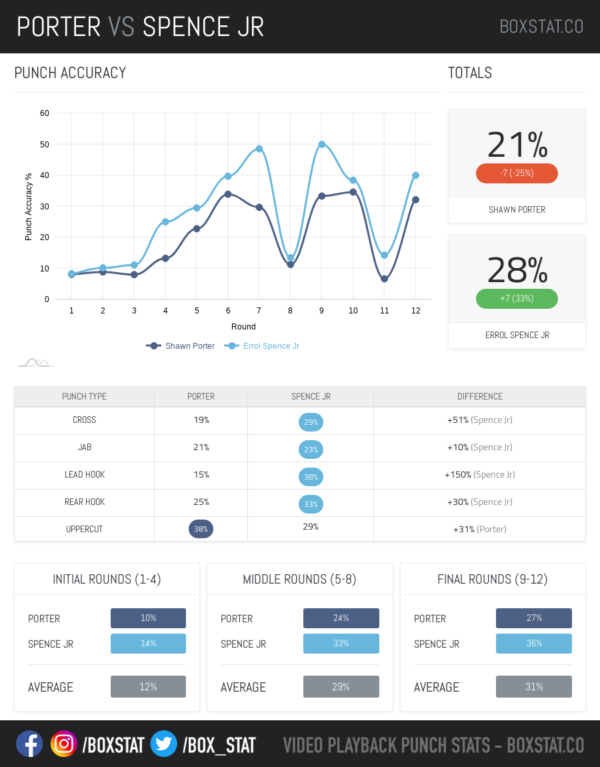 Future plans for the Texas southpaw are already set. An early 2020 showdown with Danny Garcia, Transnational’s #7-ranked 147-pounder, is pretty much signed and sealed. At least that’s the message conveyed in the post-fight interview. From a glance on paper, it’s not as appealing as Porter, who defeated Garcia not long ago, but there doesn’t look to be a big enough disparity in talent to scream a mismatch.

The bigger pictures means we will all have to sit on our hands just that much longer so Spence and Crawford “marinate”. This is barring upsets, of course.

Porter has plenty of options being in PBC’s roster. He can take a rematch with Ugas or Thurman, or a setup a bout with Sergey Lipinets. All would be fine choices, though I suspect an easier fight will be on the menu first. Regardless of where he goes, he has come up just short against three of his division’s best and has to receive a healthy dose of respect for it.

Get your Free Bet now!
Latest News
Top 10 Coaches in NFL History
Ranking the top 10 coaches in NFL history ...
The Top 10 St. Louis Cardinals of All Time
Today we will look at the top 10 ...
The Top 10 Edmonton Oilers of All Time
Today we rank the top 10 Edmonton Oilers ...
Is BallyBet legal in New York?
BallyBet is a relative newcomer to the sports ...
Is BetMGM sports legal in New York?
Sports betting is now officially legal in the ...
Betting Tips
Betting Tip: Phoenix Suns vs Golden State Warriors
Tip:
Over/Under
Odd:
1.29
Current Bonus:
100% up to $500