The Grueling Truth - Where Legends Speak / The Murder of Irish-Catholic Pugilist, James Elliott (1883)

Christopher Shelton
Publish Date: 08/10/2017
Fact checked by: Mike Goodpaster
Share via WhatsappShare via FacebookShare via Twitter
Tracy Callis (chief historian of Cyber Boxing Zone): “Elliott was an agile, strong, tough and aggressive boxer who was tricky and used unfair tactics; He had great ability, but never trained seriously; because of his unrestrained anger, he was twice arrested and sentenced to jail for armed robbery and assault and battery with intent to kill.  Jimmy always seemed to turn up at the wrong place at the wrong time; On March 1, 1883, he was shot by gambler Jere Dunn in a Chicago saloon and died shortly afterwards; He is buried in Calvary Cemetery.”
The genesis for this story was my 10th year anniversary clean from speed drugs, crystal meth or cocaine.  I had been encouraged by my therapists (I have two and a psychiatrist) to do something celebratory and leave my hometown of Phoenix, Arizona while reflecting over the ten years.  I had shared my anniversary ‘publicly’ at Phoenix Shanti group with HIV+/AIDS guys out of prison less than two weeks with one shivering HIV+ soul off speed drugs for one day.  It seemed necessary to write a special boxing story and knew it would involve my former mentor, Tracy Callis.  He encouraged me not to hoard my history research and share with others.  His favorite two researchers became Sergei Yurchenko of Moscow and I.  He said we were the only boxing researchers who detached ourselves with relentless pursuit for truth – a certain irony, or maybe not – that we are both highly emotional, temperamental guys.
“Hi Chris, It has been very cold, windy and rainy around Virginia this year.  We are eagerly awaiting spring time and warmer weather.  Mr.  Elliott, huh?  He’s a real rascal, huh?  Go ahead and quote me if you like.  Thank you!!!  Let me know when you have your article up and running.  I’d like to read it.  Take care, TC.”  Tracy Callis is a Southern, Christian gentleman and former Virginian football athlete who attempts fairness with historical truth.  The reality is too many pugilists and too few researchers.  Those few boxing historians who make a few bucks stomp on anyone else – so long as Sergei and I live in abject poverty – they are fine letting us worry whether Irish lightweight’s Packey McFarland’s only ‘official’ loss was justifiable as proof.  Several years ago, Tracy received news that his namesake son was dead at aged 40.  Never quite recovering from that shock, his grandson, Sean, died at aged 13 last year.  There are moments when Sergei and I cannot take boxing and must quit for weeks to visit a museum or re-discover culture.  We always rebound.  But the death of his son and grandson was too much for one lifetime.  I have briefly researched and minimally published about 19th century Irish pugilist, James Elliott.  But I liked Tracy’s words for Cyber Boxing Zone’s site and thought it’s the best story for my 10th year celebration.  I have written increasingly positive boxing stories over the past couple of years.  It’s time for a return to negative violence.  And yes, crazy as that sounds, it makes me sentimental.  I am to visit Tijuana, Mexico for a week of reflection while researching James Elliott’s life and death.
********** ********** ********** **********
Jimmy Elliott, born in Ireland, circa 1845, moved to New York City as a child.  He must have been a tough boy living a violent teenaged lifestyle.  He was apparently proficient and experienced at Rough-and-Tumble fighting by the aged of 15.  It was a popular illegal sport in the New York City region during the 1850’s and 60’s. William Poole, murdered in 1855, was its most famous fighter.  It was usually an impromptu or hastily arranged battle between two combatants.  It was a circular battle ground without ropes.  There were no rules so you could kick, punch, eye gouge, choke, pull hair or scratch a foe.  There was only one continuous round until a fighter surrendered.  A big teenaged boy such as James Elliott probably stepped forward with a single hard punch and then used his strength, weight, size to overpower someone.  For an experienced Rough-and Tumble fighter such as William Poole, a smarter average-sized guy was to utilize quickness.  Poole would semi-circle without striking while encouraging his foe to aggressively lurch forward.  Poole would seize an opening and strike with a wrestling hold around the neck or wrap his legs.  Both would fall to ground with Poole strangling or disabling his opponent.  A battle rarely lasted more than a couple minutes.  For Elliott to fight several of these at 14 or 15 years old would suggest a tough son-of-a-bitch who picked up a few dollars with straightforward bets or one of the older spectators sponsoring him. The Champions of the American Prize Ring (1881 – published by Richard K. Fox): “Elliott is 35 years of age.  He was brought up in New York, and from a boy figured in rough and tumbles.  His first fight was with Nobby Clark.  It took place at the Palisades, New Jersey, May 25, 1861.  Clark won after fighting 34 rounds, lasting one hour.”  Some historians, I am not sure this is the best label with their research so sloppy, list the Elliott-Clark bout as the first ‘featherweight’ championship boxing bout.  Without knowing anything about either pugilist – they are merely Wikipedia names to copy – list both men at 126 pounds.  It is possible that Clark, a much smaller man, was in the vicinity of the weight, but not Elliott.  Tracy Callis lists Elliott at 23 years-old which would have made him a strapping, muscled larger man at approximately 180+ pounds.  I believe Elliott was closer to 16 years old. It would make him a boy not a man, but unlikely his weight would have been below 170 pounds.  Sacramento Daily Union (6/9/1863):  “At the time (Elliott) could not have been over 17 years of age.”  It would make sense that a smaller, older, experienced pugilist could embarrass and easily defeat a much taller, young boy used to street scraps and Rough-and-Tumble fights.
On June 6th, 1862, James Elliott battled an experienced Hen Winkle at Bull’s Ferry for $500.  Tracy Callis: “This bout was held near Weehawken, New Jersey; The crowd broke into the ring and the fight was stopped.”  Various reports list the violent bout as 2 hours and 15 minutes over 95-99 rounds.  Elliott, Hinkle and their seconds were all arrested.  The Champions of the American Prize Ring (1881):  “Had the friends of Winkle allowed the bout to continue, Elliott would have won.”  There are contemporary newspaper accounts listing both Elliott and Winkle as victor.  The prevailing verdict years after the bout was an unfair Draw for which Elliott was dominant.
James Elliott, according to an 1880 Police Gazette profile, fought Big Bailey in a November, 1862 bout near Boston, Massachusetts.  Tracy Callis lists the date as November 16th with a 4-round victory for Elliott.  The only problem is that various sources list Elliott’s first three opponents as Clark, Hinkle and Dunne.  There was no journalist at the illegal Elliott/Bailey prizefight – so the actual date and what occurred is a bit confusing.
********** ********** ********** **********
I have my 2015 Tijuana room for $13 a night which includes daily maid service and 24-hours security.  I sleep on the ground in USA so how nice to have a Queen-sized bed for a week.  There is television with HBO and something called ‘Edge’ with regular channels in Spanish and English.  If I become hungry, can step outside, and purchase steak tacos (w/ everything) for $1.50 apiece.  While waiting for my tacos there is usually a local singer playing guitar.
Tijuana has my fondest memories in life.  I lived in the USA border city of San Ysidro and attended San Ysidro Adult School.  I was the only person to speak English, but everyone was kind.  After six months, they certified me for typing speed and computer training.  Every other day, I would walk into Mexico and eat or maybe visit Catedral de Nuestra Senora de Guadalupe, where I felt protected spiritually.  Sporting gambling is legal in Tijuana so I could visit there free and view whatever was happening on their many televisions.  I was the only person who always won, because I don’t gamble.  Sometimes, I would visit a sports bar, Adelita’s Club, which has legal prostitutes.  I would buy a $3 beer and pack of Marlboro Lights for $1.50 while all the ladies knew to approach and receive one.  It was fairly innocent while expenses for Mexico visits were always under $10.  USA Border Patrol was naturally suspicious, “What were you doing in Mexico?” – ME: “Attending Catholic church.” – BORDER PATROL: “What were you doing in church?” – ME: “Praying.” 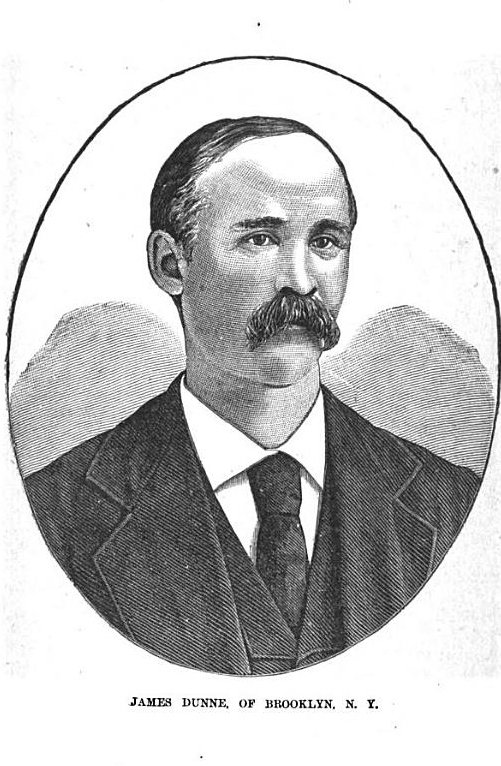 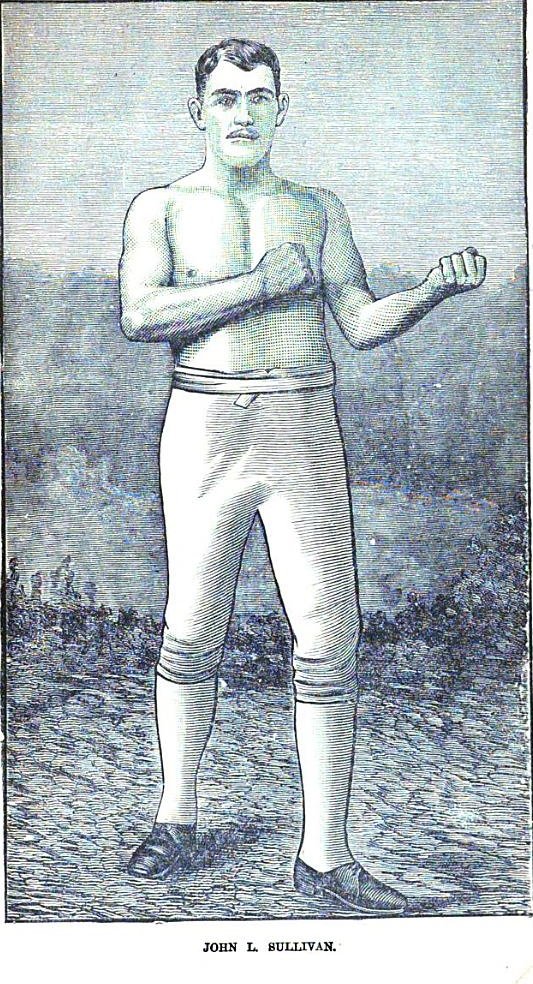