Having retired from boxing last year, Manny Pacquaio has announced he would return to the ring to fight against Korean YouTuber DK Yoo in an exhibition match dubbed Boxer vs Meditator on December 10.

Yoo and Pacquiao recently met and signed the contracts for the fight in General Santos. Check out the best new sportsbooks for betting on Boxing.

“DK Yoo, see you in the special event this coming December,” Pacquiao said. “God bless and be safe.”

Pacquiao turns 44 this December and has won world titles in eight weight classes. He announced his retirement from boxing last September after two and a half decades in the ring to focus on his presidential run in the Philippines. The Filipino legend lost the welterweight title against Yordenis Ugas in his last fight, which was the same belt he won two years earlier against Keith Thurman.

Check out the top sportsbooks for Betting on Boxing

Before the fight between him and Yoo was announced, Pacquaio had done exhibition fights against his longtime rival, Floyd Mayweather, and British star Amir Khan.

His fight with Mayweather has been the most successful combat sports event in history, having 4.6 million people purchasing the pay per view. 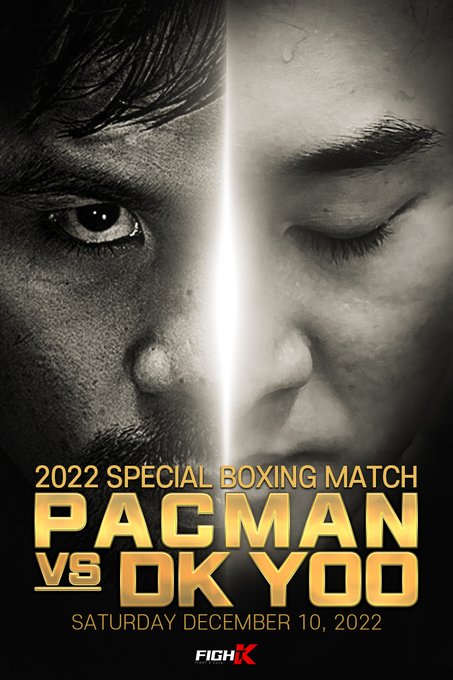 Yoo was thrilled when he announced his upcoming fight against Pacquiao, recognizing his opponent as one of the best boxers in the world.

“I’m telling you right now, who’s going to be my next opponent. I’m going to fight against Manny Pacquaio,” Yoo said.

Yoo is a YouTuber and a martial arts instructor known to practice a form of martial arts called Warfare Training Systems (WCS), which he developed himself. The system adopts various martial art disciplines and styles such as aikido, savate, and kung fu. Regardless, its legitimacy has been met with questions by critics. In order to prove the system’s credentials, Yoo fought against former UFC middleweight Bradley Scott in a pay-per-view boxing event last December.

Scott outclassed Yoo in the six-round bout, but no official results were given as of yet. Unlike in his fight with Scott, Yoo will have a size advantage over Pacquaio.

Yoo said that his martial arts system was inspired by people from all fields, which included other martial artists, dancers, and painters. He has sparred with many people, which earned him some combat experience and shaped him as the person he is today.

“The most important fact other than my experience in all types of martial arts is that I have met with the experts from each martial art, interacted and grasped the core of each martial art through analyzing the advantages and disadvantages,” he said.

“To reiterate, I don’t believe WCS to be superior to any other movement or philosophy. All movements and philosophies are valuable within themselves.”

YouTube boxing has become increasingly popular since Logan Paul and KSI decided to engage in an exhibition match in 2018. It has since inspired other content creators from TikTok and Twitch to participate in the same sports.

Its popularity is quite significant to the point that it encouraged some retired pro fighters to come out of their retirement to take on lucrative opportunities against big names.