Anthony Yarde knows that most so-called experts are picking IBF, WBC, and WBO world champion Artur Beterbiev to blitz him this Saturday night at Wembley arena in London, England.

“Yes, he is the best of the light-heavyweight champions now, but even in this brief fight I saw plenty of ways of beating him,” said Yarde a few weeks ago to The Daily Mall. “I would be more afraid fighting a master boxer. This man has serious power, but he’s not as fast as I expected. This is a challenge I will relish.” 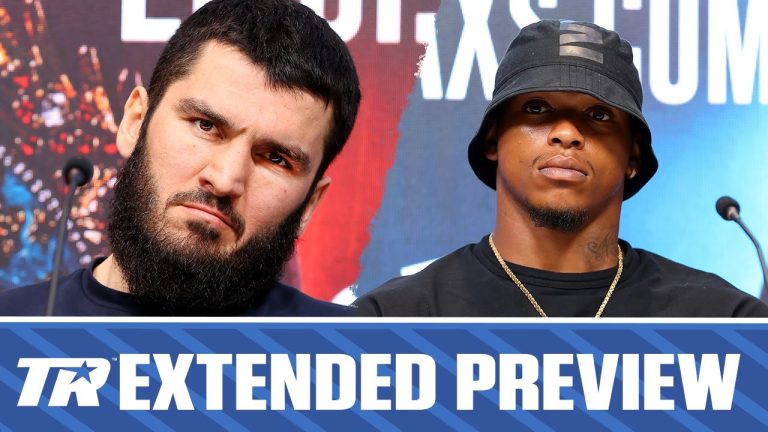 The brief fight that Yarde is referencing is Beterbiev’s obliteration of Joe Smith last year. Smith started the bout aggressively, forcing the usually slow-starting Beterbiev to get his motor going. Beterbiev did. He pounced and fired wicked punches.

“I never back down from a challenge, and Anthony Yarde is a top contender who asked for this fight,” said Beterbiev in an article by Daniel Yanofsky of The Sporting News. “I look forward to fighting in London for the first time since the Olympics. Yarde called me ‘slow’ after my fight with Joe Smith Jr., but slow and steady wins the race. And on January 28, I will win in London.”

Smith was down in round one and done by round two. Beterbiev couldn’t miss with his right hand.

“Beterbiev is a wrecking ball but I will be the breath of wind he cannot catch,” Yarde said. 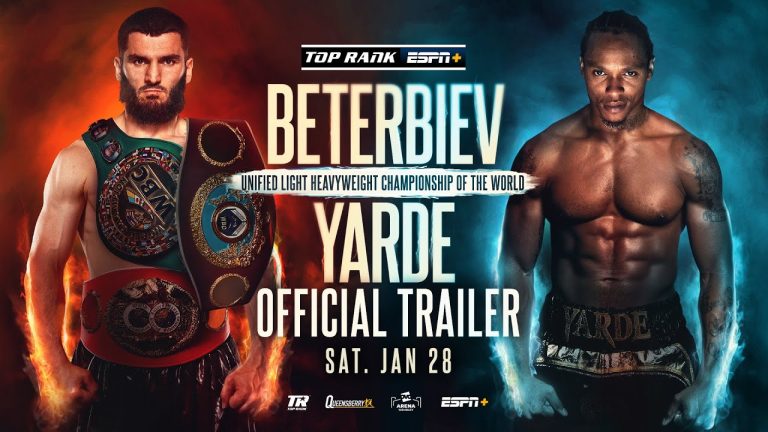 In 2019, Yarde traveled to Russia to fight then-WBO light heavyweight champion Sergey Kovalev. Yarde did well at times, but Kovalev, once the most feared fighter in his division, had enough left to put Yarde away in round 11.

Yarde won his next two fights before facing Lyndon Arthur in Westminster. A tentative approach left him on the wrong side of a split decision.

A rematch went down a year later.

Yarde was intense and explosive. He knocked out Arthur in the fourth round.

“After that first fight with Lyndon Arthur,” Yarde told worldboxingnews.net last week. “I said, ‘no more games, I know exactly what I’m going to do.”

Russian-Canadian Beterbiev has proved a lot in his short professional career. The 38-year-old has won all 18 of his fights by knockout. Power and precision are his game.

Beterbiev picked up the IBF light heavyweight strap in 2017. His first defense against Callum Johnson was something of a barnburner. Johnson was floored in round one – Beterbiev a few minutes later. Non-plussed, Beterbiev stopped the game Johnson in round four. Beterbiev beat up WBC champion Oleksandr Gvozdyk, who retired after the bout, and contender Marcus Browne.

Then came his total domination of Smith.

Yarde doesn’t figure to be able to stay upright when Beterbiev connects.

“My destiny playing out in my home city – this is what I have been longing for throughout my professional career – which started at Wembley.” 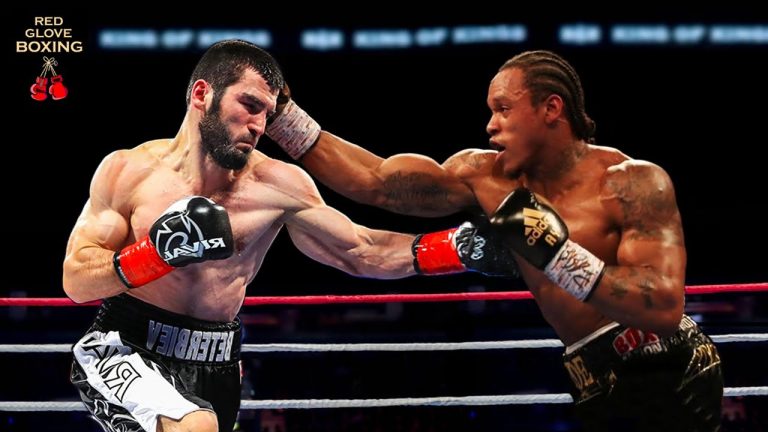