Top Rank’s top-3 billed bouts are basically 50-50 matchups on the mid-level something boxing fans hope to see more of on ESPN/ESPN+ in 2023. Ever since the PBC took boxing back on network television and Top Rank landed a deal with ESPN mid-level fights continue to get much-needed exposure. Saturday’s card has three interesting bouts in Efe Ajagba vs. Stephan Shaw, Guido Vianello vs Jonnie Rice, and Adam Lopez vs Abraham Nova. As a reminder, you don’t need to cable to watch Top Rank/ESPN boxing, it streams live on the ESPN+ app as well.

One outing removed from his first loss as a professional, Efe Ajagba faces another stiff test in Stephan Shaw in the main event on ESPN/ESPN+. Efe was out-boxed cleanly by Frank Sanchez, the Cuban’s defense proved too difficult of a task to overcome. Efe is fairly basic in his approach offensively, but his punch rate and power stand out at heavyweight. Will a basic yet fairly effective 1-2 attack with uppercuts & hooks as times be enough to get the “W”? 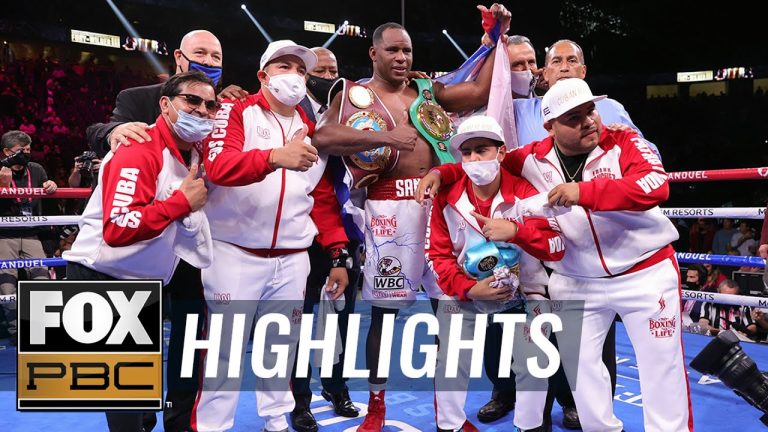 The 18-0 Stephan Shaw is taking a step up in competition facing Efe Ajagba, and though he doesn’t have the same defensive capabilities as Frank Sanchez, it makes sense for him to be a slight favorite. Shaw uses his jab in a variety of ways. Measuring with his it and scoring to the head with good hand speed or throwing it to the body. Something that should be a useful tool is Shaw’s jab as he turns into a hook to the head. He likes to fight at range or on the outside, being light on his feet to an extent with decent pop on his punches. 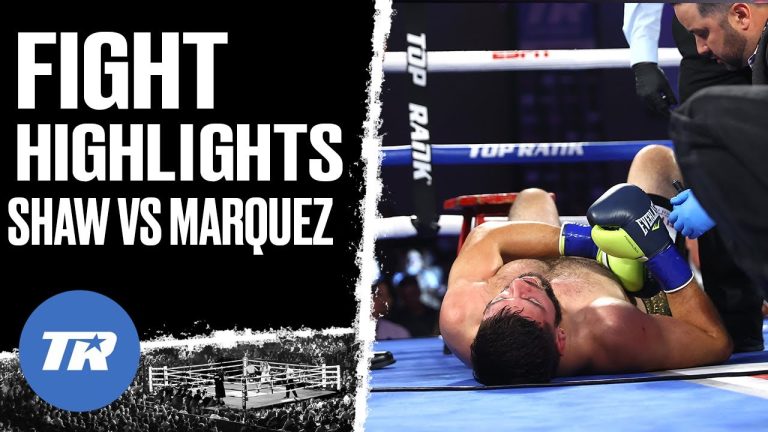 Efe has gone the 10-round distance three times, whereas Shaw has been 8-round on three separate occasions. Look for this one to be nip and tuck pretty much the whole way. Shaw will start fast so it will be up to Ajagba to land the more telling shots to slow him down and take over the fight.

My Official Prediction is Stephan Shaw by Majority Decision. 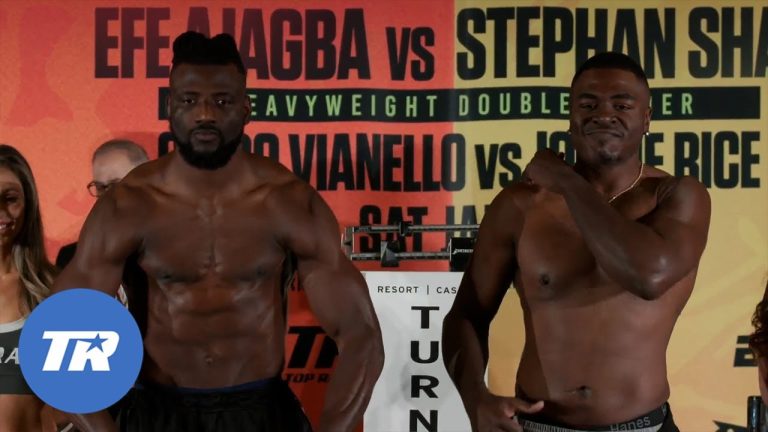 Leading the way as the headliner of sorts for the ESPN+ portion of the card before it switches to ESPN after a Big-12 college basketball game is a ca n’t-miss bout between Adam Lopez and Abraham Nova. Don’t let Lopez’s 16-3 record fool you. He’s a legit guy. His first loss came to freaking Stephen Fulton in Adam’s 9th pro fight. Before losing by TKO and a close MD Lopez was giving Oscar Valdez some good work knocking him down early and his fight with Isaac Dogboe could’ve gone his way. According to Adam Lopez if he wins on Saturday Top Rank will offer him a new deal, so this is almost like a mini-version of a contract year in pro team sports. (Credit to Lukieboxing at Inside The Ropes for that information during a recent interview.)

Abraham Nova’s back is against the wall to an extent as well, having just been stopped last summer by the ever-improving Robeisy Ramirez. Nova’s range-finding jab and the option to bring the pressure or fight at a distance, along with counter hooks and lead/counter straight right hands, make for what should be a very-competitive scrap. Yes, Nova was stopped in his last fight but he was giving Robeisy plenty to think about. Nova tends to get caught with the cleaner punch during exchanges. He throws nice combinations at times, shoe-shining downstairs rather than meaningful body lands.

Many betting sites have both fighters with a minus number and a few have Nova as a slim underdog sitting as high as +115/+120. The experience level and more sustained success, even in losses, favor’s Lopez. It won’t be a walk in the park and should be two-way action until the final bell.

My Official Prediction is Adam Lopez by Split-Decision.

The last bout to preview and predict is the co-feature pairing unbeaten prospect Guido Vianello versus fringe contender Jonnie Rice. Like Lopez, don’t you dare sleep on Rice because of his misleading record of 15-6-1. Rice has fought multiple tough matchups, some on short notice, with his biggest wins coming back-to-back over Michael Coffie. Rice scored a 5th-round TKO the first time around, then came weighed in at 283 pounds, much higher in the rematch compared to 268 ½. He won by the decision but it was easy to tell he couldn’t match his first performance.

This boxing podcaster believes Jonnie Rice should win this fight; of course, it will come down to what kind of shape he’s in. Rice tipped the scales at 274 in Friday’s weigh in but it should be noted he took this opportunity around three weeks ago. Guido Vianello is still very raw; how much has he improved since his draw to Kingsley Ibeh over two years ago? Ibeh did manage to go 6 rounds with highly-touted heavyweight prospect Jared Anderson. This one here is a coin-toss flip to decide a winner based on not knowing how prepared Rice will be and some unknowns from Guido.

My Official Prediction is a Draw (Forced to choose Rice Decision)

Written by Chris Carlson Host/Producer of The Rope A Dope Radio Podcast Available at www.blogtalkradio.com/ropeadoperadio Follow on Twitter @RopeADopeRadio