The Grueling Truth - Where Legends Speak / A Look Back at The Greatest Fights of the 1970s: Danny “Little Red” Lopez vs Mike Ayala

A Look Back at The Greatest Fights of the 1970s: Danny “Little Red” Lopez vs Mike Ayala

Greatest fights of the 1970s

The 1970s were the Golden era of boxing for me, maybe because it was because I was a very young boy and loved watching the fights were, in a word, special. My father is with whom I got my love for boxing, and Danny”Little Red” Lopez was one of our favorites. You always knew you would get your money’s worth when Little Red fought. Even better, we got to watch him on free television, so it cost us nothing. We watched the fights on a 19-inch T.V., and yes, it was color, you had to hope it wouldn’t storm because if it did, the reception could be spotty, but it was awesome.

Despite being from Utah, Danny “Little Red” Lopez was one of the most loved fighters to fight in Los Angeles. Danny fought 32 of his 34 first pro fights in Los Angeles after following his brother Ernie “Red” Lopez (welterweight contender). Los Angeles fight fans loved Danny’s aggressive and assertive punching style. Danny, a tall 5’8″ man, prefers to fight inside rather than using his superior height of 126 pounds and fighting from the outside. The 26-year-old Lopez defeated David Kotey in Kotey’s native Ghana to win WBC Featherweight. He then traveled to San Antonio, Texas, to defend the title against Mike Ayala, a native of San Antonio.

Ayala was a talented boxer and had lost only one of his 22 professional fights. Even being an underdog, Ayala’s movement could frustrate Lopez, as Lopez is an all-offense and no-defense boxer. My father was right to predict that Ayala would frustrate Lopez, but not in the manner my father expected.

Both boxers were able to land solid combinations in the first round. Ayala tried to box from the outside, but in round two, she decided to use the “rope a dope” strategy. Ayala repeatedly hurt Lopez in rounds two, four, and five with a counter left hook from the ropes. He would then sit on the ropes to counter Lopez’s aggressive ways. Lopez’s tremendous hooks harmed Ayala in round 3. Round three was the only round Lopez clearly won early on. After the fifth round. 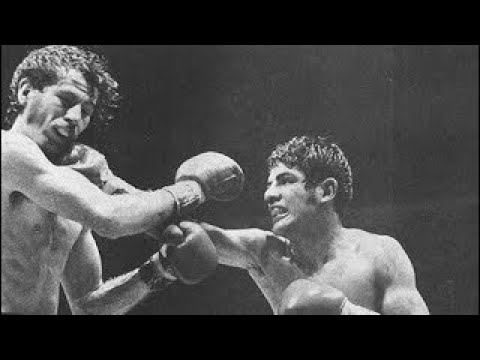 Lopez continued to body punch the next two rounds. Lopez kept digging right into Ayala’s ribcage, causing severe injuries to Ayala. Lopez finished the seventh round by knocking Ayala to the ground with vicious punches to the chin. At that point, it was obvious Ayala wouldn’t be able to last. Ayala proved me wrong, as he repeatedly hurt Lopez with left hooks that landed on the ropes. After a furious exchange, Ayala hit Lopez with a right cross that was a real pain. As both men pounded each other with power punches, the 10th round was a raging war. Ayala couldn’t keep up with the pace.

Lopez hit a huge left hook early in round 11. This dropped Ayala. Referee Carlos Padilla incorrectly counted Ayala out. Tony, Ayala’s father and trainer, argued with Padilla about the fact that his son had stood before the count of 10. Padilla ordered that the fight be restarted after discussing the matter with WBC representatives at the ringside. Padilla declared the end of the round after the timekeeper lost track of the remaining time. It was the first time I had seen a ref change his ruling.

The war continued as if it had never ended when the action was resumed. Rounds 12-14 saw a furious exchange. Ayala was still fighting with a broken nose, but he gave as much as he got. Lopez smashed Ayala with his wicked left hook in the 15th round. Lopez beat Ayala against the ropes, before finally knocking him out using a dynamic right cross.

After that fight, Lopez was forever changed. He lost his title eight months later and was relegated to a one-sided but competitive fight against future legend Salvador Sanchez. After his second fight against Sanchez, Lopez was 28 years old when he retired. Twelve years later, Lopez made an unwise comeback against a different fighter named Sanchez, a fighter with a record of 11 victories and 27 losses. That club fighter knocked out Lopez in the second round. Wisely, Lopez went back into permanent retirement.

Ayala said that he was under the influence of heroin during training and during the fight. Perhaps that is why he stayed on the ropes for most of the fight. Ayala would be awarded two more world title shots in his career. He was knocked out in both. At 33 years old, he retired.

Previous article
« Could Andrew Whitworth return to the Bengals?
Next article
The Top 10 Boston Bruins of All Time »