Top 7 Takeaways from another dominating Hoosier performance against Michigan State

Jackson-Davis ended the game with 31 points and 15 rebounds, four assists, five blocked shots, and four rebounds in just 39 minutes. His ability to establish superiority over the frontcourts of opposing teams has helped Indiana win its most recent games. What makes him great is how he gets others involved in the game; he is excellent at passing the Basketball, which makes it dangerous to try to double-team him. Trayce brings toughness to this team and has turned into the leader. The Hoosiers could make a deep run in March if he stays healthy.

Jackson-Davis was unable to be stopped by the Spartans, who pushed double teams and focused on Jackson-Davis around the basket. It didn’t matter.

With five minutes left in the first period, Jackson-Davis was the catalyst for Indiana’s energy. He performed a transition dunk on Joey Hauser of Michigan State. The move included a staredown. He gave Indiana the momentum they needed to take the lead. They only lost it briefly in the second. 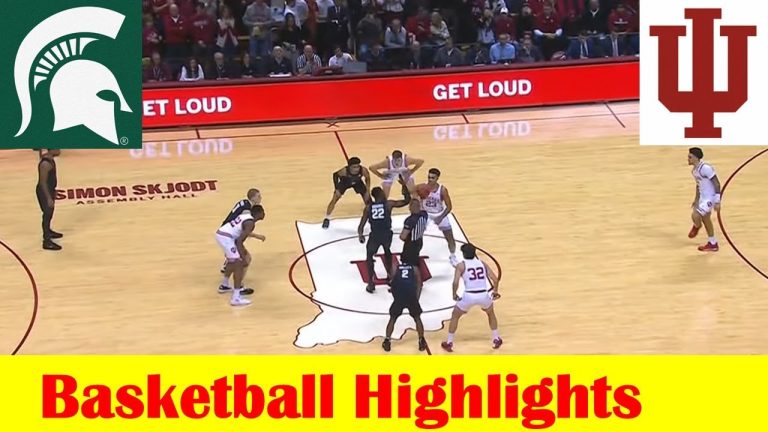 2) Woodson is progressing as a coach

It’s different being a head college basketball coach and being a head coach in the NBA. I think it’s taken Woodson time to learn the differences, and we have seen him improve more and more with each game. The Hoosiers lost Xavier Johnson and Race Thompson, which a few games ago looked disastrous. Credit to Coach Woodson for figuring out the right buttons to push with this team.

Race Thompson was able to return to the floor for his first time since January 5, when he sustained a leg injury against Iowa.

Thompson looked relaxed and dressed in pregame. He had a brace placed on his right knee.

Thompson was not expected to be back until February. However, Sunday’s game showed that he wasn’t fully recovered from his injury. Thompson played only four minutes, and he could only return in the second period when Reneau fouled out. Indiana needed another big man.

Thompson’s stats line had three fouls as the highest number. His statistical impact on the game was negligible, with no assists, rebounds, or points. However, it is clear that Indiana is happy to have him back and that the team’s ceiling will only get higher when he returns to total health.

He wasn’t ready to go yesterday, but his playing time should slowly go up in the next week or two. 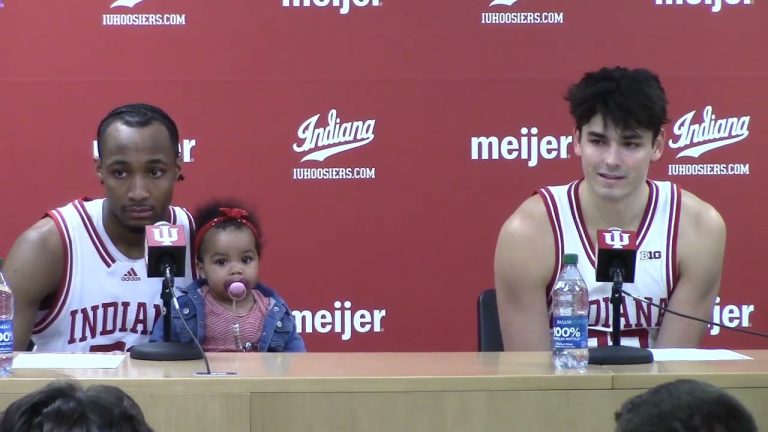 4) Indiana is the second-best team in the Big Ten

I know the Hoosiers are just a .500 team right now in the Big Ten, but this team is starting to play up to their preseason accolades. Purdue is the best team now, but being the best team now means nothing. The goal is to be the best team come March. The Hoosiers will get a shot at Purdue here shortly, and Indiana has a real shot at beating Purdue. The rest of the Big Ten seems to be an inconsistent mess, and the Hoosiers have a shot at climbing the conference standings at a fast rate.

5) Offense recovers from a slow start

It didn’t go according to plan Sunday. Basketball is unpredictable. Indiana started the first and second halves with low energy, allowing Michigan State to capitalize upon multiple miscues.

The Spartans dominated the first ten minutes of the first half. They held a steady lead of multiple possessions until just under six minutes before halftime. The situation was not as dire in the second half. However, a six-point scoring run by Michigan State showed the stagnancy of Indiana’s offense.

The Hoosiers’ slow start didn’t have as significant an impact on the game as their fastbreaks or scoring runs. It was great to see the Hoosiers start slow and be able to overcome it.

During the Hoosiers three-game losing streak, it was clear that there was little to no connection between the players on the court. They played with no intensity or emotion, that has all changed and a tip of the cap for that has to go to Coach Woodson.

Indiana has been high functioning over the past three games. Sunday’s win was a great example of that. The players make the extra screen. They are communicating and playing for each other.

Trey Galloway and Bates had a great run, going 3-for-3 from deep and 5-for-8 overall. This gave them 13 points. Malik Reneau had six points and five hard-earned rebounding to his credit, some of the most impressive minutes in his career.

Trayce Jackson Davis said that we have finally become comfortable with the new unit. “We just have to keep moving, and the guys need to keep up their game.”

Situational awareness and communication were vital in avoiding missed opportunities and silly mistakes. Once the Hoosiers had found their groove, it was nearly impossible for the Spartans not to continue the momentum. 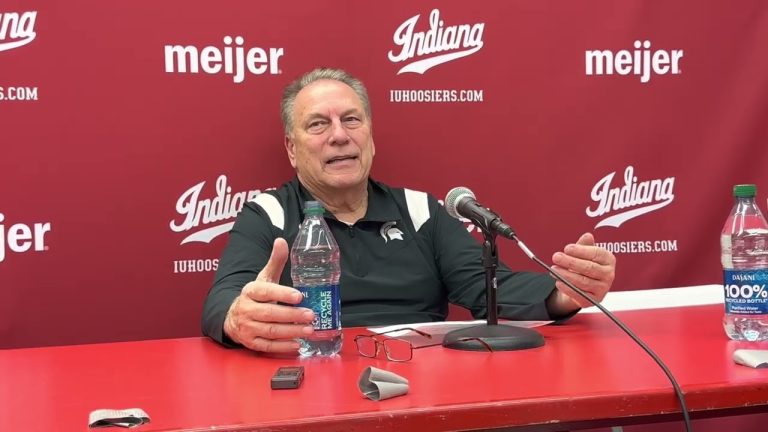 7) Tamar Bates has a great game

Tamar Bates was due to play a significant role; you could feel him ready to break out as of late. He had not been able to meet his expectations since January and wasn’t producing the results Indiana required. His shot selection was sloppy and often failed.

Bates scored 17 points and grabbed three rebounds after coming off the bench against Michigan State. He did this in just 27 minutes.

Fifteen of his points were from beyond the arc. Bates was 5-for-6 from deep.

Bates’ energy, confidence, and determination helped Indiana win the game. In a Michigan State game that seemed set on making the Hoosiers shoot 3-pointers every chance they got, Bates rose to the occasion.