The Grueling Truth - Where Legends Speak / Top 4 Takeaways from Indiana’s 89-75 loss to the Arizona Wildcats: No the sky is not falling

Top 4 Takeaways from Indiana’s 89-75 loss to the Arizona Wildcats: No the sky is not falling

The Hoosiers battled one of the most talented teams in College Basketball on Saturday night, and they came up short 89-75 in a much more competitive game than the final score shows. So what can we take away from this game?

Check out the top sportsbooks for betting on Indiana Basketball

In the second half, the Wildcats made 6 of 13 threes and moved the ball well. They also assisted on 11 of 16 field goals. The teams shot identical 10-of-25 threes, but Arizona had an inside-out presence, resulting in Indiana allowing the most points this season. Arizona’s 1.279 points per possession were the highest allowed by IU during Mike Woodson’s tenure.

The Wildcats are one of the tougher-to-defend teams in the country, but Indiana’s defense was lacking on the perimeter in the second half. The switching was not crisp, and the close-outs were a day late and a dollar short. Check out our best basketball betting strategies.

2) Manhandled on the inside

Despite Indiana’s dominance of the paint for much of the season, Arizona had a 42-22 point advantage in the paint. Arizona also outrebounded IU 44 to 34, including 16 offensive rebounds. The Wildcats were the first opponent that IU had faced with a larger team upfront. They could disrupt IU’s shot in the paint and establish a very low post position for scoring opportunities that were too difficult. Trayce Jackson Davis had difficulties with the wildcats’ strength inside, and he looked like a man playing against boys. Now, that could have been helped out if Indiana could have shot better from the outside. 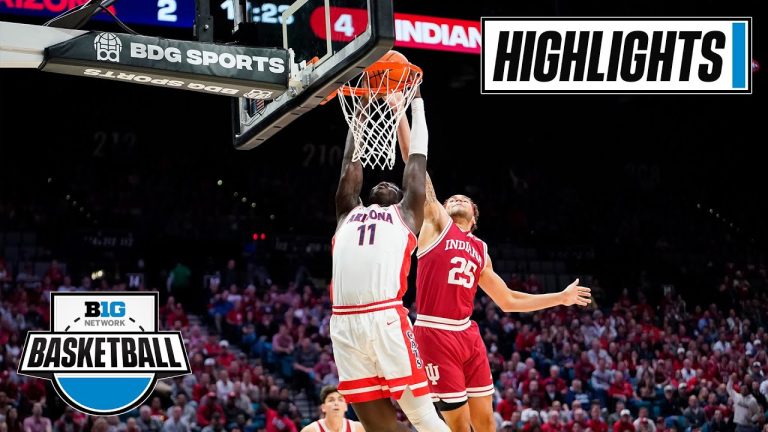 The Hoosiers fell behind quickly, 28-9, and it seemed like the rest of the game, the Hoosiers would get it down to a five or six-point deficit and the next thing you know, it would be back up to 14. Arizona has too many weapons to lose a game where they have a big lead early; they have to many weapons that can stop a big run.

4) Is this the same old same old

I don’t think it is. Indiana kept battling the entire night; the team had no quit. Also, in the long run, playing games against teams like Arizona only make you better. The Hoosiers have more upside than Arizona, and let’s face it; the Wildcats played out of their minds on Saturday night. By more upside, the Hoosiers are a young team with guys that will only get better by playing games like this. We have seen improvement from the likes of Tamar Bates and Xavier Johnson playing well, Arizona is not an unbeatable team; just a few nights before this, they lost to Utah. I think this game was more of Arizona playing as well as they could in all phases of the game, and the Hoosiers, while they played hard, did not play very smart.

Hoosier fans need to relax and let the next few weeks play out; by then, we will know if this is more of the same old same old.

These next five or six games are crucial for Coach Woodson, and hopefully, this team can mature quickly and put Hoosier fans’ minds at ease. Right now, we can only hope.