Top 10 Teams to not win an NBA Championship

The best that came up short!

They had Dirk Nowitzki in his absolute prime, averaging 24.6 points per game that year. They got great seasons from both Jason Terry and Josh Howard, and Jerry Stackhouse provided scoring off the bench. But they ran into a 42-40 Golden State Warriors team led by Baron Davis and somehow got beat in the first round of the playoffs in six games. 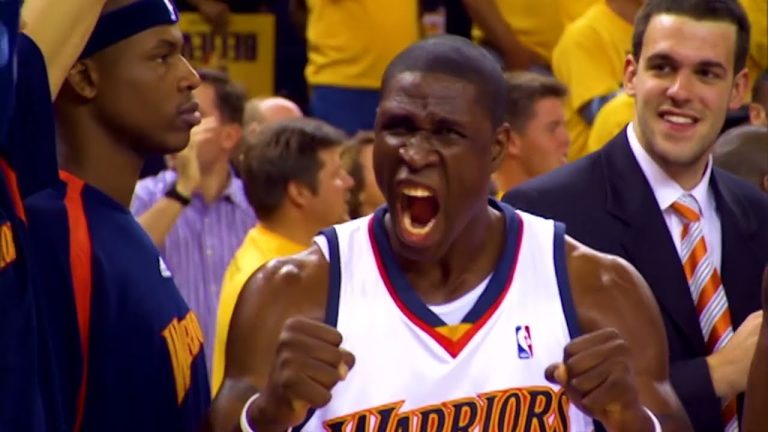 Check out the top sportsbooks for betting on the NBA!

The Blazers made the Finals and came up short in 1990 and 1992; in between was their best team. Clyde Drexler led a deep team that featured a young Terry Porter, Kevin Duckworth, and Drazen Petrovic to a 63-19 record, the best in the NBA. The Blazers would run into the Los Angeles Lakers and Magic Johnson and lose in six games. 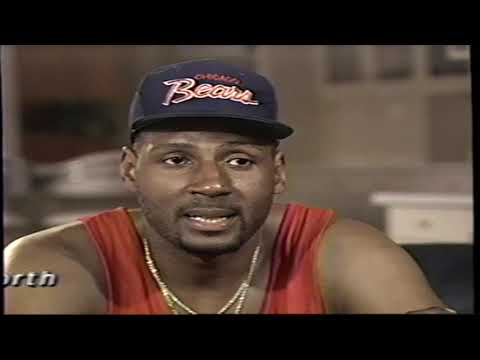 Running Down A Dream: 1991 Portland Trailblazers

The Sonics made a great run through the regular season schedule, finishing with a 64-18 record second only to the Chicago Bulls and their record-breaking 72-10 season. The Supersonics had earned the number one seed two years before this but were upset by the Denver Nuggets, so the Sonics were consistent contenders at this time, and they finally broke through in 1996. The Sonics took down the Sacramento Kings, Houston Rockets, and Utah Jazz before facing off with the Bulls; the Bulls would run out to 3 games to no advantage before the Sonics would get the ship righted, winning two straight at home. The Bulls ended the Sonics hopes in game six at the old Chicago Stadium. 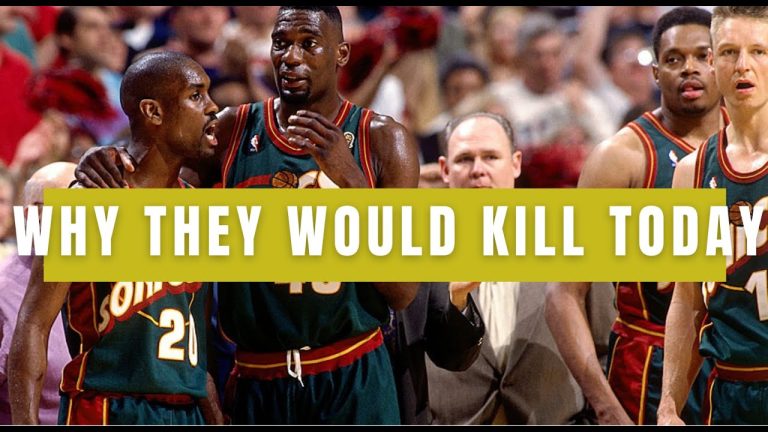 Why The 96 Seattle Supersonics Would Dominate Todays NBA

In the 1996-97 season, the Jazz was second to the Michael Jordan-led Bulls in every significant category. The Jazz would make it to the finals and come up short in six games. This team had an all-time point guard in John Stockton and an all-time power forward in Karl Malone. They weren’t good enough to beat one of the NBA’s greatest teams. 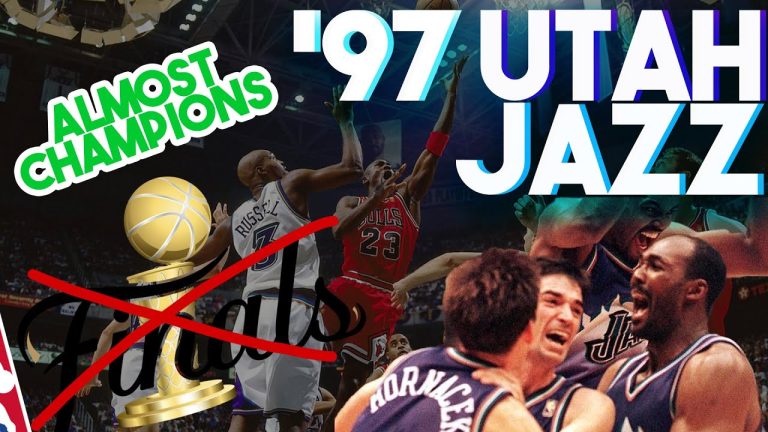 During the 2015-16 season, Kawhi Leonard blossomed into a two-way superstar who was finally granted the flexibility to operate outside the rigid confines of head coach Gregg Popovich’s vaunted system; Tim Duncan played fewer minutes but thrived on the defensive end, to the point that he should’ve received some fringe Defensive Player of the Year consideration; Manu Ginobili kept excelling, and Danny Green overcame an inconsistent jumper with fantastic perimeter defense. The Spurs looked destined to clash with the record-setting Warriors; at least that was the case until the OKC Thunder upset the Spurs in the Conference semifinals. 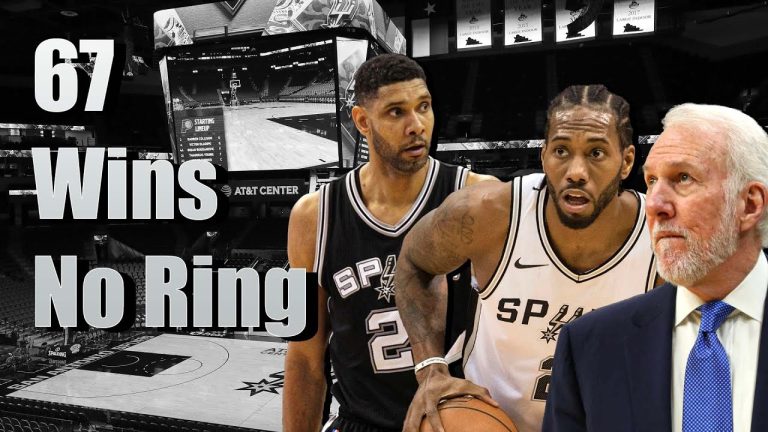 Led by 1993 NBA regular season MVP Charles Barkley, the Suns finished the season 62-20 with the best record in the league and charged past the Lakers, Spurs, and Sonics in the Western Conference playoffs. The Suns had the homecourt advantage against the Bulls, but these were the Bulls, and it didn’t matter as the Bulls won all three games played in Phoenix. In the Suns defense, they did win two out of three in Chicago, but in the end, the Bulls were just a better team. The Wild card in this whole thing has always been what if Cedric Cebbalos would have played? Ceballos was injured and missed the entire series, and you have to wonder, with as close as the games were, would he have made a difference? 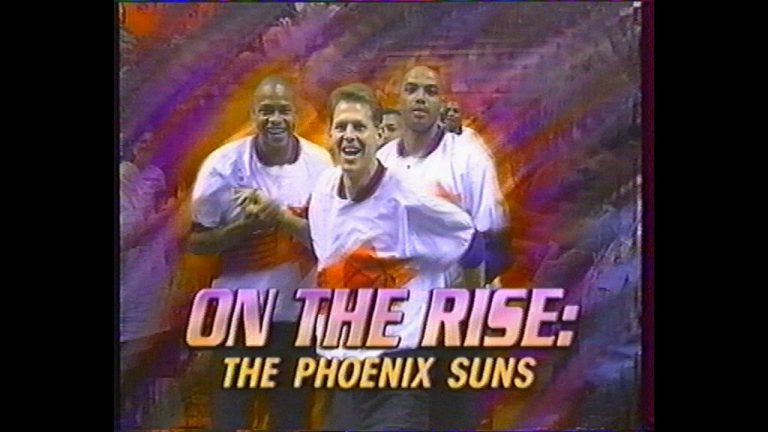 A Lakers/Celtics rematch looked inevitable until Houston’s “Twin Tower” threw a wrench in those plans! The Lakers looked to repeat as NBA Champions, after sweeping the San Antonio Spurs in three games in the First Round, and then defeating the Dallas Mavericks in six games in the Semifinals in the playoffs, but were unable to defend their title because of Houston and a miraculous game five-shot at the forum from Ralph Sampson. The Lakers would rebound the next year and beat the Celtics in six games. 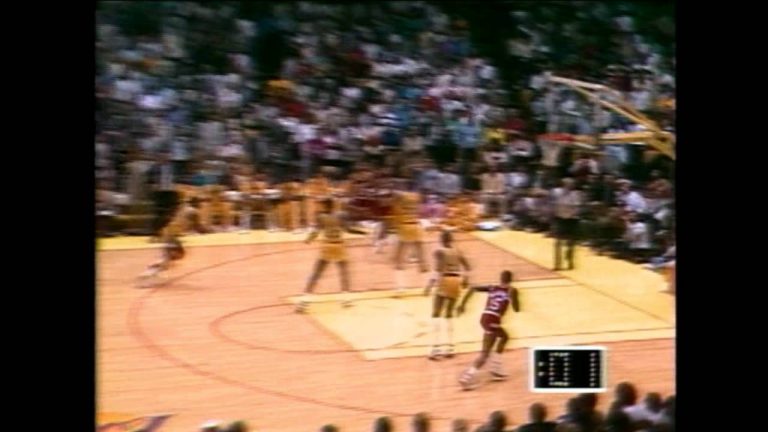 Ralph Sampson Shocks the Lakers with the Game Winner

Check out the top sportsbook bonuses for betting on the NBA

Head Coach Tommy Heinsohn led Boston Celtics to a 68-14 record, the second-best regular-season record in NBA history. The team had several legendary NBA names, including John Havlicek, Dave Cowens, Jo Jo White, Paul Silas, and Don Nelson. Havlicek injured his shoulder in the Eastern Conference finals with the New York Knicks, and the Knicks would go on to upset the Celtics in seven games. 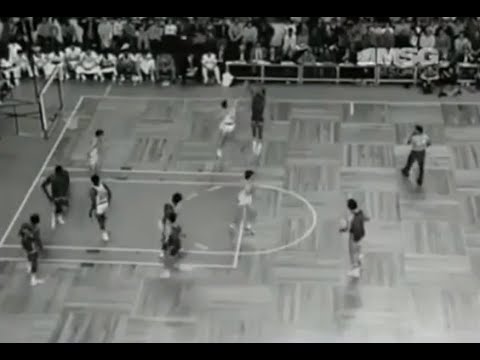 The Bucks were loaded on both sides of the court; the only problem was that they had to get past the Los Angeles Lakers, who were a historically significant team. The Bucks led the NBA in defense and ranked number two on the offensive side of the court. The defensive side was led by Kareem Abdul-Jabbar, Bob Dandridge, Lucius Allen and a whole system of quality stoppers. The offense thrived with Abdul-Jabbar’s skyhooks, Oscar Robertson’s all-around excellence and three more players—Dandridge, Allen and Jon McGlocklin—averaging in double figures. This Bucks team was deep and loaded. 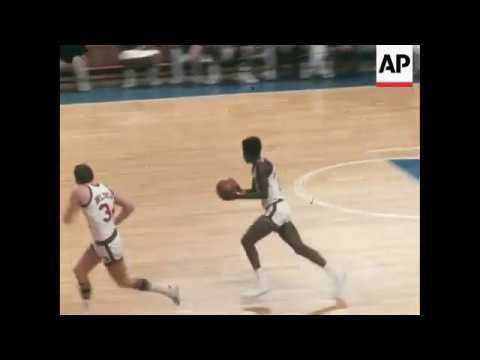 After a record-setting 73-9 regular season, it seemed impossible that the Warriors wouldn’t win another NBA title, but that’s precisely what happened. The way it happened made it seem even more surreal as they led the Cleveland Cavaliers 3 games to 1. After the warriors had come back from a 3-1 deficit to the Thunder in the Western Finals, this Warriors team is the equivalent of the Patriots who went undefeated and lost to the Giants in the Super Bowl.