Nover, even though he was not part of the large recruiting class that followed him the next year at IU, redshirted his first school year and became part of that legendary group.

Nover guarded the other teams’ difficult defensive assignment, including Juwan Howard and Chris Weber. Nover was only 6-foot-8. However, his wingspan, shoulders, and athleticism made him a more prominent player than his physical stature. Nover High jumped seven feet in high school at Chesterton.

Nover was a starter in 91 games throughout his career. He became an offensive threat as a senior and averaged 11.0 points for a 17-1 Big Ten team. Nover shot 62.8 per cent from the floor in that year. 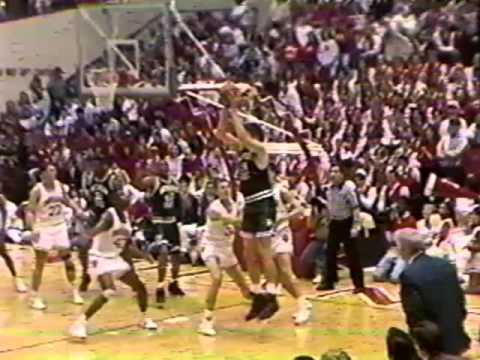 Lewis was a high scorer in high school and changed his game at Indiana. He was a big-time distributor of the basketball at Indiana in its history, not just for the years he was there. He is an all-time great assist man..

One of those records is the 15-game record (alongside Keith Smart), a Big Ten record for game assists. His 545 career assists, which were school records until Yogi Ferrell surpassed it in 2015, are also among them.

Lewis could score, but his willingness and ability to share led to A.J. Guyton being the big scorer in Bloomington. Lewis was still an excellent offensive player as a senior. He averaged 10.3 points and shot 51.9 per cent from the floor. This was the same rate as his junior season (51.8 per cent). 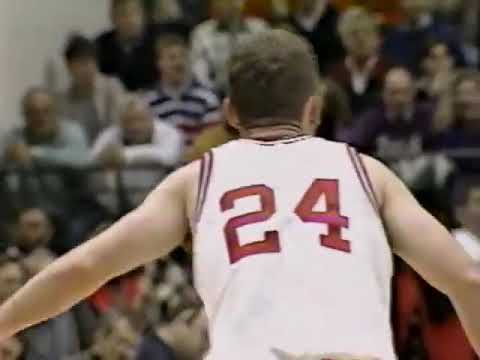 Jasper Indiana’s very own Michael Lewis for three as an Indiana Hoosier!

While he might not have achieved the high ranking he had at Abilene High School, Texas, Andrae was a productive four-year player at Indiana, with some exceptional single-game performances.

Patterson’s final three seasons saw him average in the double figures, with a top score of 13.7 points per game. Average for his junior season.

He had one of the most impressive single-game performances by a Hoosier in his junior season, at least for the past 30 years. In Madison Square Garden’s final Preseason NIT, Patterson almost beat Duke himself. The 6-foot-8 forward scored 39 points to help IU beat the Blue Devils. This performance was just two days after he had scored a long buzzer-beater-winning shot on the same court against a good Evansville team.

Patterson scored 26 points against Oklahoma in the NCAA tournament’s first round and stood out.

In the late 80s, Eric Anderson was a prominent recruit for Bob Knight and the Hoosiers. The 6-foot-9 forward, St. Francis de Sales near Chicago, was a  McDonald’s All-American and significantly impacted Bloomington.

Anderson was quickly promoted to the starting line-up and averaged 11.9 points per game and 6.1 rebounds per match on the 1988-1989 Big Ten championship team. As a sophomore, Anderson increased that number to 16.3 points per game.

He became more of a go-to-guy in his last two years, as Calbert Cheaney and Alan Henderson emerged. After Indiana lost the Big Ten title to Purdue in March 1992, Bob Knight famously removed Anderson and Jamal Meeks from the bench. Anderson responded positively and was named West Regional MVP of the NCAA tournament. He helped lead Indiana to the Final Four. 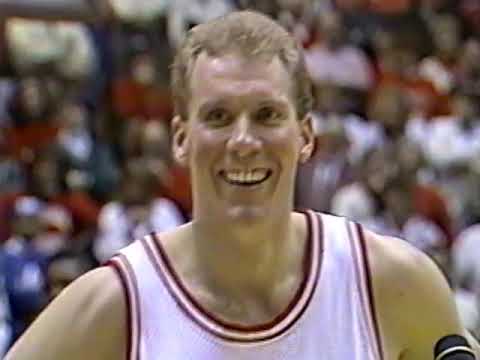 Guyton averaged 16 points per game over his three final seasons. He was awarded All-American honors.

Guyton, who was only 6-foot-1, was an incredible shooter. He could also use his long arms for creative finishing inside-off drives. Guyton’s record of 283 made three-pointers in a career is still the Indiana record. 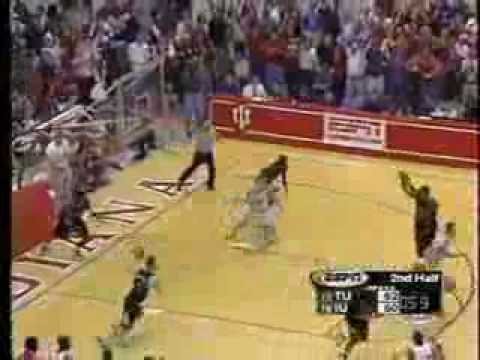 Brian Evans filled the void left by Alan Henderson’s graduation. In 1995-96, Evans was a great player. He was the first Hoosier to earn the Big Ten scoring title, scoring 22.2 points per game and grabbing 7.1 rebounds. He was the Big Ten Most Valuable Player that year and the only Hoosier to do so since Calbert Cheaney.

He was a quiet player on the 1992-93 loaded team and emerged as a redshirt sophomore in the next season. He averaged 11.9 points per game and 6.8 rebounds to help lead the team to the Sweet Sixteen.

Evans was a great shooter for someone who played many big forwards. Evans hit 62 threes in his Indiana career and was 84.7 per cent from the charity stripe.

Evans’s numbers would have been even higher if he hadn’t suffered a shoulder injury that hurt his overall numbers. 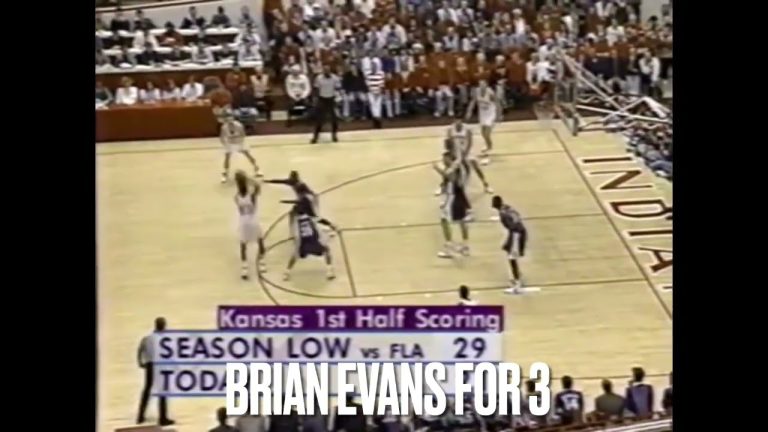 Greg Graham’s outstanding career at Indiana was overshadowed somewhat by Bailey and Henderson.

Graham, 6’4″, was an elite athlete with strength and great hands. However, he improved his shooting skills during his junior season, which made him a tough guard and eventually a first-round NBA selection.

As a sophomore, Graham scored 11.4 points per game as a solid player. However, he only managed seven threes that season. He would score 89 threes the next two years, hitting a remarkable 51.4 per cent rate and hitting 57-for-112 from distance in his senior year.

Graham was also a great defensive player and would terrorize backcourts with Chris Reynolds, his classmate.

Graham averaged 16.5 points per match in his senior season. He set a Hoosier record in February of that year with 26-for-28 free shots in a home victory over Purdue. Don Schlundt held the record for almost 35 years. 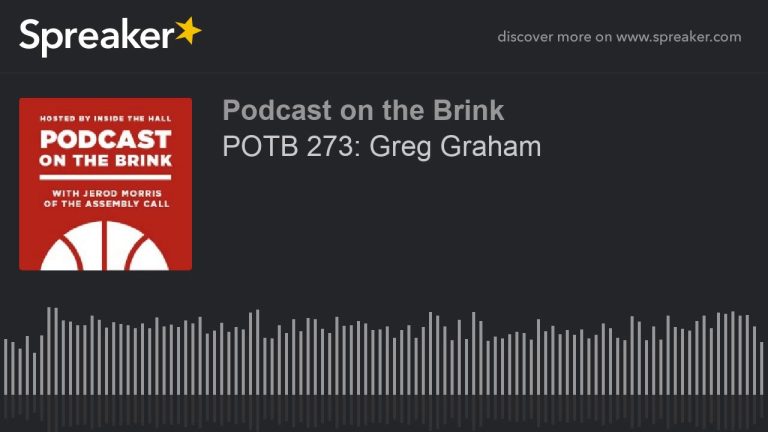 Damon Bailey was the Hoosier who brought more attention to Indiana than any other Hoosier, outside of Bob Knight. Bailey was eighteen when the Season on Brink book brought him to the forefront. His high school career was legendary. He broke the all-time scoring record and led Bedford North Lawrence to the state title as a senior.

Bailey, as a Hoosier, averaged double figures each year. Bailey excelled as a shooter throughout his career. He finished it with 166 made 3s and a 43.7 per cent success rate.

After Cheaney, Greg Graham graduated in 1993; Bailey became a go-to-player. He averaged 19.6 points per game, 4.2 rebounding, and 4.3 assists per match. After the season, he was awarded All-American recognition.

Bailey was a member of four Indiana teams that advanced to the Sweet Sixteen. This feat is unmatched by any other Hoosier.

Bailey currently is top ten and points and assists all time. 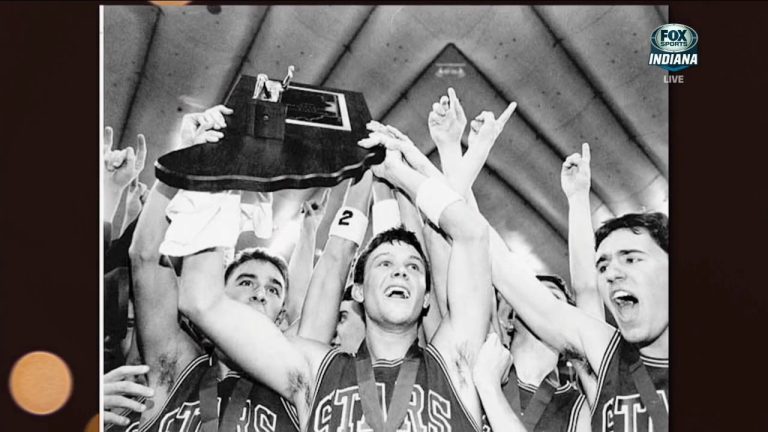 The legend of Damon Bailey

Check out a great sportsbook to bet on the Indiana Hoosiers

The 6-foot-9 Henderson was the missing piece in a talented group he joined for the 1991-92 season. Henderson, a top-10 ranked prospect from Brebeuf High School in Indianapolis, was the perfect inside scoring presence and rebounder for the team.

Henderson averaged 11.6 points per game as a freshman and 7.2 rebounds per match. When he suffered a knee injury in his second season, the Hoosiers were ranked No. 1 in the nation.

Henderson returned to 100 per cent for his senior season. He averaged 23.5 points per contest and earned All-American honors.

He was a consistent rebounder throughout his entire career. Henderson broke Walt Bellamy’s Indiana career record for rebounding and holds that record even today. He is also third in double-doubles with 49. 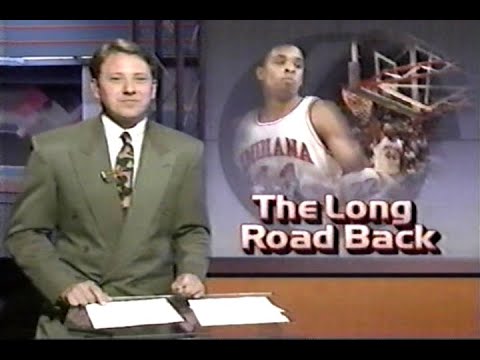 Calbert Cheaney is the best player in this decade; there’s no question about that. Cheaney, still the Big Ten’s leading scorer, was a rare three-time All-American and was the consensus Player-of-the-Year (Wooden Award) winner in 1992-93.

Cheaney, while not as well-known as his high school classmates, was a good player from the beginning. He averaged 17.1 points per match as a freshman and then increased to 22.4 per game as senior.

Cheaney’s sweet lefty jumper perfectly matched Bob Knight’s motion offense. He was also skilled at driving the ball, particularly on baseline drives, where he often ended with a dunk.

Cheaney averaged 54.9 per cent efficiency from the floor and 43.9 per cent behind the arc for his entire career. His last three teams won two league championships and were 46-8 in the Big Ten regular season. They also had a 17-1 record in 1992-93. The 1991-92 team reached the Final Four.

The 1992-93 team was ranked No. 1 for most of the season, but Alan Henderson suffered a knee injury that cost the team a perfect conference season and a trip to the Final Four. Cheaney’s dominant 32-point performance against Louisville in the NCAA tournament of 1993 was a highlight. He missed only two of the 12 shots. The Hoosiers lost to Kansas in the regional final. 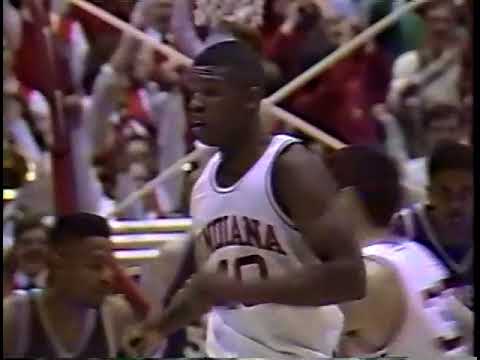