The Grueling Truth - Where Legends Speak / Sweet 16 Preview and Predictions

Will the upsets continue?

As we move into the sweet 16, there are more than a couple of contenders to be a Cinderella and make it to the final four. Will any of them get through? Today we will look at each matchup and give you our picks against the spread. We will be using the lines from Caesars Sportsbook, our number one sportsbook provider.

The Zags struggled to get past the Memphis Tigers, and they also had issues until the second half against Georgia State. Arkansas won their first two games but were not overly impressive either. The Zags beat Memphis, and they had to come from behind to do it, but in my opinion, the Tigers are a more talented team than Arkansas, even though the Razorbacks are the higher seed between the two. Gonzaga matches up much better against Arkansas than they did against Memphis. The Zags are an excellent defensive team, and the Razorbacks tend to struggle on the offensive end of the court. I know there are a lot of points to give in a game of this magnitude, but the Zags will cover this spread by 10-15 points. Pick Zags -8.5

Check out these top sportsbook providers!

Michigan was lucky to make the tournament at 17-14, but you have to remember that this team’s talent was so great that they were in everybody’s top 10 at the start of the season. Villanova is a program that expects to contend for a National Championship, and this year has been no exception. Villanova is playing their best defense of the season as they have not allowed more than 65 points in their last six games. The Wolverines are not a great defensive team, and while I think this will be a close game, I like the Wildcat’s ability as a team to shoot free throws. I envision a two or three-point game with a minute left and Villanova finishing off the Wolverines at the free-throw line and winning by 6-8 points. Pick Villanova -5 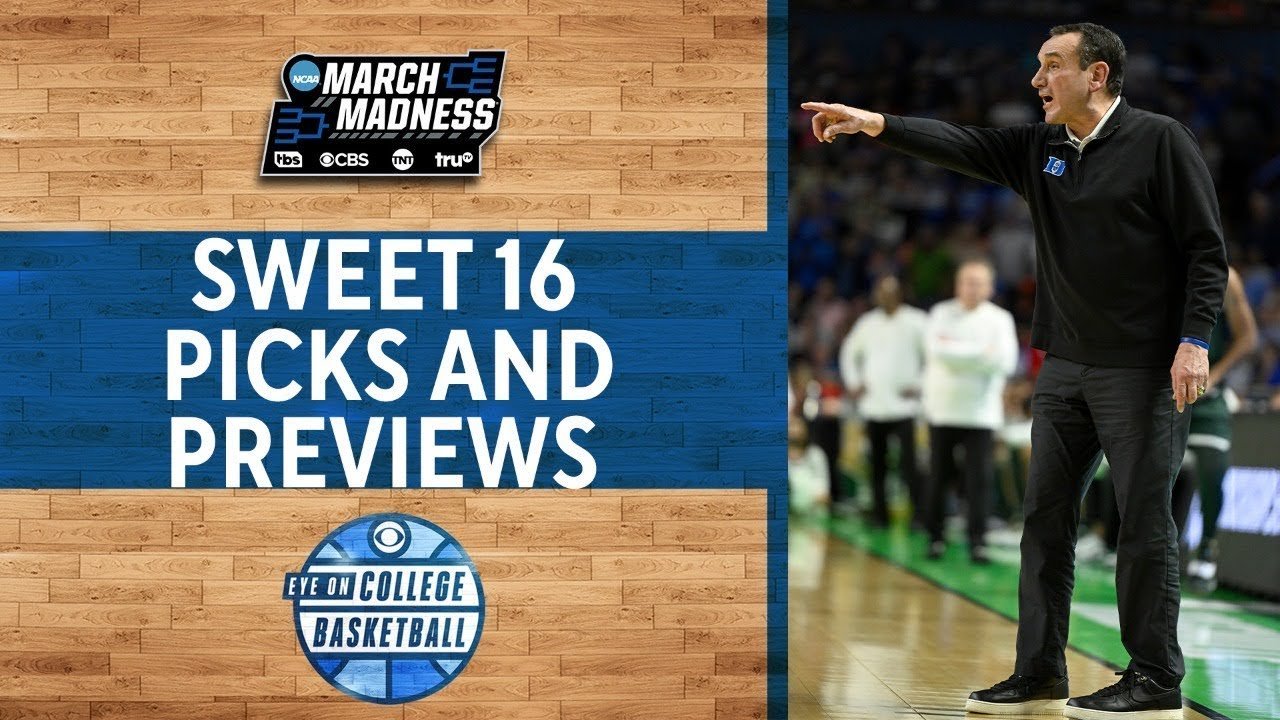 Surprisingly to some people is that the Red Raiders are favored in this game. Those in the know probably factor in the strength of the two conferences. Texas Tech is the No. 1 defense in the country in points allowed on a per-possession basis away from home, while Duke has surrendered at least 76 points in five of their last six games. Defense will be a massive factor in deciding this game. Tech doesn’t have a highly efficient offense, but they are great on the offensive boards. The Red Raiders are a much better team than Duke’s second-round opponent Michigan State was, and it’s hard to forget just how young the Blue Devils are. Pick Texas Tech -1

If you are planning on betting games in this tournament, check out our guide to sports betting. This game is maybe the most intriguing of all the regional semifinal games. The Wildcats have scored at least 81 points in eight straight games and 12 of their last 13. The Cougars have been consistent on offense, with 68 points or more in 11 of their previous 12 games, and remember, the Cougars lost a couple of big-time players at the start of the season. Head Coach Kelvin Sampson has done a great job with this program. This is a challenging game to pick. Pick Houston +2

The Peacocks got here on the strength of being one of the top defensive teams in the Nation and defending the post and almost anybody. Purdue is fourth in the country in three-point shooting percentage but is making just 32.5% of their threes the past eight games and now must execute against a St. Peter’s defense that is 16th in the country in opponent three-point shooting percentage (29.5%). The Boilermakers defense is nothing to write home about either. This point spread is way too high. Pick St. Peter’s +12.5

Check out the top sportsbook bonuses.

Coach Ed Cooley has done a masterful job with this Friars program, and they still don’t get the respect they deserve. These teams are outstanding on the defensive end of the floor, so points might be hard to come by in this one. The stat that sticks out to me is the one that tells me the Friars defense was better on the road than it was at home. Having allowed 68 points or fewer in six of its last seven games, Kansas enters, while Providence has scored 66 or fewer in three of its previous four. Pick Providence +8 and take the under 141.5

Recency bias has leaked into the spread on this game because just a couple of weeks ago, the Tar Heels were hanging out on the bubble just hoping to get into the tournament. UCLA was in the Final Four last year, and I think the Bruins should have been at worst a three seed. Pick UCLA -2

If you want to check out all of the new sportsbooks, we got you covered!

Nobody ever expected to see this matchup in the Regional Semi-Finals. Iowa State is coming off a year where they won just two games, and now they are just two wins from the Final Four! In the second round, Iowa State was helped by playing an over-seeded and overrated Wisconsin Badgers team. These teams are very similar to me, but the one glaring thing that stands out is that the Hurricanes are much more efficient on the offensive side of things. Pick Miami -1

FanDuel Bonus
Bet One, Get One: We’ll match your first bet placed up to $250 in free bets
T&Cs apply
9.4/10
Go to Sports Betting Bonus Comparison
Latest News
Will Spence vs Crawford happen this year?
Rumors have it that negotiations for the super-fight ...
NFL Week 4 SNF Chiefs/Bucs: Odds, Tips and Predictions 10/2/22
Odds for Chiefs/Bucs– 10/02/22 Chiefs/Bucs How To Watch ...
Von Miller says Lamar Jackson should be ‘highest-paid player in NFL’
The Buffalo Bills’ pass-rusher Von Miller recently said ...
College Football Week 5 Predictions: Ala/Ark, NC St/Clemson, UK/Miss, Okl.st/...
College Football Week 5 Predictions Week 4 gave ...
Compete in Daily Races at Stake.us
Have you signed up to Stake.us yet, and ...
Our Latest YouTube Videos

🏎 Who do you think will qualify on pole between the two championship contenders? Odds below provided by BetRivers Sportsbook!👇 https://t.co/UQsclu8Mby For more tips on the #SingaporeGP check out our article here! ⬇️ https://t.co/QVsvgCPM69 #F1 #Formula1 #F1Odds #F1Betting https://t.co/NAT6WntCRq