The Grueling Truth - Where Legends Speak / 20 Years On: Remembering the Pacers’ Key Trio

Can the Pacers defy the odds?

Back in 2000, Reggie Miller, Dale Davis and Jalen Rose were three prongs of an Indiana Pacers trident that nearly went all the way.

The benefits of looking back to 2000 for inspiration are naturally limited and hold more sentimental value than anything. Miller and Davis were picked to be NBA All-Stars after the 1999/00 campaign, while Jalen Rose was the NBA’s Most Improved Player. They remain the bar for the Pacers since that time, and a figure with anything near to Miller’s scoring potential would be a godsend for the Pacers right now. That said, credit must be given where due, with Domantas Sabonis locking out the high score and rebounds over the last three games.

A Psychological edge is needed

In particular, it was Miller’s deployment as a distance shooter in the years coming up to the millennium which made a lot of difference. While that may give the Pacers a precedent to find the best distance shooters in the league, such an approach only worked because Miller had that unique talent.

Having Larry Bird as a coach, with Bird himself being an accomplished 3-point specialist during his own playing days, undoubtedly sustained that main strength of Miller’s. It was the type of mutual bond that would see the odds of success against today’s Pacers squad shorten drastically.

On that very note, the range of NBA betting odds available shows just how much of a challenge lies ahead, as the Pacers look to right the wrongs of 2000 twenty years on. Even if merely backing one of the Pacers to win a personal honor, such as NBA MVP, any long-term bet in favor of the Pacers is an extremely brave one right now.

This is because a ‘big game’ mentality is something that the Pacers have lacked over the past two decades, with a recent example being the Pacers’ defeat in Game 62 of this campaign, in which they met expectations of a defeat at Milwaukee in early March. By contrast, the Pacers put up a brave fight in the 2000 NBA finals, even after going 2-0 down, going 2-2 over the next four installments: Agonizingly, Game 4 could have gone either way, with the Lakers winning out by just two points.

Value of experience not to be underestimated

On top of somebody who often scores 3-pointers for fun, all successful teams have someone with an equal balance between athleticism and pure playing experience. This is potentially where the example of Dale Davis’ own pan-millennial season comes into play.

The 1999/00 season represented his ninth as a pro, and like Miller, his age bracket clashed against the incoming agenda of focusing on youth talent after 2000. Yet, his presence in the 2000 playoffs demonstrated exactly what experience can do, especially if hosted by a towering 6’11 frame. Sadly for him, the late Kobe Bryant upstaged everyone on the court.

Today, Justin Holiday is the ‘father’ of the team, despite turning 31 only last month (on April 5). Notably, he is the only man in the roster born prior to 1990, firmly putting him in the spotlight as the team’s ‘experienced’ figure.

Understandably, some see his belief in the Pacers’ cause as a diluted one, given that he is very much a journeyman player. Nonetheless, this means that the best aspect of his deeper experience is his ability to adapt to new situations, and the team will need to draw on that as much as play for each other. 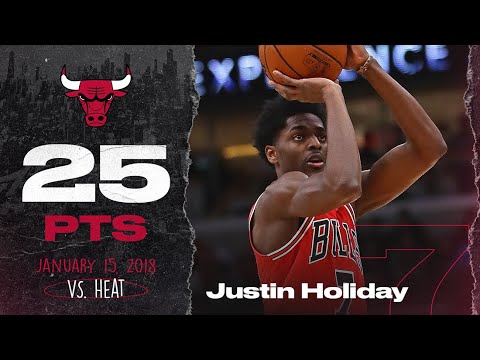 Seen here during his time with the Chicago Bulls, Holiday has also proven his skills as a distance shooter.

Will the Pacers justify or defy their odds against?

The present-day Pacers are not going to turn into the mid-1990s Bulls or a Lebron-powered Cavs team overnight. Both of those squads had the luxury of a hybrid approach, simultaneously building a gameplan around one man in particular, but also using him to maximize on the key talents of other players.

Should the 2019/20 season come to a conventional conclusion, then the Pacers’ next five games will be crucial. Four of them are set to be played on home turf, including an emotive clash against Miami Heat.

A win percent of 0.600 going into May was enough to put the Pacers within a whisker of the third-placed Boston Celtics, who were on 0.672 by that point. Ultimately, there is certainly momentum to build upon, regardless of when the Pacers return to action.